Five things to look out for on Oscars night 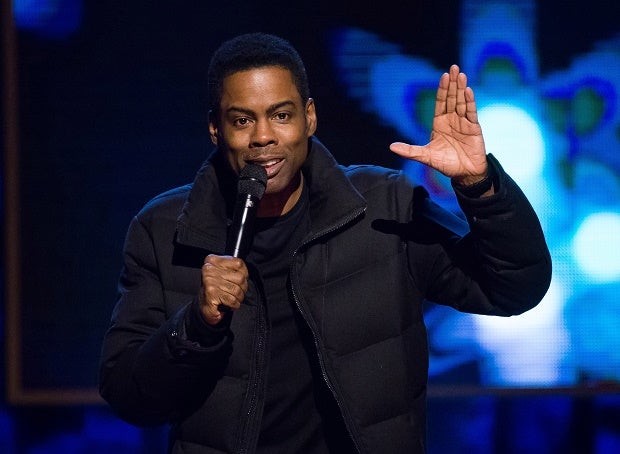 In this Feb. 28, 2015 file photo, comedian Chris Rock performs at Comedy Central’s “Night of Too Many Stars: America Comes Together for Autism Programs” in New York. Rock will return to host the Oscars for a second time. The shows producers say the prolific comedian-filmmaker will be at the helm for the 88th Academy Awards next February 28. He first hosted the awards ceremony in 2005. AP

HOLLYWOOD, United States — Many of the main categories at the Oscars appear to be locked down, if you listen to industry experts, but every year, the glitzy awards gala throws up plenty of surprises.

Here are five things to look out for at the 88th Academy Awards on Sunday:

All eyes will be on black comedian and actor Chris Rock, who returns to host the awards for a second time, despite calls for him to join a boycott sparked by the paucity of ethnic minority nominees in the acting categories.

It’s a balancing act for Rock, who is under pressure to bite the hand that feeds him but presumably doesn’t want to burn bridges in Hollywood with years of his career still ahead of him.

Insiders say the 51-year-old intends to give the embattled Academy of Motion Picture Arts and Sciences a fairly rough go of it, and has reworked his entire set to that end.

They say there’s no such thing as a sure-fire winner on Oscars night, but Leonardo DiCaprio might as well quit Hollywood and take up rhythmic gymnastics if he fails to bag the best actor prize for his grueling turn in “The Revenant.”

The 41-year-old has been an Oscar bridesmaid on four occasions and never the bride, despite almost a quarter of a century of acclaim for performances that have made him one of the most bankable stars in Tinseltown.

Every Oscarologist worthy of the title is backing DiCaprio to end his dry run, so it looks like the millions of dollars invested in his campaign will prove to be money well spent.

No dry eye for Sly?

Recalling the moment he discovered he was in contention to win his first Oscar, Sylvester Stallone told reporters of his pride that his daughters might finally see him “as an actor and not a bad golfer.”

The 69-year-old has carved out a place for himself in the Hollywood pantheon, but even he wouldn’t deny that the shine on his crown has been fading recently, his best roles seemingly behind him.

Thirty-nine years after missing out despite writing and acting nominations for “Rocky,” Stallone would bring the house down if he bagged the best supporting actor Oscar for bringing the heroic underdog boxer back to the screen in “Creed.”

The Brits are back in town

It’s as if they never went away. Twelve months after leading the charge in the acting categories, British talent or funding accounts for 41 nominations, around a third of the total.

Eddie Redmayne, Kate Winslet and Christian Bale are up for their second Oscar, while first-time nominees Mark Rylance, Charlotte Rampling and Tom Hardy could also win big on the night.

Many expect to see a Mexican hat-trick in the best director category, with Alejandro Gonzalez Inarritu (“The Revenant”) widely tipped to repeat after his win for dark comedy “Birdman” last year.

Only twice has a director won back-to-back Oscars — John Ford for “The Grapes of Wrath” and “How Green Was My Valley” in the early 1940s and Joseph L. Mankiewicz for “A Letter to Three Wives” and “All About Eve,” a decade later.

Incredibly, it would be three in a row for Mexico, two years after Alfonso Cuaron’s best director triumph for space thriller “Gravity.”