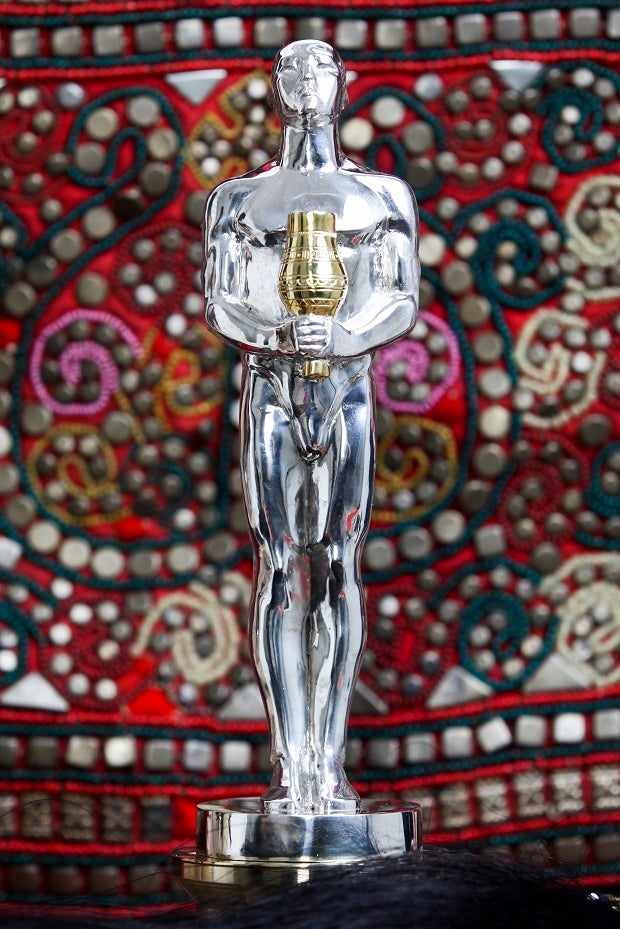 A fake Oscar statue made by residents of Russia’s far eastern Yakutia region, is on display in Yakutsk, about 4,800 kilometers (3,000 miles) east of Moscow, Friday, Feb. 26, 2016. Come what may at the upcoming Academy Awards, Leonardo DiCaprio will be given this statue which bears a close resemblance to the coveted award statue, after residents in Russia’s far eastern Yakutia region made it for DiCaprio whose grandmother was Russian, and is popular in the country. AP

YAKUTIA, Russia — Come what may at the Academy Awards, Leonardo DiCaprio will have an Oscar — or at least a close replica of the coveted statue.

Residents in Russia’s Far East have made a statue for DiCaprio that bears close resemblance to the Oscar prize and is made from donated metals. Nearly 150 DiCaprio fans from the Yakutia region donated the 1.5 kilograms of silver and 4 grams of gold to make the statue for the American, who is nominated in the best actor category for his role in “The Revenant.”

One fan, Anna Ivanova, says “even if DiCaprio does not receive an Oscar, he will still be our favorite.”

DiCaprio, whose grandmother was Russian, is popular in the country, and he met with Vladimir Putin in 2010 to discuss tiger conservation.

READ: Why Leonardo DiCaprio should (finally) win an Oscar this year