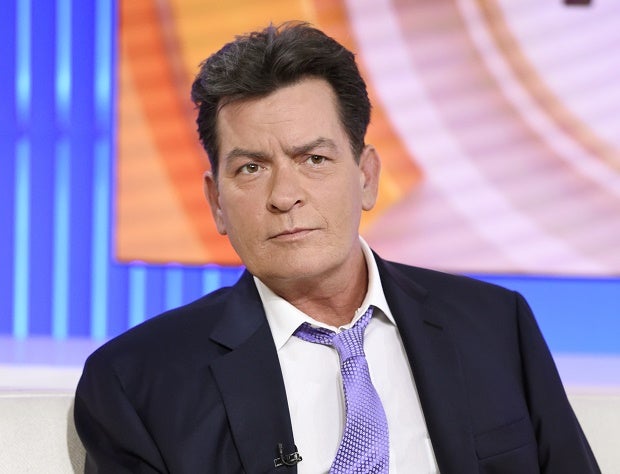 In this Tuesday, Nov. 17, 2015 photo, actor Charlie Sheen appears during an interview on NBC’s “Today” show in New York, saying he tested positive four years ago for the virus that causes AIDS. A new study released Monday, Feb. 22, 2016 found that Sheen’s revelation prompted the greatest number of HIV-related Google searches recorded in the United States since 2004. NBC via AP

MIAMI, United States—Actor Charlie Sheen’s announcement last year that he is HIV-positive led to a record number of Google searches for information about the virus that causes AIDS in the United States, researchers said Monday.

“Just as with celebrities Rock Hudson’s and Magic Johnson’s disclosures of their HIV-positive status, Sheen’s disclosure may be similarly reinvigorating awareness and prevention of HIV,” said the report in the Journal of the American Medical Association (JAMA) Internal Medicine.

Since Sheen’s announcement came only a few months ago—he revealed his status on NBC’s “Today” show on November 17—it is too early to say whether the hunt for information it inspired will translate into a drop in HIV diagnoses.

But researchers have found that Sheen’s news “corresponded with the greatest number of HIV-related Google searches ever recorded in the United States on a single day,” the report said.

“All searches regarding HIV were 417 percent higher than expected the day of Sheen’s disclosure.”

The team recorded some 2.75 million more Google searches using the term HIV than expected, based on previous trends.

There were also 1.25 million more searches than expected including terms for condoms, HIV symptoms or HIV testing.

The increased volume of these searches “spiked the hour of Sheen’s disclosure and remained higher 72 hours later,” said the report.

The study is based on an analysis of data from Google Trends and news archives from the Bloomberg Terminal, dating from November 17 to December 8.

But on the day of Sheen’s announcement, scientists documented a 265 percent increase in news reports mentioning HIV—97 percent of which also mentioned Sheen.

“An additional 6,500 stories were reported on Google News alone,” said the JAMA report.

“This placed Sheen’s disclosure among the top one percent of historic HIV-related media events.”

“While no one should be forced to reveal their HIV status and all diagnoses are tragic, Sheen’s disclosure may benefit public health by potentially helping many learn more about HIV and HIV prevention.”

US health officials say that about one in eight people who have HIV in the United States is unaware of his or her status.

More than 1.2 million people in the United States have human immunodeficiency virus, according to the US Centers for Disease Control and Prevention.

In the Internet age, Sheen’s disclosure could have an even wider impact than that of NBA legend Johnson, said co-author Eric Leas, a student of health communication at the University of California, San Diego.

“We have smartphones in our pockets that we can easily use to learn about HIV within seconds with a single search or click,” Leas said.

Ayers added that he is unaware of any public health campaigns using Sheen’s celebrity status to raise awareness about HIV prevention, perhaps because Sheen is a controversial figure.

“Sadly, the public health community may be missing the mark,” Ayers said.

“More must be done to make the Charlie Sheen effect larger and lasting.”