Portland-born Chris Botti, the son of a classically trained pianist and a teacher of the Italian and English languages, knew without a doubt at just 12 years old that mastering the trumpet, the brass instrument that has been around since 1500 BC, will be his life’s work.

And that’s all thanks to the legendary Miles Davis, whose haunting rendition of “My Funny Valentine” awakened in the young Botti the burning desire to make his own mark in the ever-expanding and wondrous world of contemporary pop and jazz.

“The emotional impact of his sound resonated with so many people, but for me, as a 12-year-old kid, it was like a lightning bolt,” 53-year-old Botti told the Inquirer in an e-mail. “I had never heard music played that melancholy and free, so I knew at that moment, I wanted to make the trumpet my career. I did not think about coming to Manila necessarily, or any of the big career stuff, but I knew I wanted to play music for the rest of my life,” he added.

And Botti, who started playing the trumpet when he was 9 years old, didn’t choose an easy instrument to conquer. He described the trumpet, which has the highest register in the brass family and a permanent fixture in orchestras and many concert bands, as being “considerably more taxing or difficult than the saxophone,” thus there are not as many players who possess the unique and difficult skill set needed to coax beautiful music out of it.

“Maybe that’s been an incredible asset to me, to be able to stand out among the crowd of one or two or three, rather than 200 or 300. I think that maybe, not playing the sax or the guitar or the piano and playing a much more elusive instrument has helped me greatly,” shared the multi-Grammy winner.

He moved to New York in the 1980s and had the great fortune of furthering his education while touring with other music greats such as Frank Sinatra, Natalie Cole and Joni Mitchell and, more extensively, with Paul Simon and Sting.

From them, Botti said he learned that to be the best, you have to surround yourself with the best, too.

“I definitely think that whether it’s Paul or Sting or somebody like them, their strong conviction about having great musicians around them has been important and impactful to their careers,” said Botti.

“I followed that mentality, and it has helped my career in so many ways, by surrounding myself with great people and trying to show them respect and wanting respect from them, as well,” Botti added.

But of all the esteemed artists Botti worked with, it is Sting (former principal songwriter and frontman of the hugely successful The Police) to whom he said he owed a big part of his career.

He credits the holder of 16 Grammy awards for having given him his big breaks, and also a greater appreciation for the discipline that goes into making a meaningful career in music. 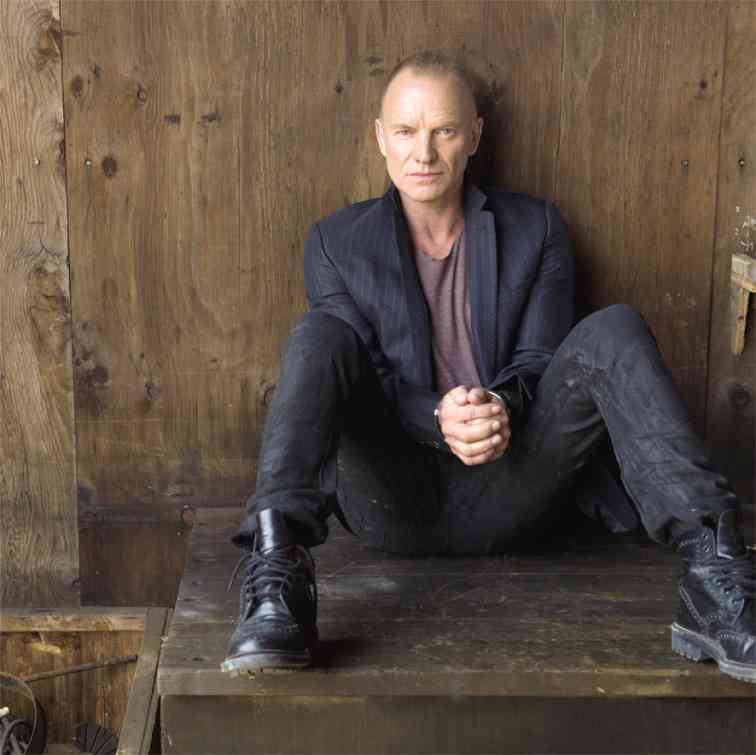 “I’ve learned so much from him, such as finding passion in routine: getting up, practicing, doing yoga, traveling with the band.

“In many ways, I have patterned my career after what I learned being around him for those two or three years on the Brand New Day tour,” said Botti.

“The opportunity to be his opening act throughout the world—that really launched my career in a big way. He’s always been the biggest supporter and best friend, and he’s like my big brother, really,” he added.

Botti, who has gotten critical acclaim for his consummate breath control and “dark” and “melancholic” style of playing, has since stepped out of Sting’s intimidating shadow.

From the release of his 2004 album, “When I Fall in Love,” Botti has become the biggest-selling American instrumental artist, whose music swings effortlessly from jazz to pop.

He has four No.1 jazz albums and has multiple gold, platinum and Grammy awards, a career that will make even Miles Davis proud.

Botti has gone around the world and sold more than four million albums, and has showed no signs of hanging up his trumpet.

It thus fills him with great joy to be given yet another chance to share the stage with Sting in their one-night show at Resorts World Manila on March 3, their first time to perform together in the Philippines.

Read Next
Daunting challenges bring out the best and worst in globetrotting contestants
EDITORS' PICK
Countries with confirmed cases of coronavirus
SM continues to send relief assistance to remote towns in Batangas
FlipTop rapper Loonie freed on bail
China expands lockdown against virus, fast-tracks hospital
Get exciting deals and discounts when you download the new McDonald’s App
‘A greener, cleaner tomorrow’: A how-to guide for Filipinos who want to help with today’s energy crisis
MOST READ
Taal’s sulfur dioxide emission increases
No time for revelry; Tagaytay instead plans for alert level 5
Megan Young, Mikael Daez get married
Palace: US Senate move also made Duterte junk VFA
Follow @tinaarceodumlao on Twitter
Don't miss out on the latest news and information.