Daunting challenges bring out the best and worst in globetrotting contestants 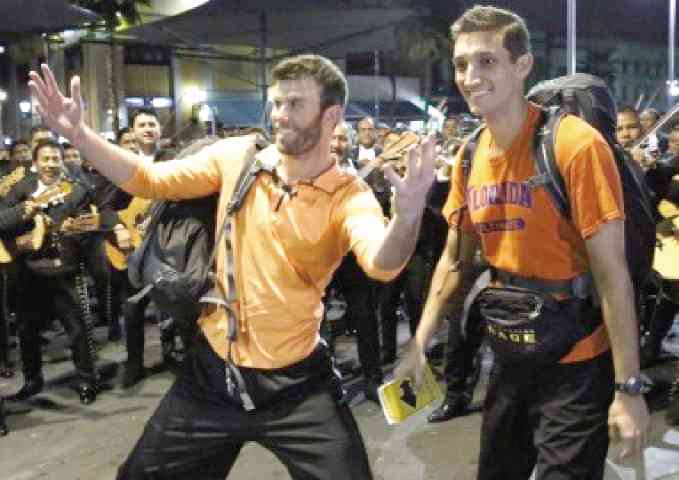 Most of the time, when we watch “The Amazing Race,” we take its attendant “drama” with a grain of salt. Recently, however, we caught a leg of the TV competition that was set in the Philippines—and we took its proceedings much more “personally.”

Our strong reaction was provoked by the unexpectedly negative comments some of the contestants made about what they had to contend with while they were here.

To be fair, not all of the participants were “nega” in their views and comments. A team made up of two women was charmed and even delighted to meet so many hospitable and helpful people wherever they went.

On the other hand, less open-minded contenders were turned off by some local sights and smells—like the teammates who had to collect and carry heavy loads of fish at a fish port.

They loudly complained about the “fishy” smell permeating the locale, prompting us to peevishly mutter, “What did you expect the fish to smell like?!”

Other sights, smells and encounters that some other participants grouchily described as “gross” included naked toddlers in the streets, “strange” things people ate and even “stupid” carabaos that wouldn’t do their bidding! We forgave some of their snitty tirades because the challenges they were given on their race’s Philippine leg were quite stressful and frustrating.

Aside from the “fishy” task they were made to perform, they also had to attach a motorbike to its passenger compartment, and the mechanical challenge was tedious and frustrating in its own right.

As for the “stupid” carabaos, they were involved in the most frustrating challenge of them all: The contenders had to find their next set of instructions in a muddy paddy field that they had to plow over and over and over again.

For some of the teams, the carabaos weren’t the only glitch—even the mud in the paddy field was stupidly “uncooperative,” because it refused to yield the buried set of instructions they were desperately trying to find!

Yes, we understood their frustration, but we still faulted them for being so shallow and snide about many of the local realities they encountered.

When they joined “The Amazing Race,” they should have been prepared for anything, instead of peevishly expecting the countries they visited to conform to their narrow and self-centered expectations. If they were hell-bent on being such grouchy guests and poor losers, they should just have—stayed home?

Despite our peeved reaction, we kept watching the telecast, because some of the other contenders it featured didn’t keep yakking and complaining all over the place, and instead focused on coping with the tilt’s daunting challenges as best they could.

Obviously, we hope that they will emerge as the current edition’s winners, because they have the right attitude to do well in the competition—and are taking full advantage of the rare opportunity it provides them to see the world for free—and even win a million bucks in the pluckily peripatetic process!