LOOK: Jiro Manio to appear in drama show after rehab 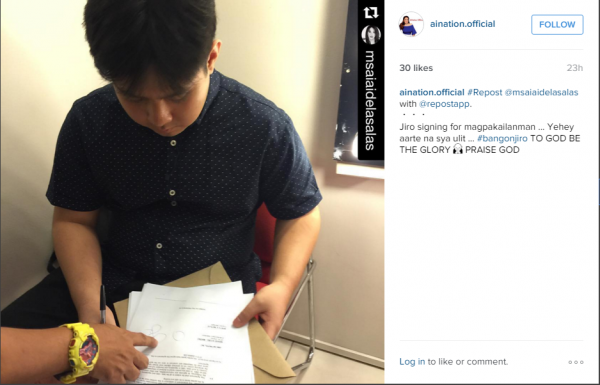 MULTI-AWARDED actor Jiro Manio is set to appear in a drama show following his release from the rehabilitation center where he was treated for six months.

In an Instagram post on Sunday, actress and “Comedy Concert Queen” Ai-ai de las Alas expressed her joy that the former child actor, who was found wandering at the Ninoy Aquino International Airport (Naia) Terminal 3 last year, will now return to acting.

“Jiro signing for magpakailanman … Yehey aarte na sya ulit … #bangonjiro TO GOD BE THE GLORY 🙏 PRAISE GOD,” the caption of the photo read.

His appearance in the said drama program will mark his return to showbiz.

It was the Inquirer which first reported that Manio was seen loitering at the airport and has been living through donations from employees.

De las Alas, who played the role of Manio’s mother in the “Tanging Ina” franchise, was one of the first celebrities who reached out and helped the actor. AJH