Rap music has influenced elements of pop culture such as fashion, film, art, and literature since its emergence in the 1970’s.

While critics are quick to point out the tendency of this genre to focus on violent and sexual themes, one modern-day artist, and a nationalist in his own way, has proven its potential to fuel patriotism and impact society.

Enter the “Master Rapper”, “The Man from Manila” – the legendary Francis M.

Francis Michael Magalona or better known as Francis M. is rightfully credited as a pioneer and trailblazer who influenced a whole generation of artists with his music.

While many rappers his age wrote about girls, money, fame, and mainly just about themselves, Francis M. was unafraid to produce intricate, socially nuanced songs that questioned the status quo.

He used his songs as a platform to address various cultural and social problems, including apathy, political instability and poverty, among others. 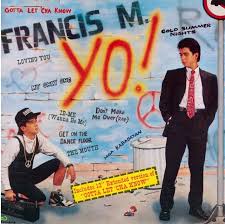 In a time when rap music was a small part of the entertainment industry, he managed to get a fair share of mainstream attention with the release of his groundbreaking album ‘Yo!’.

The album, which became a runaway success, included one of his most popular songs ‘Mga Kababayan’ and “Man From Manila”.

After ‘Yo!’, he released his confidently titled second album ‘Rap is FrancisM’, which featured the tracks ‘Mga Praning’, ‘Tayo’y Mga Pinoy’, ‘Halalan’, and other thought-provoking songs that he has become famous for.

Since then, he has been regarded as an important voice and one of the greatest storytellers of his generation.

Known for his limitless musical range, he received superstar status when he added more firepower to his documentary realism by fusing it with rock music. The merging of rock and rap allowed him to collaborate with famous musicians from different genres – a feat that not everybody is gifted enough to accomplish. 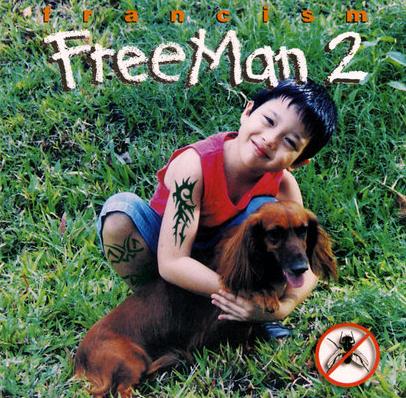 Magalona maintained his eloquence while bouncing around from genre to genre, until his early demise in March 6, 2009.

He was fittingly recognized as a cultural icon who was unafraid to charter treacherous territories and conquer them.

Hip-hop was his artistic retort to the harsh realities that people of power deliberately ignore. He may have passed on but in death, he and his songs became immortal. 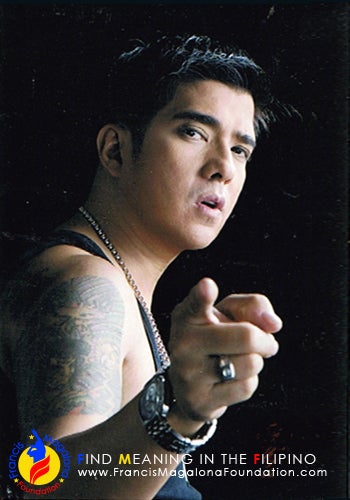 3 Stars and a Sun

Francis M’s music and legacy continue to provide a rich foundation of material for many artistic expressions. The Philippine Educational Theater Association (PETA) closes its 48th Theater Season with the much-anticipated original musical “3 Stars and a Sun,” which features of Francis M’s music.

Following the success of its smash hit musical “Rak of Aegis,” PETA molds “3 Stars and a Sun” as another game-changer that would reach past the traditional play watching crowd and engage a new generation of theater viewers.

The seasoned company and the rapper share the vision and commitment to elevate the purpose of the performing arts from pure entertainment to a platform where serious issues deserving of attention are presented and addressed. 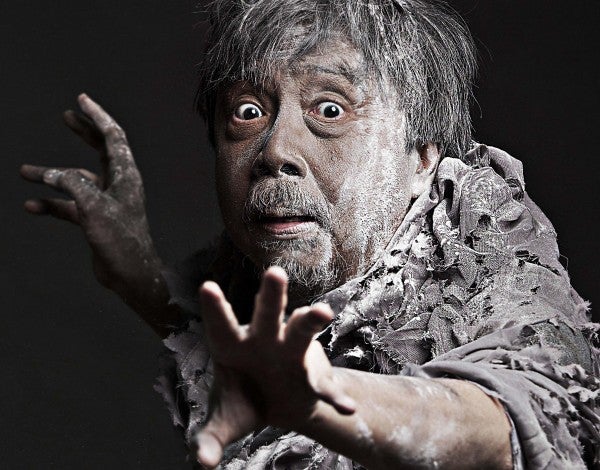 In time for the upcoming national elections, Peta experiments with the sci-fi subgenre dystopia to present a daring social commentary on Philippine politics and culture.

“Though the narrative will not tackle the elections per se, we still hope that the ideas embodied in the play can be both a source of inspiration and reflection on the historical and current ethos of the Filipino as we prepare for another national election,” shares Peta Artistic Director, Maribel Legarda. 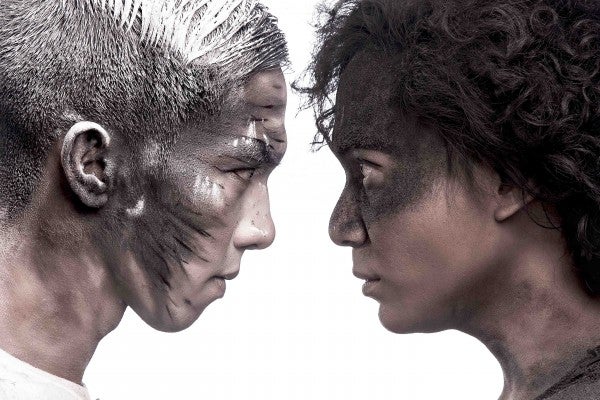 “3 Stars and a Sun,” brainchild of young writer Mixkaela Villalon and multi-awarded playwright Rody Vera, features a chilling plot: It is 2026, and the world has almost come to an end. Nuclear bombs have reduced countries to ashes and a huge portion of the Filipino population has been forced to enter The Stormdome, a fallout shelter made from durable steel. The Stormdome was closed down to protect its inhabitants from the ‘dangers of the outside world’ but also served as an icy prison for those who live in it. 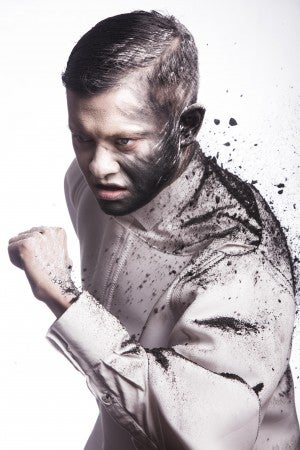 The story unfolds in 2096, 70 years thereafter. The musical opens with Myke Salomon’s fresh arrangement of Francis M’s ‘Mga Kababayan’, and swiftly exposes the harsh realities inside The Stormdome. The dome is deteriorating and resources are hard to come by. Nourishment has been reduced to nutrition-deprived food packs. Education is limited and any trace of Filipino history and identity has been erased. The only thing that has remained the same is the extreme divide between the rich and poor evidenced by the two clashing sectors, Lumino and Diliman.

Due to the uninhabitable conditions in the Diliman scrapyard, a dissident group from the colony of scavengers known as Tropang Gising has threatened to spark a revolution and turn the system upside down. Vidame Inky, supreme leader of The Stormdome attempts to keep peace and order and deploys reprogrammed Protektanods to quash the Diliman rebels led by fiery leader Sol. In a desperate attempt to keep power within her reach, Vidame Inky grooms her son Chino to be the next leader of the Stormdome and puts him in-charge of mind-wiping workers. 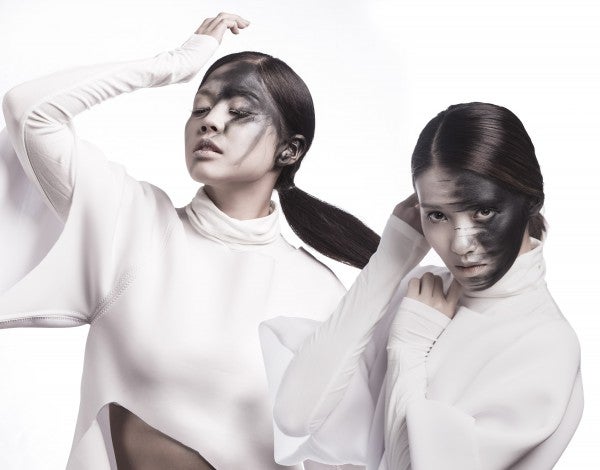 Meanwhile Vidame Inky’s daughter, Diane has refused to be part of her mother’s politics. Instead her attention has been drawn to finding answers about the disparity of her charmed life in Lumino City and the people of Diliman. Despite Vidame Inky’s effort to control all the information inside the Dome, Mang Okik, the oldest resident of Diliman Sector seems to have the answers to many of Diane’s questions.

‘3 Stars and a Sun’ offers a dystopian look at what our future can come to if the problems of the present are left unresolved. The play aims to serve as a cautionary tale and a challenge to today’s youth to act together and act swiftly before it’s too late. 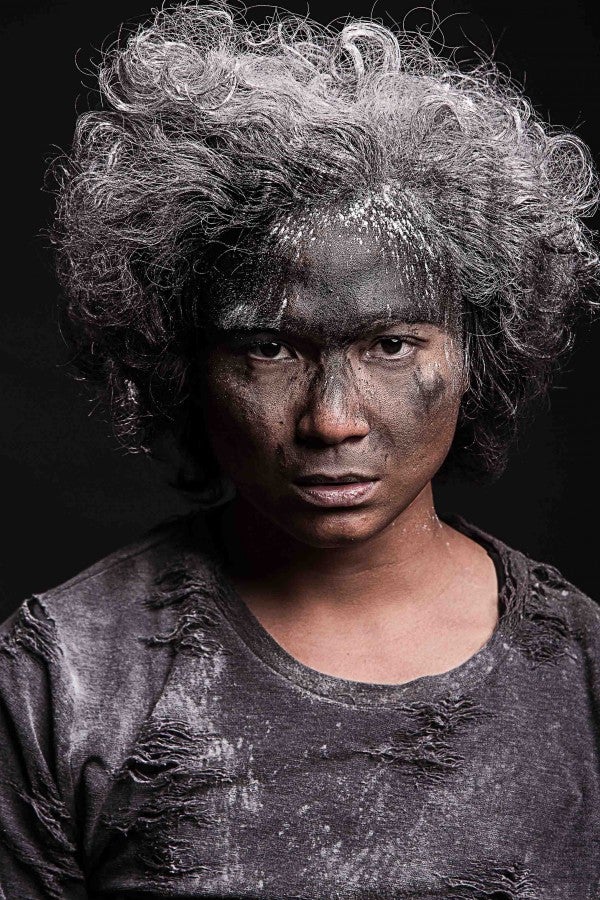 “3 Stars and a Sun” has an equally gifted artistic team. The musical is headed by Nor Domingo as director, with exciting musical arrangements by Myke Salomon. It features production design by Gino Gonzales, lighting design by Shoko Matsumoto and Ian Torqueza, sound design by Teresa Barrozo and choreography by Delphine Buencamino. 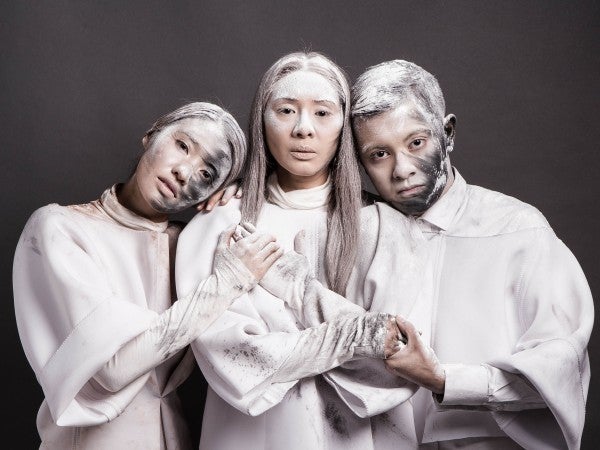 Read Next
WATCH: ‘Miss Colombia’ beats up ‘Steve Harvey’
EDITORS' PICK
Over 3 Million worth of prizes to be won at Smart Padala’s SENDali Manalo Promo!
Comelec division junks petition to cancel Marcos COC for president
Acer starts the year off strong with the Aspire Vero National Geographic Edition
Marcos camp ‘extends hand of unity’ after COC cancellation bid is denied
The best of bayside and city living at SMDC’s Sail Residences
PH logs 37,070 more COVID-19 cases; over 33K others recover
MOST READ
NBI foils escape attempt of Kerwin Espinosa, two others
Comelec division junks petition to cancel Marcos COC for president
Francine Diaz’s manager denies actress is being courted by Seth Fedelin
‘Not my loss’: Did Kris Aquino just comment on her breakup with Mel Sarmiento?
Don't miss out on the latest news and information.