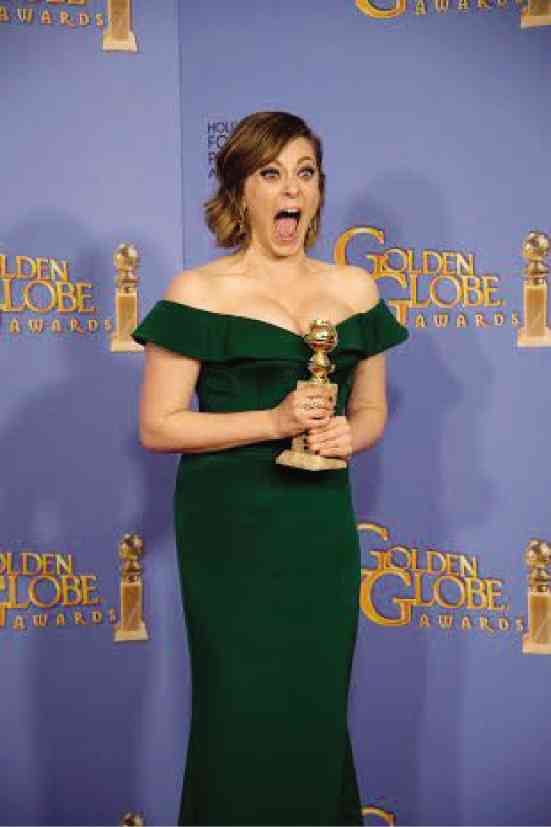 In its Thanksgiving episode written by Fil-Am Rene Gube last November, the acclaimed comedy-musical became the first prime-time series in mainstream US television to portray Fil-Am life with a large cast of Filipino actors.

Rachel, asked by Nimfa (and not Entertainment Weekly, as mentioned in reports) what she has learned about Filipino culture, was motivated to talk about diversity on American TV. As part of her response to the question, Rachel dropped a surprise casting announcement: “We are so proud to say that Lea Salonga will be guest-starring on the show.”

The actress, who wore a lucky emerald green gown by Christian Siriano, added that when Vincent found out about the multiawarded Lea’s casting, “He literally fainted, like, to the ground.”

“We’re so excited about this, and to be seen as a show that supports diversity, because that’s what America is—and we’re showing what America really is,” Rachel said. 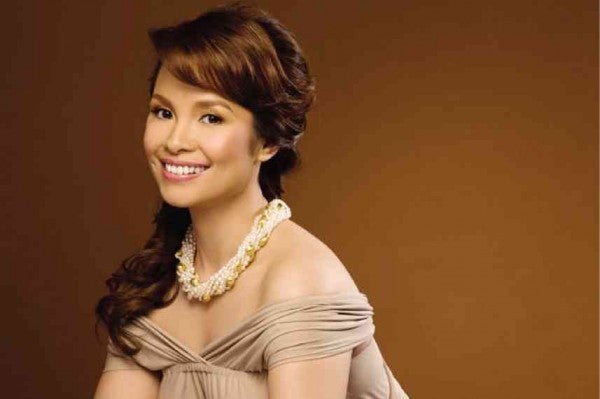 Lea would be a perfect guest in the show, created by Rachel and Aline Brosh McKenna, because the cast breaks into extravagant Broadway-style musical numbers. Rachel herself cowrites the two or three original songs in each episode, which range from R&B to pop.

When we asked Lea via e-mail what her role would be, she replied: “I don’t have a script yet, so I have no idea what I’ll be doing on the show. I’m sure something will be sent to me soon enough, then I can get cracking on prepping for it. I head to LA right after closing ‘Allegiance’ (Feb. 14), and will dive head first into work!”

One thing is definite: The Philippines’ pride will guest in the series’ season finale.

In our own earlier interview with Rachel, who also writes for the show, she talked about West Covina, a suburban enclave where Filipinos comprise about 40-plus percent of the Asian-American population and is dotted with numerous Filipino restaurants and other businesses.

“West Covina loves us,” she said. “Before we even pitched the show, we went to West Covina a couple of times. We just went to all of these different spots. These are spots that we now visit in the show.

“There is a place called Big League Dreams, which is a giant sports center with two bars in the middle of it. That is one of the main settings of our show, and it was called ‘home base.’ The idea of parents getting hammered while their kids play baseball is really funny to us.

“I went to West Covina by myself—and I went everywhere! I went to ‘boba’ (bubble or pearl milk tea) places. I was like a weird loner walking amongst the people of West Covina. I love it because there are different types of people and restaurants. It’s just happy Southern California suburbia.”

On her character, a Manhattan power attorney who is emotionally stunted, the New York University (NYU) alumna shared, “It’s a great thing, because what we were trying to do was build a lovable antihero and coming at it from a realistic place. What am I like, what are my friends like and what would our lovable antihero be… male or female—we are trying to create a truthful character in a truthful situation!

“A lot of women are stunted and confused in the ways that men are. The majority of people writing and directing are still men, obviously. You write what you know. Men are writing themselves as the interesting protagonists, writing their truths, and they needed women to be the straight men. Now that more and more women are creating their own work, we’re exploring our own flaws and nuances that you just couldn’t get from a man writing a female character.

“I brought my Social Security card, too,” the 28-year-old joked when asked to talk more about herself and how she began in entertainment. “I grew up an only child in Manhattan Beach (California). I like to say I grew up with a feeling that I grew up on the East Coast. My parents are neurotic Jews. My father is from Boston, and my mother grew up here. But her father was from Brooklyn.

“My grandfather sold technical manuals, but he was an amateur standup comic and theater director. So, I grew up watching him do standup comedy at convalescent homes. That’s how I was exposed to entertainment.

“I was always into theater, and it was my main passion. I went to school at NYU for musical theater, then I wanted to be on Broadway. When I got to school, I fell in love with comedy writing and the idea of creating my own work, because I was often frustrated with the roles that were lacking in theater for women and for people in general.

“A lot of those roles were from the ’50s and ’60s and then didn’t feel super-updated. So, it was in college that I  started to fall in love with the idea of creating and performing my own work. And my Social Security number is 57…” 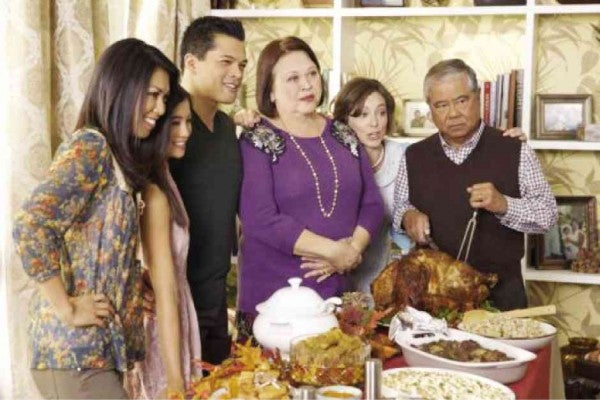 On her definition of “crazy,” the writer and performer who became an Internet star with musical-comedy skits like “F*** Me, Ray Bradbury,” said, “It’s interesting because when we created the show, it was from such a feminist perspective. It was never from the perspective of a man calling a woman crazy. Other people thought that that was what we were doing.

“But the character is not an ‘SNL’ (‘Saturday Night Live’) character. She is not a caricature, and she is not to be laughed at. She is meant to be a symbol for all of us at our worst, especially when we fall in love. The point of the title ‘Crazy Ex-Girlfriend’ is to deconstruct—what does crazy even mean? Sure, she is crazy, but she isn’t doing anything that romantic comedies tell little girls.

“Romantic comedies tell women, yeah, move across the country for him and it will be great. Seeing that embodied in real life would be like, wait, that’s an insane thing to do! Women are filled with all these contradictory messages where it’s like, sacrifice everything for love but don’t be pathetic. And don’t worry about your weight, but don’t be a fat ass. It is those contradictory messages. Rebecca doesn’t have a sense of self. She has not found herself.

“Crazy is a subjective term that men sometimes lob at women when the women are appropriately upset at a man’s behavior. What we are exploring in the show is—what is crazy? Is Rebecca crazy? Is it her fault that she is crazy, or is she crazy as a natural result of all the things society and her mother tell her?

“It’s case-dependent on what crazy means. Is someone truly crazy? It’s a very interesting term. In a way, everyone in our show is crazy. Everyone has a quirk and has something that they are lying to themselves about. Everyone is in denial about something and has darkness that they don’t want to acknowledge. It just depends on the person.”

Read Next
Regine on GMA 7: I feel at ease here
EDITORS' PICK
WHO: Indoor airborne spread of coronavirus possible
Water remains our saving grace right now
Motostrada expands by handing over ‘Trident’ and adding new ‘Horseman’ to its growing business
No arrests to be made on 1st day of allowed pillion riding for couples — HPG
House panel set to meet for possible decision on ABS-CBN franchise bid
Digital hunt for Hyun Bin: 5 challenges for Smartees
MOST READ
‘I will always speak up for you’: Server on defending Fil-Am family from racist rant
‘Nouveau’: Agot Isidro hits Jinkee Pacquaio’s show of luxury Hermes, Louis Vuitton bikes
Alfred Vargas inhibits from voting on ABS-CBN franchise renewal
Solon withdraws support for ABS-CBN franchise renewal
Don't miss out on the latest news and information.