‘Murder’ gets away with compellingly scandalous convolutions 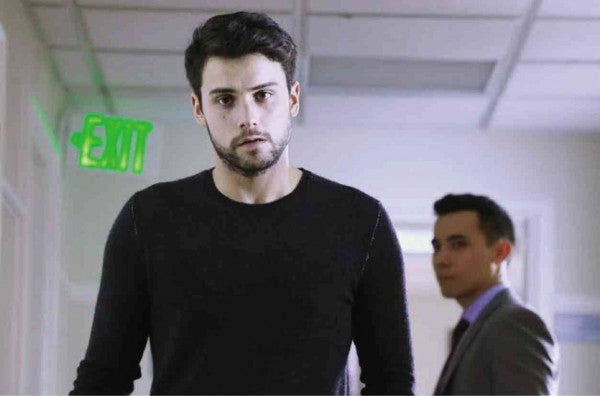 SEASON two of the crime-courtroom drama, “How to Get Away With Murder” (Fridays, 8:50 p.m., Sony), wastes no time in putting its ensemble of harried characters through the proverbial wringer again to make its new storyline just as shocking and memorable as its first.

Amoral criminal law professor Annalise Keating (Viola Davis) demonstrates how cunning she is when looking at loopholes in the justice system to protect herself—and her circle of unexpected conspirators!

In the first season, Annalise helped cover up the death of Sam (Tom Verica), her philandering husband. Sam, a murder suspect, was killed by one of her students, Wes (Alfred Enoch). As the older man was about to kill Wes’ prying girlfriend Rebecca (Katie Findlay), Sam was fatally struck in the head—an incident witnessed by Annalise’s other pupils!

Students Connor (Jack Falahee), Michaela (Aja Naomi King) and Laurel (Karla Souza) are forced to keep this secret, working with Annalise with hesitation—so they can avoid jail time. That alluring combo of guilt, uneasiness and underhandedness keeps the second season exciting, although it isn’t as satisfying as the first season.

Davis, who won an Emmy for best actress in a drama in September, continues to shine as the no-nonsense, fiery mentor and mother figure, who schemes to keep her group in line—even resorting to threats of mutually assured destruction whenever one of her wards starts acting out.

There’s a separate murder plot that expands the web of deceit considerably, even when the tangled threads are close to becoming terribly convoluted.

Also adding a new dynamic to the show is the recurring sexual relationship between Annalise and her old friend, Eve (Famke Janssen). Aside from the increasingly intriguing relationship of Connor and Oliver (Conrad Ricamora), the new couple contributes new story  layers, specifically parts of Wes’ past.

“How to Get Away With Murder” manages to lure viewers with its morally conflicted characters, and their interconnected stories are treated with music-video snappiness. It’s still compellingly escapist—it stuns and holds your attention with its focus on its scandalous convolutions!