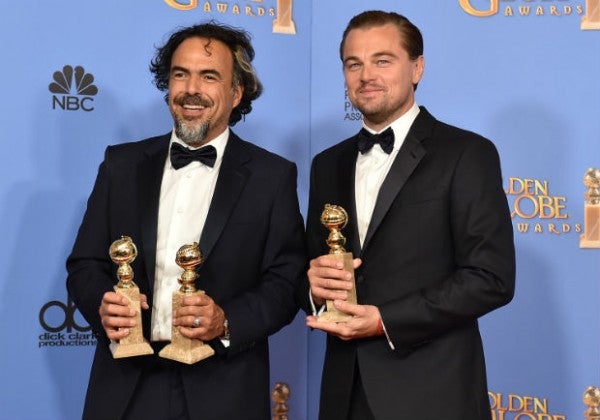 Alejandro Gonzalez Inarritu, left, and Leonardo DiCaprio pose in the press room with the award for best motion picture – drama for “The Revenant” at the 73rd annual Golden Globe Awards on Sunday, Jan. 10, 2016, at the Beverly Hilton Hotel in Beverly Hills, Calif. AP

—Picture, Musical or Comedy: “The Martian.”

—Animated Film: “Inside Out.”

—Series, Comedy: “Mozart in the Jungle.”