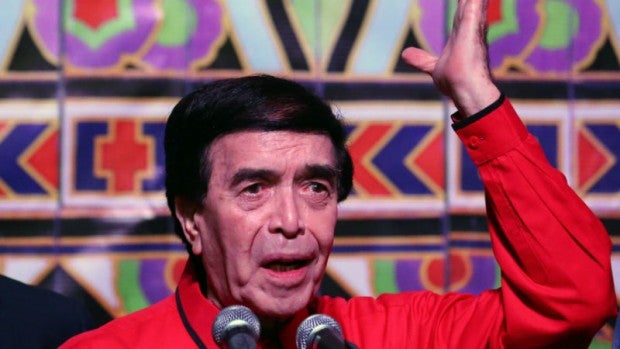 After the news of German “Kuya Germs” Moreno’s passing, prominent comedian and TV host of popular program ‘‘Walang Tulugan,’’ celebrities took to social media on Friday to express their grief over the death of one of the country’s showbiz icons.

Singer Regine Velasquez-Alcasid shared a photo on her Instagram account of Moreno, with his hands shaped like a heart, with a caption: “Thank you Kuya Germs we will miss you.” Velasquez-Alcasid also cited a Bible verse saying: “You are the light of the world. A city set on a hill cannot be hidden.”

Meanwhile, actor Kristoffer Martin took to Twitter to express his gratitude to Moreno who was credited for developing and producing some of the country’s biggest stars through his former TV show ‘That’s Entertainment.’’ Martin on his post said: “You left us with your wisdom. And that we will keep til we meet again. Salamat tay (Thank you, father). Paalam (Goodye), kuya Germs.”

Actor Rocco Nacino also took to Twitter to voice his condolences over Moreno’s death. Nacino posted: “Rest in Peace Kuya Germs. You lived a long, full life. I am very glad and honored to have met you. Condolences to the Moreno family.”

On her Twitter post, actress Bea Binene recognized Moreno’s contributions to the showbiz industry. Binene posted: “Woke up to a very sad news. Maraming salamat po sa lahat ng tulong at nagawa mo para sa industriyang ito (Thank you very much for all your help and contributions to this industry). Mahal ka namin (We love you), Kuya Germs.”

Amid the mourning of the local industry, celebrity host KC Montero chose to focus on the positive side of Moreno’s passing. Montero posted on his Twitter account: “You can finally sleep now Kuya Germs. Heaven welcomes The Master Showman. #respect”

According to a Radyo Inquirer report, Moreno died on Friday around 3.20 a.m. due to cardiac arrest. He was 82. Last year, Moreno suffered a mild stroke but recovered and went back to hosting his programs on television and radio. 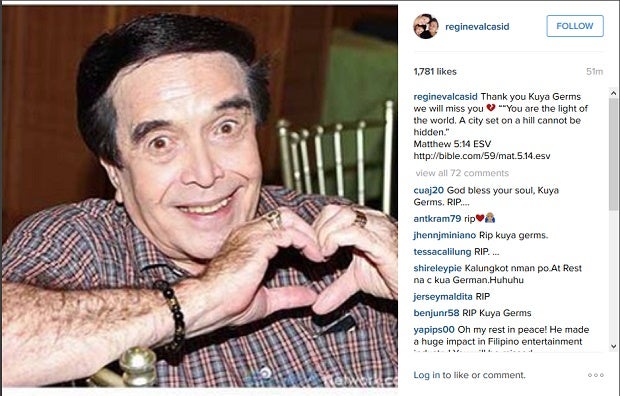