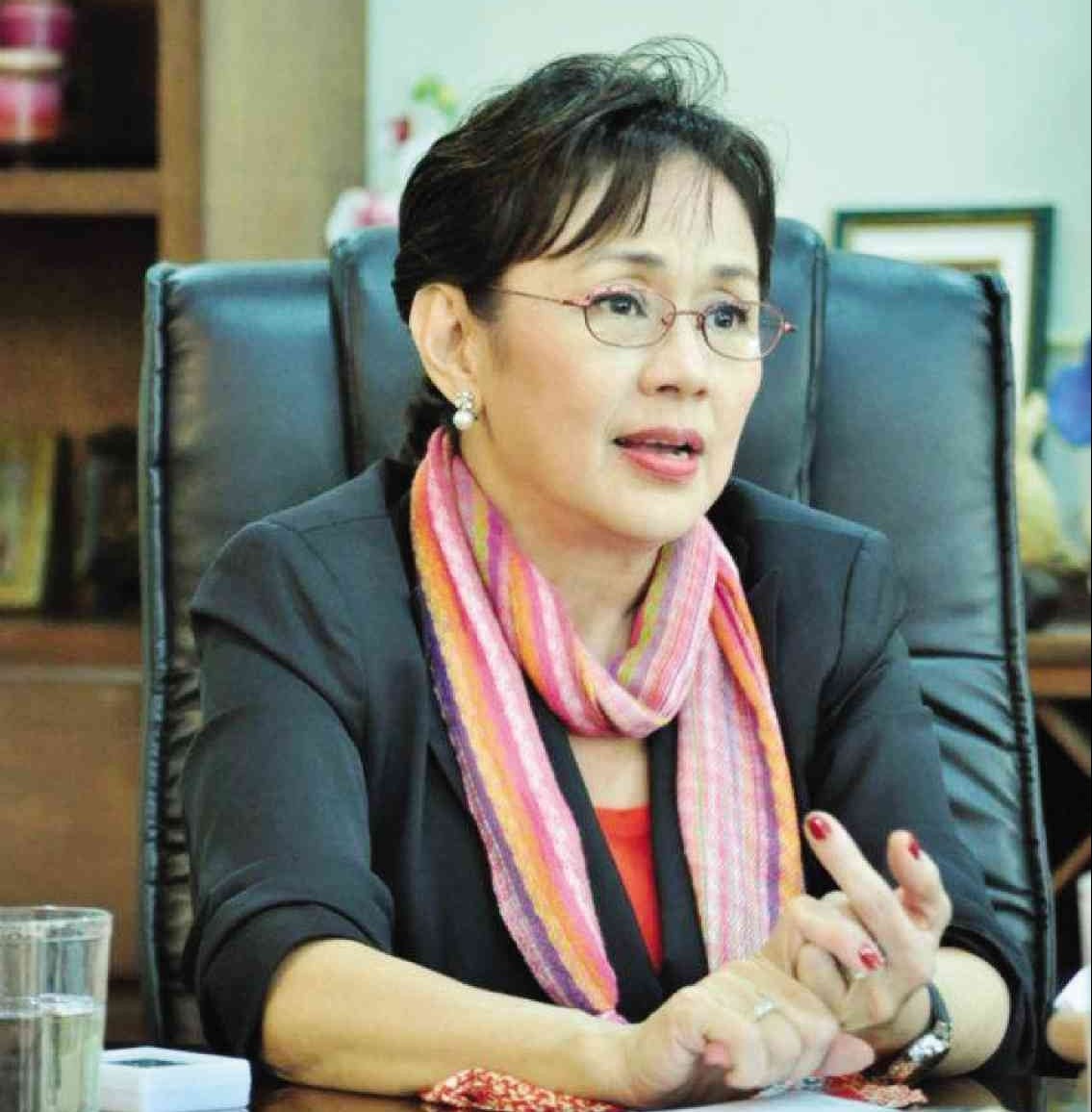 DIVINE intervention for the Star for All Seasons Tcel Maramag

You’ll have a hard time finding an actress busier than Vilma Santos these days, but the seeming ease with which she juggles her chores as a movie queen, a hands-on wife and mother and a dynamic public servant demonstrates how she embodies the prized appellation attached to her name: Vilma  is the Star for All Seasons—and Reasons! She works very hard, but she makes the high-wire balancing act look like a walk in the park.

Ate Vi, who’s on her last term as the first female governor of Batangas, was in the middle of meetings when we texted and asked her for an interview for this piece last month, but it took her only a few minutes to reply—no annoying handlers, no cordon sanitaire.

She doesn’t make you feel like her schedule is more important than yours. One time, she called us at 9 a.m. so we could meet our deadline for an article that we were writing for NUT (Nestor Torre, editor of Saturday Special). Another time, we got a call from her a few minutes after deplaning from her US trip! Would other big stars be as accessible—and approachable?

The actress’ answers are as honest as they’re straightforward, but she isn’t beyond asking you for your opinion about the issues being discussed—from Pia Wurtzbach’s triumph as the country’s first Miss Universe in 42 years (“Regardless of the mixup, the crown belongs to her now”) to the phenomenal tandem of Alden Richards and Maine “Yaya Dub” Mendoza (“What they have is a gift—but they need to sustain their popularity with projects that’d prove that they’re more than just overnight sensations”).

Her impeccable people skills and her openness for discussion and discourse are among the reasons why the 62-year-old acting icon is good at what she does: She doesn’t just talk—she also listens.

Vilma is busy wrapping up her scenes for her latest film, Joyce Bernal’s “Everything About Her,” about a tough-as-nails executive who is diagnosed with stage 3 cancer. The dramedy, which will open on Jan. 27, is her first starrer with Angel Locsin, her son Luis Manzano’s lady love.

She shares, “My role is inspired by the character of Meryl Streep in ‘Devil Wears Prada’—what happens when someone like her is faced with a life-or-death situation—and intimations of mortality?”

Vilma is just as passionate talking about show biz as she is about the breakneck pace she follows as the governor of Batangas. She says that running for the vice presidency was never an option—in fact, in May, she’s aiming for Lipa’s lone congressional seat.

“It’s a homecoming of sorts,” she says. “I was Lipa’s first female mayor, but the experience was extra-special, because it was my first time to dabble into politics—and they accepted me, even despite their reservations! It’s high time for me to repay its residents’ kindness, especially now that I have learned so much about leadership and governance.”

Vilma has been a star since she was 9 years old (she played the title role in Jose de Villa’s 1963 tearjerker, “Trudis Liit”) and she was still at the top of her stellar show biz career when she decided to give politics a try.

What convinced her to take the big leap to public service?

“I was dubbing for ‘Bata, Bata Paano Ka Ginawa?’ when I finally agreed to run (in 1998). I prayed to God and asked for white flowers from Him—and got them on the last day of the filing of certificates of candidacy! I cried, because I knew that it was going to change my life! When I won, I turned to Ralph (Recto, her senator husband) and said, “I won, paano ’yan (what now)?

“I was lucky I had Ralph  to show me the ropes and lay the cards on the table. He presented me with different options and enumerated  the sacrifices I would have to make—that instead of getting pampered and served (as I’m used to, as an actress), I would have to do the serving (as a politician)!

“I took a crash course in Public Administration at UP (University of the Philippines) and asked about things I knew nothing about. It’s been 18 years since, but while it hasn’t gotten easier, I must say that it’s a fulfilling job—because the position allows you to change people’s lives for the better.”

The celebrated actress was eager to learn everything she could about her new career trajectory. In fact, during the course of our conversation, Vilma often used jargon—continuity, sustainability, inclusive growth, etc.—common to public administrators and developmental strategists we know. 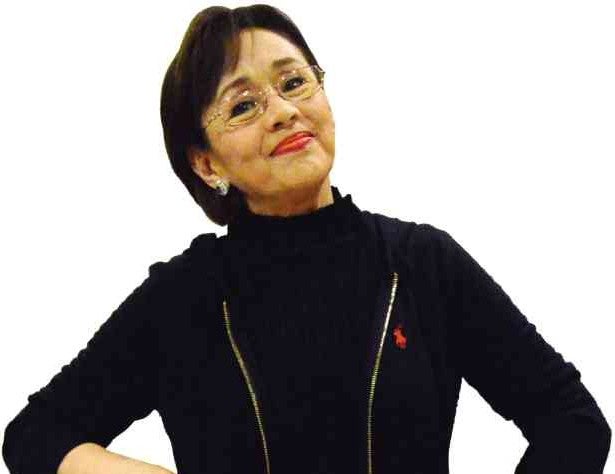 “As for the vice presidential post—yes, I was asked to make a go at it. But I don’t want to do something I can’t give my full attention to, because I also have my immediate family to dote on and take care of. I’m a hands-on mom and wife—I want to be there when (her youngest son) Ryan needs my advice about what to wear to the prom, or take care of the grocery list when Luis drops by to have dinner with us on certain Sundays.

“I am effective as a government official because I put a premium on the indispensability of a close-knit family! If I go national and serve the country’s 100 million people, where does that leave my family? I can’t sacrifice them just to satisfy my political ambition. I can serve people better if I’m also effective as a mother and wife—that’s my priority!”

What does she tell her followers when they ask for advice about whom to choose in the upcoming presidential elections?

Vilma says, “I belong to the Liberal Party. It’s crucial to choose a leader who knows the importance of continuity—how do you sustain the country’s economic gains under President Aquino’s leadership? If we want those gains to reach the grassroots, we need the reforms to continue. We need to focus on intervention and innovation—those could be key to reach our all-encompassing objective. I don’t tell them whom to vote for—but it’s important to make informed choices! At the end of the day, nakasalalay ang kinabukasan ng inyong pamilya sa taong ibo-

boto ninyo (the future of your loved ones are on the line, so you have to choose wisely). If you don’t, you’ll be putting them at risk!”

On a lighter note, Vilma played both Darna and Dyesebel, two of the most coveted roles in Philippine cinema. If she were to pick just one, which iconic character would she choose? Ate Vi answers, “I’d pick Darna, because I played her four times, in ‘Lipad, Darna, Lipad,’ ‘Darna and the Giants,’ ‘Darna and the Planet Women’ and ‘Darna at Ding’—she’s tough and empowered like me! I portrayed Dyesebel only once.”