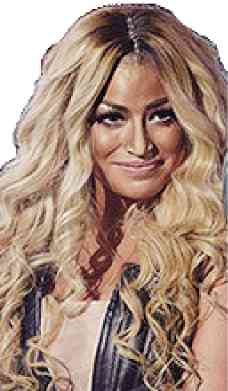 A consistent problem was the finalists’ general choice of singers to impersonate—current faves with limited singing prowess—Sam as Justin Bieber, Denise as Beyoncé, Kean as Ricky Martin, Michael as Adam Levine, and KZ as Lady Gaga.

With a few exceptions, they weren’t given enough opportunities to really sing impressively and well. As a result, the grand finals show was not musically exciting.

In addition, quite a number of the finalists didn’t look like the “icons” they were impersonating. Despite the show’s makeup and prosthetics mavens’ “magical” intervention, Kean looked more like a young Sean Penn, Sam like some tattooed guy with a blond wig—and KZ begged the issue totally by having her entire face covered with generic Gaga gunk.

So, it wasn’t all that hard to pick the best performance number of the night—Denise as Beyoncé. At least she looked like Queen B, and got to do a lot of singing and hoofing.

Trouble was, would the tilt’s viewer-voters agree? Last year, they cluelessly picked Melai Cantiveros as Miley Cyrus over the clearly superior Nyoy Volante as Whitney Houston! —That unexpected victory was supposed to make a star out of Melai—but, look where her career is now.

So, would the show’s viewer-voters be less clueless (practice should make less imperfect) by last Sunday’s results night show, and vote for the obviously best impersonation number in last Saturday’s finale? —By now, we all know the answer to that P64,000 question—Denise did win, so the right lessons were learned!