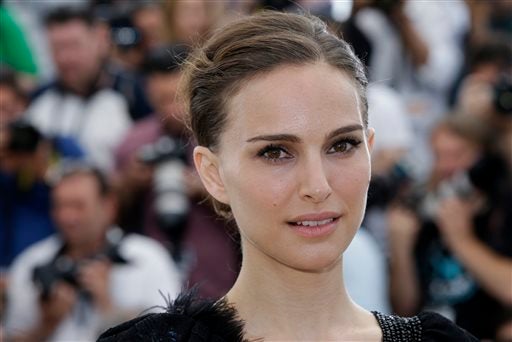 The Foo Fighters, Natalie Portman, U2 and other entertainers have canceled events in Paris following deadly terrorist attacks in the city Friday, Nov. 13, 2015. Film distributor Mars said Saturday it had canceled promotional appearances for the film Jane Got a Gun starring Portman. AP

NEW YORK — In the wake of the deadly attacks in Paris, the entertainment world is toning down the glitz and scaling back on some of its most anticipated red carpet celebrations.

On Sunday, Lionsgate said the Monday premiere of “The Hunger Games: Mockingjay Part 2” in Los Angeles will be a slightly more subdued affair. Out of respect, the studio said, no interviews will be conducted at the premiere of the final chapter in the young-adult saga.

Such gestures proliferated over the weekend, as the entertainment industry reacted to the deadly attacks where the toll was highest at the Bataclan concert venue during a performance by the American rock group Eagles of Death Metal.

Instead of its regular cold opening with a sketch, “Saturday Night Live” opened with a tender monologue of solidarity, given by cast member Cecily Strong in French and English.

“Paris is the City of Light, and here in New York City, we know that light will never go out,” Strong said.

Concerts in Paris and tours across Europe were canceled by U2, the Foo Fighters, Coldplay and others. Madonna went ahead with a concert in Stockholm, Sweden, but said during the show Saturday that she was apprehensive about it.

“In many ways I feel torn, because it’s like, ‘Why am I up here dancing and having fun when people are crying over the loss of their loved ones?'” Madonna told fans. “However, that is exactly what these people want to do. They want to shut us up. They want to silence us, and we won’t let them. We will never let them.”

CBS said Sunday it will replace an episode of the new series “Supergirl” that was supposed to deal with a bombing, and was shelving an episode of “NCIS: Los Angeles” about recruitment of young women by the Islamic State group.

At the Governors Awards on Saturday night in Los Angeles, many of the stars expressed their sympathies for the victims and their wariness at quickly returning to show business.

“Jada (wife Jada Pinkett Smith) and I were up all night,” Will Smith said. “It’s such a difficult, painful, awful, horrible situation and our hearts and our prayers go out to the families. It’s one of those things where you feel helpless. What do you do? What’s the solution? How do you help?”

Director Paul Feig said carrying on after the attacks was difficult.

“It does feel odd,” Feig said. “I’m standing here in a tuxedo right now. But we honor those in Paris in solidarity with them. We love them. We love Paris. We are there all the time. We have friends there and when Paris bleeds we all bleed.” TVJ

MMDA: Brace for heavy traffic on NLEx next week