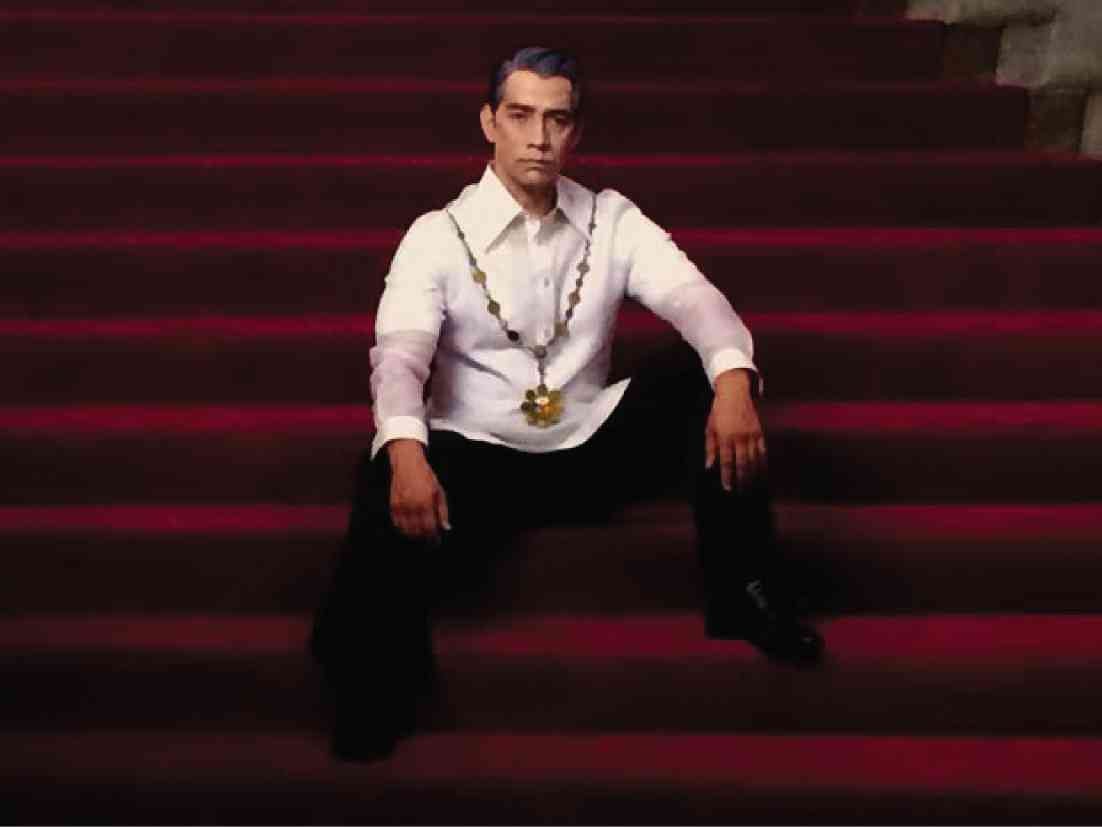 Raymond Bagatsing is “the first and only choice” to play the role of National Artist for Literature Nick Joaquin in the docu-drama, “Dahling Nick,” according to its director Sari Lluch Dalena. The film is an entry to the Cinema One Originals 2015 Film Festival, which will run until Nov. 15.

“It isn’t just because of their physical resemblance. I needed an actor with inherent intellect—someone who also loves reading and literature,” said Dalena, who collaborated with her sister, director-cinematographer Kiri Dalena and poet essayist Kris Lanot Lacaba in making this tribute to Joaquin.

The movie is interjected with documentary interviews from National Artists F. Sionil Jose and Bienvenido Lumbera, as well as other literary luminaries, colleagues, family and friends in order to fully encapsulate Joaquin’s bigger-than-life persona.

Dalena first worked with Bagatsing in the indie, “Guerrilla as a Poet,” in 2013. It was where Dalena noticed that Bagatsing is “a person of depth. Tito Nick was like that. Raymond was able to imbibe the essence of Nick Joaquin in a cinematic way. It also helped that Raymond has a theatrical background.” Bagatsing once played the gay version of Tony Javier, a character in Joaquin’s “A Portrait of the Artist as Filipino” in a stage play.

Bagatsing shared: “It’s a daunting challenge to perform a great man, and to do justice to his greatness onscreen. I was excited when this was offered to me. I asked Sari, ‘Why me?’ She said I always offer something special in every role I play.”

Before working on the film, Bagatsing said he did his research by reading a lot of Joaquin’s works. He portrayed Joaquin from when the latter was in his late 20s until his death: “I became a fan of Joaquin in the process. I also read his biography written by his nephew, Tony (“Nick: A Portrait of the Artist Nick Joaquin”). Direk Sari got hold of a copy of a video of Joaquin while delivering a speech before our shoot. I based my performance on that.”

Aside from donning Marcos’ native see-through Barong shirts, Raymundo read up on the former president. He recalled: “My parents were friends of the Marcoses in the 1980s—they even visited Mr. Marcos in Hawaii, when he was already sick.”

Cinema One entries are being screened in Trinoma, Glorietta, Resorts World Manila and SM Megamall.