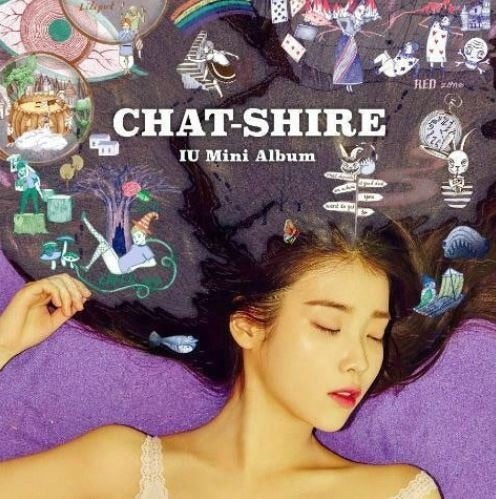 Singer-songwriter IU, previously considered K-pop’s sweetheart for her innocent image and vocal talents, has been mired in controversy over allegations of pedophilia in her song lyrics.

At the center of the controversy is “Zeze,” a track on the young starlet’s latest album, “Chat-shire,” released last month. The song was inspired by 5-year-old boy character Zeze in the novel “My Sweet Orange Tree,” written by Brazilian author Jose Mauro de Vasconcelos.

The song “Zeze,” written from the viewpoint of the orange tree, includes lyrics that some claim are sexually suggestive, such as: “Zeze, hurry and climb up the tree / kiss the leaves,” “If you hurt the tree, bad, bad,” “Take the youngest leaf here / Pick the only flower / Climb up me / Climb up me,” “You’re very naive / but certainly sly,” “You might seem transparent like a young child / but something about you is dirty” and “tomorrow night, will you come see me again.”

Explaining the song, the 22-year-old singer has said: “Zeze is innocent but cruel in some aspects. He is a character with many paradoxes, which is why I felt he was charming and sexy.”

In the novel, which is featured in the Korean sixth-grade curriculum, Zeze is an imaginative but misunderstood 5-year-old boy who is physically abused by his family and comes to befriend an orange tree.

Korean commenters online as well as critics, academics and artists are largely divided over the issue, with some defending the young starlet’s freedom of artistic expression and others claiming a line must be drawn when it comes to literary interpretation suggestive of pedophilia.

Dongnyok Publishing Co., the publisher of the Korean translation of “My Sweet Orange Tree,” called IU’s interpretation of the child character “wrong” and raised concerns over a young character being portrayed as a sexual being.

“It is a great pity that (IU) considered the 5-year-old Zeze to be a sexual subject. Freedom of expression has to be achieved in light of public sympathy,” the company said in a statement.

Some, such as writer and critic Heo Ji-woong, defended IU’s right to freedom of interpretation and secondary creation. “It is not right for a publishing company to offer a strict guideline for literary interpretation,” he wrote, adding, “All literature is continually being newly discovered atop the interpreter’s freedom and capacity.”

Novelist Kim Jae-won countered the argument, saying “Taboos exist even in art,” while others pointed out the lack of literary logic in connecting the character Zeze with sexuality.

IU has since issued an official apology through her social media, saying: “I swear I did not write the lyrics with the intent to sexualize a 5-year-old child.”

Even after the apology, outrage persists among some online commenters, who have started a public petition to dispose of all copies of the album.

“Yes, IU has herself been sexually objectified in the pop industry. …That does not give her the excuse to sell the sexuality of … children, who are even weaker than her,” a Facebook user surnamed Han wrote in a lengthy post.

Another user, surnamed Kim, pointed to the irony in the public’s willingness to “consume IU’s Lolita-like image” while blasting her for “identifying with” a precocious young character.