Blame it on ‘birit’ 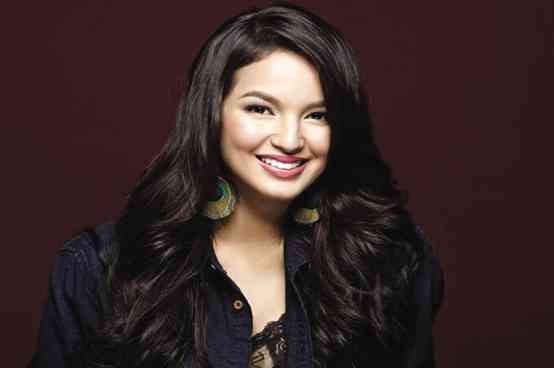 LAHBATI. Her “MMK” stint was a welcome reminder of her proficient performing chops.

Quite a number of our singing stars have temporarily stopped singing this season, for various reasons. Some of them are medical or “accidental,” like Nora Aunor’s botched procedure—but, all too often, the culprit is plain vocal stress, strain or exhaustion. It’s mainly due to local entertainers and viewer-listeners’ excessive love for “birit” song renditions, which favor the loudest and highest sounds that human vocal cords and lungs can produce!

This is a shallow and silly preference that reduces vocal performance to a mere display of physical and technical prowess, and now it’s finally caught up with our singing stars and starlets.

Their voices simply give up and they are forced to take a good, long rest before they can perform again—hopefully, much the wiser for the cautionary, “warning” experience!

Physical and medical problems aside, birit singing should really be discouraged, because it limits singers and viewers’ appreciation of what musical performance should be all about.

Aside from just hitting the highest and loudest notes, good singers should pay attention to many other considerations in live performance, like interpretation, emotion, vocal dynamics, “coloring” the voice, harmony and contrast—etc.!

All these are lost or forgotten when sheer volume and range are what ring listeners’ bells and make them conclude that the singers they idolize are singing greats. —They really aren’t—they’re just overly obliging biriteros and biriteras!

In fact, some of the biggest singing stars today have learned in maturity to consciously avoid going the birit route, not just to conserve their voices, but also to focus on the more important aspects of vocal performance. That belated realization proves that they are genuinely gifted and artistic singers, not strident vocal athletes whose excesses force them to shut up—and pay up in the end!

One of last month’s “Maala-ala Mo Kaya?” dramas focused on the arduous struggle for success of singing star Monica Cuenco, who topbills the “Bituing Walang Ningning” musical at Resorts World.

Portrayed by Sarah Lahbati, the dramatic episode’s protagonist had to weather a great number of tests and experience bitter failure before she finally came into her own as a popular singer.

Sarah isn’t seen regularly on TV these days, except on “It Takes Gutz To Be A Gutierrez,” along with her celebrity in-laws, so her “MMK” stint was a welcome reminder of her performing chops.

She was our choice to win on “StarStruck” when she competed years ago, because she looks good and performs well. She should be busier and more visible than she is now, and we hope that her “MMK” drama will lead to other appearances on TV and in the movies.

Sarah was believable as a deserving but struggling singing hopeful. Her portrayal’s only limitation was the fact that she doesn’t sing quite as well as the real Monica. But, Sarah made up for that with her straightforward yet convincingly felt performance.

All told, however, the best portrayal was turned in by Francine Prieto as Monica’s pushy aunt and surrogate mother, who may have initially had good intentions, but later degenerated into a manipulative monster who made her ward feel exploited and unloved.

Like Sarah, Francine doesn’t act as often as she should these days—which is a real pity, because she’s become one of the best “still young” character actresses we have.

She proved it with her exceptional performance on “MMK”—yes, it was a villain and even “virago” role, but Francine’s gutsiness and believability as a performer kept her portrayal real—and also pumped up the entire episode’s believability.

She may have been given predictably vicious lines to mouth and spout, but she made them come across with convincing bite and spite. Her performance got under her assigned character’s skin, as it were, and opened up her admittedly corroded and corrosive heart of hearts, for viewers to recoil from—and yet “understand.”

Not many actresses in Francine’s age group are capable of this combination of bite and insight, so she should be tapped to tackle other challenging dramatic roles from here on in.

If she works hard and loses some weight, Francine can even get back to stellar status and play challenging protagonist roles, instead of merely adversarial ones.

Thanks, therefore, to “MMK” for reminding us that Sarah and Francine are very much around, and fully deserve to be given more challenging roles to develop their already exceptional performing skills—to the next level!

Read Next
Bones’ nutritional needs
EDITORS' PICK
Beyond the Chocolate Hills: A farm-to-table, heritage culinary adventure of Bohol
Metro Manila logged most number of new COVID-19 cases — OCTA Research
WHO says monkeypox is not yet a health emergency
A massive highway complex makes living in the South highly attractive
Guarding Sara: Why next VP is getting own security team
House energy committee chair Arroyo bats for cheap electricity
MOST READ
Leon Barretto steps up for sisters, asks dad Dennis Padilla: ‘Please stop resorting to public shaming’
LOOK: Rita Daniela pregnant with first child
Marjorie Barretto to speak up on Dennis Padilla, kids’ relationship ‘in time’
Guarding Sara: Why next VP is getting own security team
Don't miss out on the latest news and information.