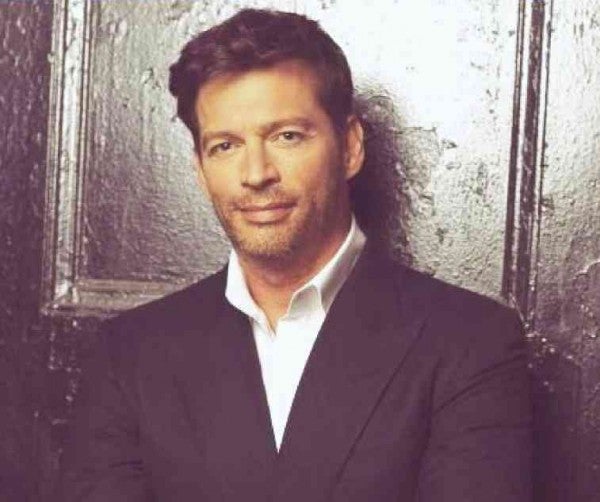 CONNICK. Steps out of his comfort zone—with exceptional results.

November’s biggest albums are guaranteed to send music fans into a tizzy, especially with a splashy rollout made more eventful by the exciting mano-a-mano between comebacking Justin Bieber’s “Purpose” and hiatus-bound One Direction’s “Made in the A.M.” on Nov. 13, followed by the buzzed-about return of Adele via “25” (due Nov. 20). But, even this week’s releases are nothing to sneeze at:

The album, “That Would Be Me,” boldly takes the music of smooth crooner Harry Connick Jr. to places where it hasn’t gone before—not even his crowd-pleasing versions of “It Had To Be You” and “Recipe for Love” come close to the “pop-centric” sensibility of the tempo-shifting “Songwriter,” the hip-hoppy R&B number, “Where Prisoners Drown” and “(I Like It When You) Smile,” the irresistible Pharrell Williams-channeling carrier track that cleverly showcases Harry’s rapping prowess!

At 48, the dashing “American Idol” judge happily steps out of his comfort zone by giving his floor-thumping tunes his own spin, and filling his brand-new pop blast with the jazzy swagger that has enabled the former child prodigy to sell more than 28 million albums worldwide since he recorded his 1977 debut album, “Dixieland Plus”—at age 10!

The repertoire of “Bless This Mess,” the second solo album of another singing-tilt judge, Bamboo (“The Voice of the Philippines”), unleashes swirling hooks that put the 37-year-old rock luminary’s manic energy to good use, and make his electrifying blend of rock, pop and punk-fueled jams accessible:

There are the exquisite psychedelia of the Chris Isaak-recalling “Nothing Like You,” the feisty “Firepower,” the catchy verve of “I Want It All” and the noirish thematic provocation of the bonus track, Kakoy Legaspi’s ambient sound-enhanced “Anak Ng (OFW Blues),” in which Bamboo sings about severed ties and the downside of the Filipino diaspora: “Regalong padala’y nakabalot sa limot/ Miss na miss kita/ Kay tagal mo nang nawala/ —Uuwi ka pa ba?”

The back-to-basics lineup of Rivermaya’s original vocalist isn’t just notable for its head-banging bombast: You’ll be drawn to the radio-ready allure of “Last Dance,” and find the sweltering sensuality of “Lingering Love” appealing—if you can overlook Bamboo’s mumbling and occasionally incomprehensible delivery—the album’s only downer!

The songs featured in 5 Seconds of Summer’s second studio album, “Sounds Good, Feels Good,” which debuts at No. 1 on the Billboard 200 this week, are weighed down by repetitive themes.

What’s hard to deny is how persuasive and contagious the fearless foursome’s songs are, especially the irresistible carrier track, “She’s Kinda Hot,” a ball-busting anthem that pays tribute to the outcasts and losers the song champions. And “Hey Everybody,” whose rabble-rousing bluster is amplified by the lilting hooks of “Hungry Like The Wolf”—the striking 1982 New Wave classic of Duran Duran!