Director Danny Boyle on the job of selling ‘Steve Jobs’ 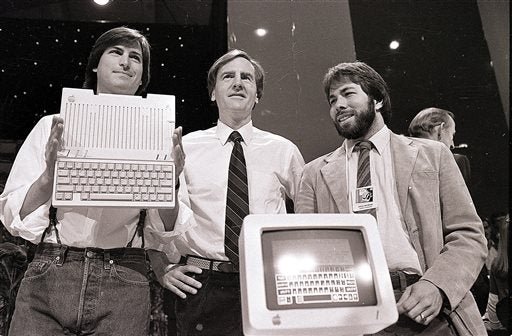 In this April 24, 1984 file photo, Steve Jobs, left, chairman of Apple Computers, John Sculley, center, president and CEO, and Steve Wozniak, co-founder of Apple, unveil the new Apple IIc computer in San Francisco. Steve Jobs, released Friday, Oct. 9, 2015, is the latest movie to examine a charismatic visionary who mesmerized the masses with his trendsetting gadgets while alienating his subordinates and friends with an almost-inhumane cruel streak. AP

The film about the Apple co-founder got disappointing figures when it opened across the U.S., taking only $7.1 million on wide release despite critical acclaim and two successful preview weekends on limited release.

Boyle was surprised by the film’s box office numbers but says he’s not interested in taking the easy route when making movies.

“You try and make complex films, not simplistic films. You also want to make them highly pleasurable as well,” the 59-year-old British director told The Associated Press in an interview Monday.

“We did brilliantly the first two weekends,” he explained. “Then they went too wide too soon and that’s a mistake. But hindsight experts are always around on Monday mornings.”

The movie, starring Michael Fassbender as Jobs and Kate Winslet as his right-hand woman Joanna Hoffman, comes from a script by Aaron Sorkin. It is structured into three acts — each the run-up to launching a new tech product: the Macintosh in 1984, NeXT in 1988 and the iMac in 1998. 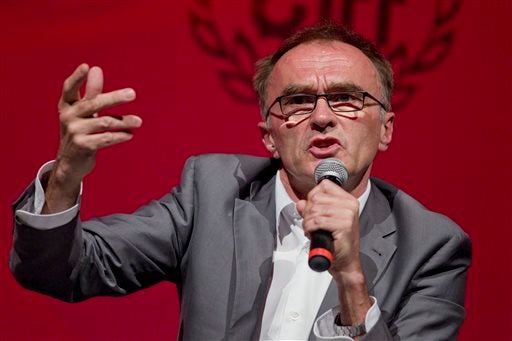 Considered an award-season heavyweight, the Oscar-winning Boyle (“Slumdog Millionaire” 2008) is confident the film will find its audience and says he won’t be shocked if Fassbender and Winslet feature high on the upcoming trophy circuit season.

“I’ve been very lucky to be involved with a lot of very good performances over the years, and this is on a different planet, I think. I mean Fassbender and Winslet — and Seth Rogan is just extraordinary in his playing (Apple engineer Steve) Wozniak — so yes, I’m very, very proud to be associated with them,” he said.