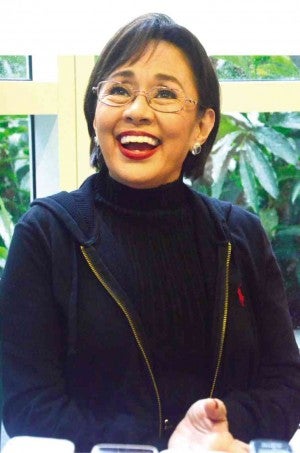 Vilma Santos turned a year fiercer on Tuesdayday. So let me pay homage to the Star for All Seasons as my birthday present for her. This is not exactly late, because one day is not enough to celebrate all the wonderful things Ate Vi is.

Every time I visit her in Batangas, I take home Ate Vi’s warmth and zest as her pabaon along with the Batangas delicacies she showers me with. There is something about Ate Vi that stays with you and lingers on until you see her again. Her text messages, complete with emoticons, never fail to turn my day around.

What would local show biz be if Vilma Santos wasn’t born? Quite unthinkable! So, Hail to the Queen!

As a kid in Tondo, Ate Vi was already my idol. My cousins, aunt and I would wake up early to watch the first screening of her movies on the opening day. My mom used to be protective of me. She didn’t want my legs to get bruised. But one day when I went to the store to buy pictures of Ate Vi, I fell down so my legs got wounded. My mom scolded and spanked me but I didn’t mind her. What was important was that I had new pictures to add to my Ate Vi scrapbook. 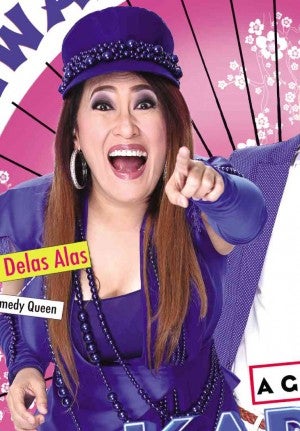 AI-AI de las Alas has been a Vilmanian since she was a kid.

When I was working as a secretary in Bulwagang Gantimpala, I finally saw Ate Vi in person. I was starstruck. She was very accommodating when I asked to have a picture with her. Even now that I’m already in show biz, I am still in awe of her. I found more reasons to admire her as an actress, public servant and friend. There are only two people whose advice I follow—Tito Boy Abunda and Ate Vi. 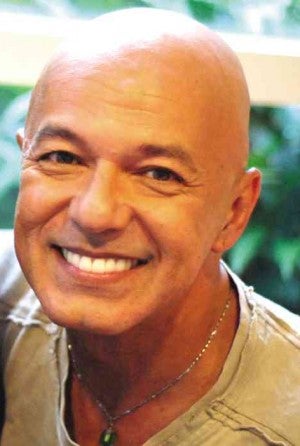 What really struck me was Vi’s humility. She’s down-to-earth. I remember during our acting workshop, I asked her to come alone instead of arriving with her usual entourage. And she did. I saw a true artist who was very open to learning and her being a gigantic star didn’t hinder it. Even to this day when we work together, she still asks me: “Did I say it right?” She has not changed. Such a genuine and sweet human being. That’s why she is sincerely loved by many.

If there’s a Peter Pan, then Vilma Santos is Tinker Bell. She has this endearing quality that elicits joy in others. From when she was a child star, Vi could play practically any role on screen.

As a public servant, she has maintained an impeccably clean reputation. I have not heard anyone who has said an unkind word about Vilma.

When we were shooting “Sinungaling Mong Puso,” Ate Vi was late for five minutes. That was the first time I saw an actor apologize so humbly to the crew. We had a scene where I had to humiliate her. I was hesitant at first, but she told me not to be intimidated and just do what I had to do. She even gave me tips on how to deliver my lines. Luckily, I got nominated in that movie for best supporting actress. I did well mainly because of Ate Vi’s pointers. She has no hang-ups in life that’s why I am a certified Vilmanian.

What I can’t forget about working with Vilma Santos is her remarkable professionalism. She comes to the set prepared. The moment she hears the director say “Action!” she spontaneously becomes the character needed in the scene. She is not “gimmicky.” She avoids fuss when preparing for a serious scene. She does not need extra attention to be able to do what is required of her. She is an actress par excellence.

Vi and I portrayed husband and wife in Danny Zialcita’s “Karma.” In one scene, I had to beat her up. It was difficult emotionally and physically but because Vi was cooperative and uncomplaining, the shoot went without a hitch. I won best supporting actor in Famas for that film. I would not have won if my leading lady was not as brilliant as Vi.

Early in my career, Vi and I worked together in “Good Morning Sunshine” under Direk Ishmael Bernal. She was a delight to work with. The movie was very campy and we used to laugh at the dance routines we had to do… I would love to work with her again. I have admired her greatly from afar as to how she has transformed her career from show biz to politics.

The movie is directed by Joel Ferrer and stars Ricky Davao, Cherie Gil, Dino Pastrano and Bangs Garcia. There are a lot of laugh-out-loud moments as well as poignant scenes that are low on syrupy drama but high on introspection.

It premieres on Nov. 9 at the TriNoma Cinema. Contrary to its title, “Baka, Siguro, Yata (Maybe, Perhaps, Probably),” this movie is a sure thing!

Birthday cheers to my ever dependable and cool buddy, Ferdie Topacio.