Flamboyant Celeb and Colorful Nemesis have been caught in a raging feud for ages now. Years ago, FC supposedly pulled strings to get CN in trouble. Bosses fired CN, as a result.

Fast forward to 2015: FC recently encountered a string of debacles in the workplace.

Karma was on CN’s side this time.

Glamorous Celebrity was conspicuously absent during a splashy event.

Is it because GC didn’t want to cross paths with Powerful Personality? GC and PP were once romantic rivals. They were both involved with Influential Insider.

Curiously, PP was seen rubbing elbows with Popular Figure that evening. PF is the sworn rival of GC’s Current Partner.

Cute Charmer is often rumored to be a closet case. CC is too soft and swishy for comfort.

During a recent gathering, CC made the mistake of hanging out with Macho Colleagues, highlighting his feminine affectations all the more.

CC stood out like a sore thumb in the company of MCs. Fortunately missing in that assemblage of hunks is Seasoned Lothario who allegedly had a fling with CC.

Gorgeous Celeb was spotted in a posh country club.

Minutes later, Top Honcho sauntered in the place. GC and TH were once rumored as illicit lovebirds in the distant past.

No, a reconciliation is not in the offing because GC and TH are now blissfully involved with other people.

Perhaps GC and TH were having a meeting to discuss shared responsibilities for their supposed “secret” love child?

Grizzled Bombshell used to be a bankable star. Those days are but a dim memory.

GB allegedly caused a commotion in a bank. GB wanted to encash a check that was clearly for deposit only.

‘The Visit’ at Robinsons

Filmmaker M. Night Shyamalan (“The Sixth Sense” and “Signs”) teamed up with producer Jason Blum (“Paranormal Activity,” “The Purge” and “Insidious”) to produce one of the year’s most terrifying films: “The Visit.”

On Nov. 18, “The Visit” will be screened exclusively in 10 Robinsons Movieworld branches: Galleria, Manila, Magnolia, Metro East, Antipolo, Malolos, Iloilo, Bacolod, Tacloban and Palawan. Viewers can preorder tickets at participating mall branches, through their online ticketing system at www.robinsonsmovieworld.com and through the ClickTheCity App. 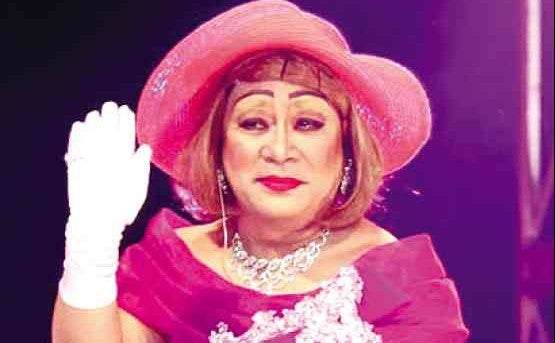 WALLY Bayola, aka Lola Nidora, has nothing but kind words for costar. RICHARD A. REYES

Alden on “AlDub” fever spreading all over the world: “Nakaka-proud. Our intention is to bring joy to the Filipino community around the world.” (It’s contagious.) 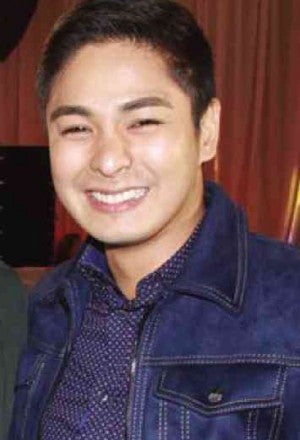 Coco Martin, asked if he accepted Maja Salvador’s dare to twerk in a concert: “Depende kung may time… at practice!” (Twerk it like Coco.)

Albert Martinez on coping with the loss of wife Liezl Martinez: “Baby steps. There are times when you think you’re OK. And then you’re alone and… you’re not OK.” (Sob.) TV Patrol, CelebriTV