Cinema One Originals 2015 gets cool and edgy

This is what the Cinema One Originals Film Festival promises to its avid followers as it embarks on its 11th year with the theme “Kakaiba Ka Ba?”

True to its “progressive, adventurous, cool and edgy” mantra, the annual film festival of the cable channel has expanded their program this year to include several Filipino, Asian and European independent movies which made a lot buzz in different film festivals around the world.

“It’s really about the essence of Cinema One since the beginning, that we want all films to be different. It’s all about diversity, distinguished filmmakers coming from all regions in the Philippines and offering their stories,” Cinema One Channel Head Ronald Arguelles told INQUIRER.net.

Aside from the new nine full-length features, most of which are drama and comedy, Cinema One will include two special presentation films: “Honor Thy Father” by Erik Matti, an action-drama starring John Lloyd Cruz (premiered this year at Toronto International Film Festival); and “Salvage” by Sherad Anthony Sanchez, a found footage horror film starring Jessy Mendiola.

Heading the fest’s Filipino Classics section is the restored version of Ishmael Bernals’ “Ikaw Ay Akin,” which is top-billed by Nora Aunor and Vilma Santos.

Cinema One will also pay tribute to the first wave of Filipino indies and the 80’s pioneers of alternative cinema led by Raymond Red, Nick de Ocampo, Rox Lee and Joey Agbayani.  Ten short films from the Philippines, New Zealand and Iran will be showcased as part of the auxiliary program.

Miguel Gomes “Arabian Nights” and Hou Hsiao Hsiens “The Assasin” are also included on the impressive lineup of the World Cinema Section.

The Arabian Nights was screened at the 2015 Cannes Film Festival last May as part of the Directors’ Fortnight section, while The Assasin was an official selection in the main competition section. The film also won best director for Hou Hsiao-Hsien. 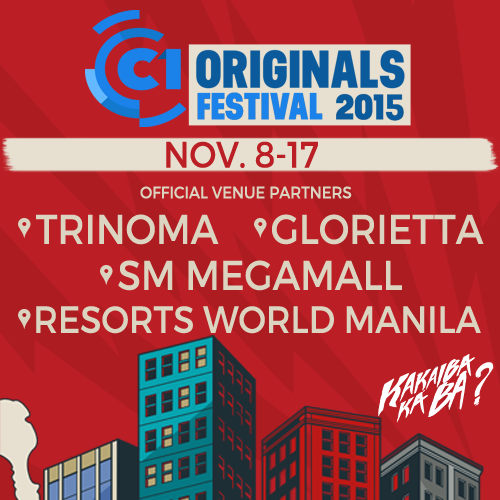 Here are the full and final lineups of films:

1. “Honor Thy Father” by Erik Matti

10. “A Pigeon Sat on a Branch Reflecting on its Existence” (Sweden; 100mins: Roy Andersson)