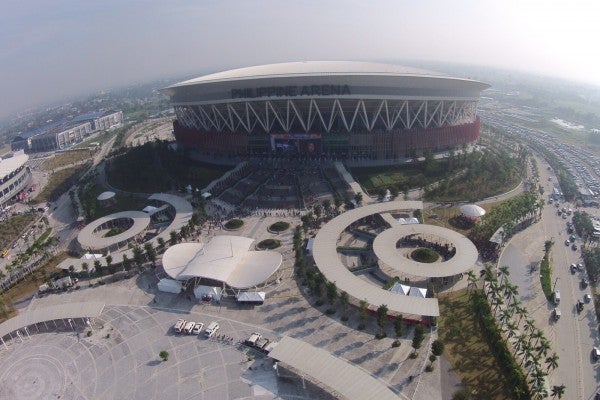 Drone photo of the Philippine Arena on Saturday morning. Photo by Rem Zamora/INQUIRER

Thousands of fans of Eat Bulaga’s segment “Kalyeserye,” featuring the love team of Alden Richards and Yaya Dub (Maine Mendoza in real life), trooped to the Philippine Arena in Bulacan on Saturday morning to watch the noontime show.

As early as 6 a.m., organizers allowed the audience to enter the 55,000-seater arena, which is now recognized as the world’s largest mixed-use indoor theater.

Outside, fans could be seen showing off their tickets, which bore the face of Lola Nidora, one of comedian Wally Bayola’s characters in Kalyeserye.

Below are photos from Inquirer photographers and reporters deployed at the Philippine Arena: 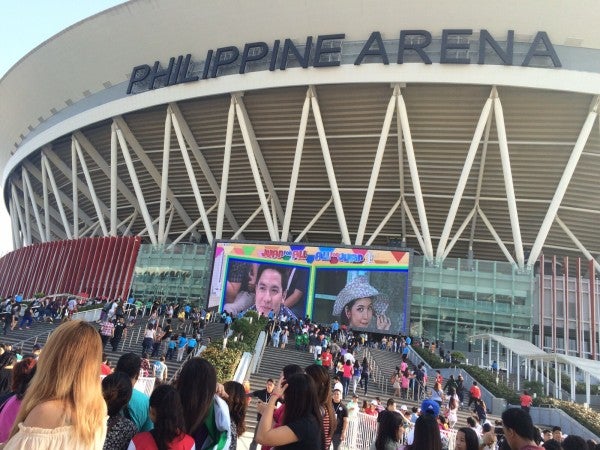 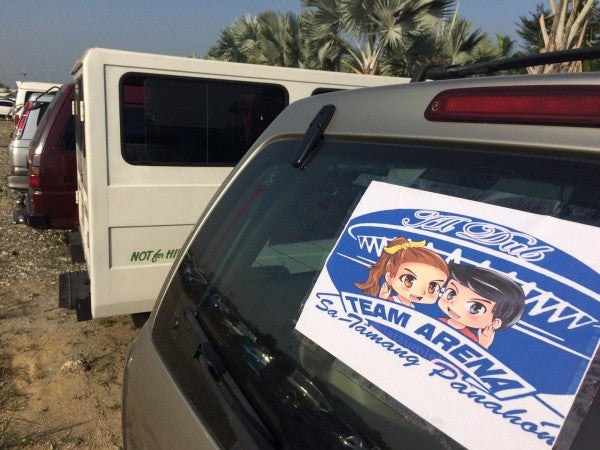 A car with an Aldub fan sign. Photo by Niño Jesus Orbeta/INQUIRER 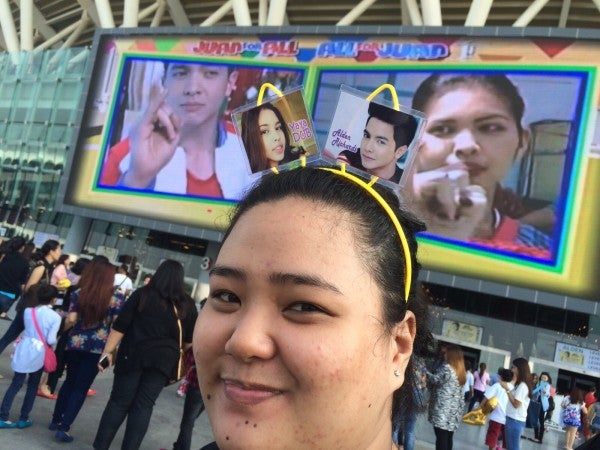 An Aldub fan smiles for the camera. Photo by Niño Jesus Orbeta/INQUIRER 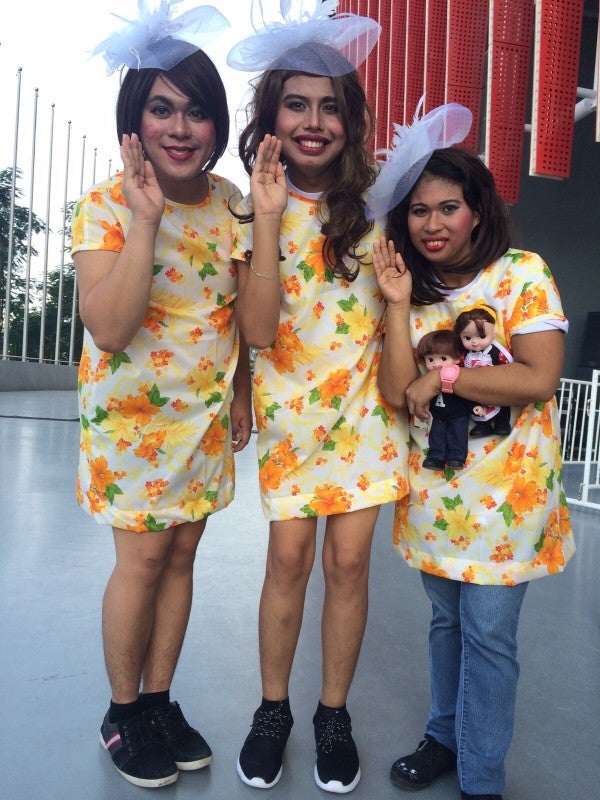 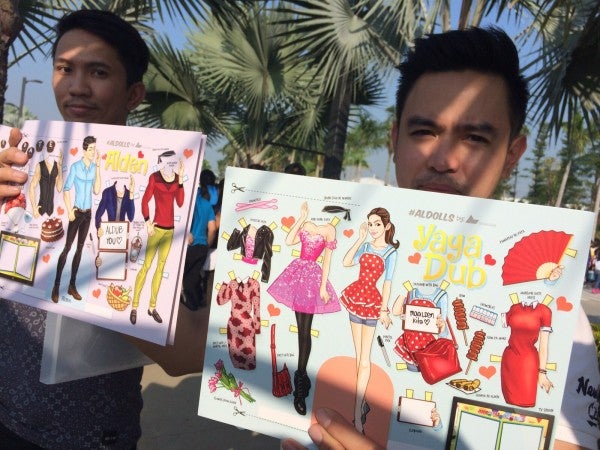 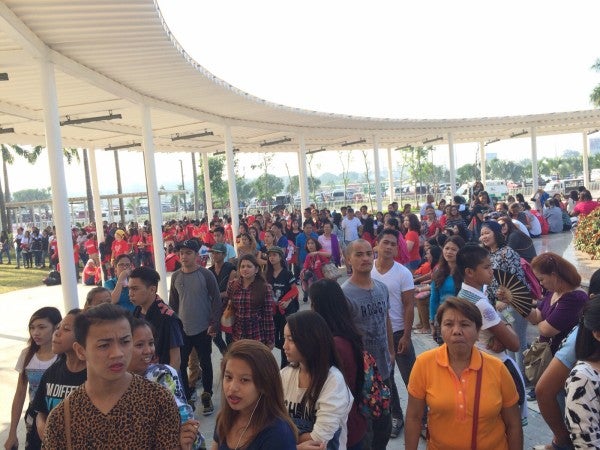 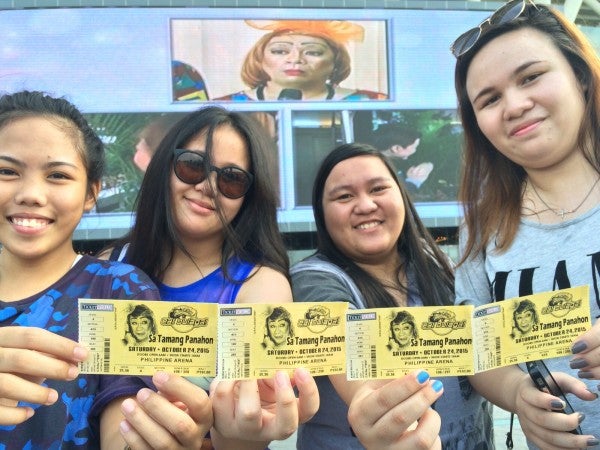 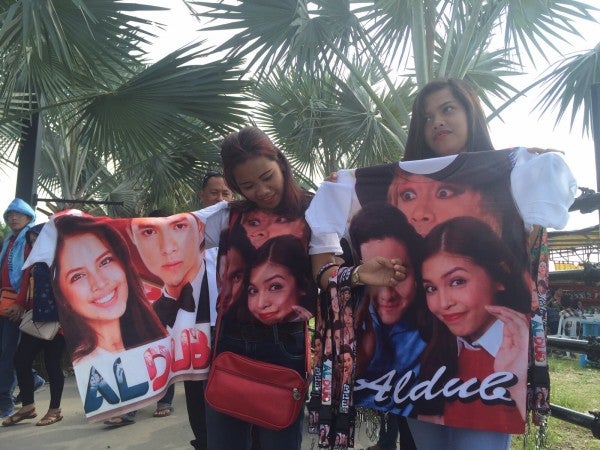 Fans with shirts bearing the faces of Alden Richards and Maine Mendoza. Photo by Rem Zamora/INQUIRER 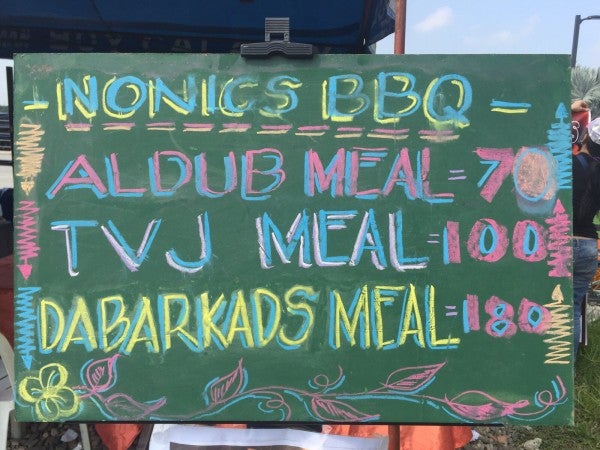 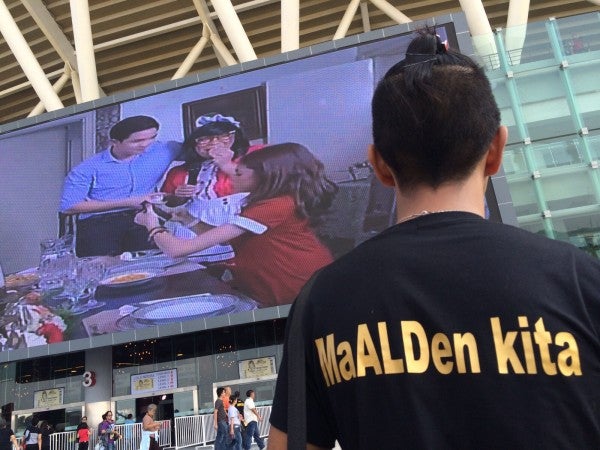 A male fan wears a shirt with the phrase “MaALDen kita,” a play on the Filipino phrase for “I love you” and Alden Richards’ name. Photo by Rem Zamora/INQUIRER 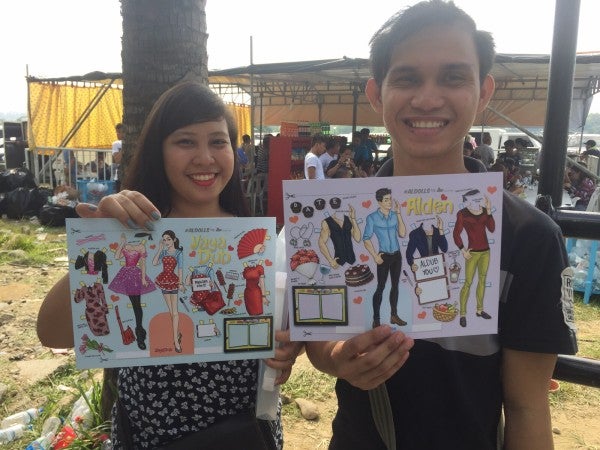 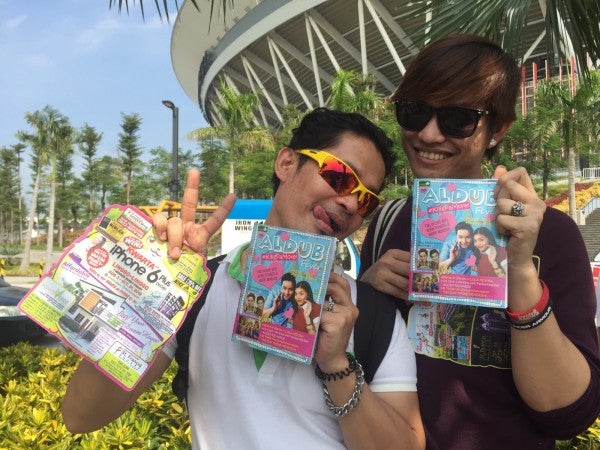