Last Friday night, American DJ and record producer Steve Aoki paid his 5th visit to the Philippines and showed off his musical prowess once again to a jampacked crowd at the Palace Pool Club in Uptown Bonifacio in Taguig. 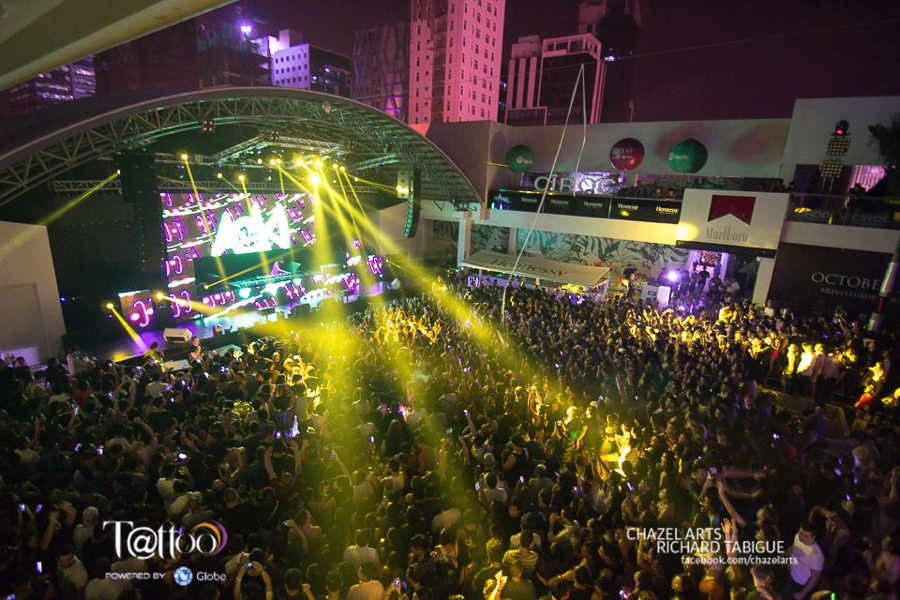 Fans lined up outside the venue as early as 7pm, excited to witness one of the world’s best DJs spin his signature hits. Beats from Deuce Manila and Marc Naval got the crowd going early on, upping the energy in time for Steve Aoki’s opening act, the talented Swedish duo Qulinez.

Very much known in the industry and respected by fellow DJs such as Steve Angello, Qulinez’s mix of progressive and electro house tracks complemented the crowd’s mood perfectly, and definitely brought the Club to life. As soon as Qulinez ended their fired-up performance, everyone began chanting “Aoki!” as anticipation for the well-loved DJ mounted. After a few minutes, Aoki took centerstage, and the rest was history.

His set was nothing short of impressive and dynamic, with a mix of hit songs from his earlier albums, to fresh drops from his recently-released two-part album Neon Future Experience. Ravers jumping up and down rocked the Pool Club, and turbulence – the good kind – definitely ensued. 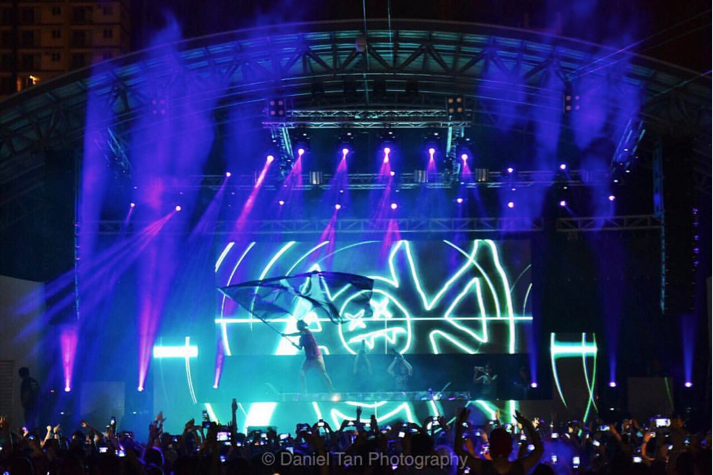 Upon surveying the crowd in the middle of his set, it was apparent that although it had been his fifth time to grace the country, more than half of the audience was first-timers. It’s most likely that aside from his beats and music, the party-goers waited for his famous cake throw and champagne shower – highlights that have become a tradition for his shows around the world. 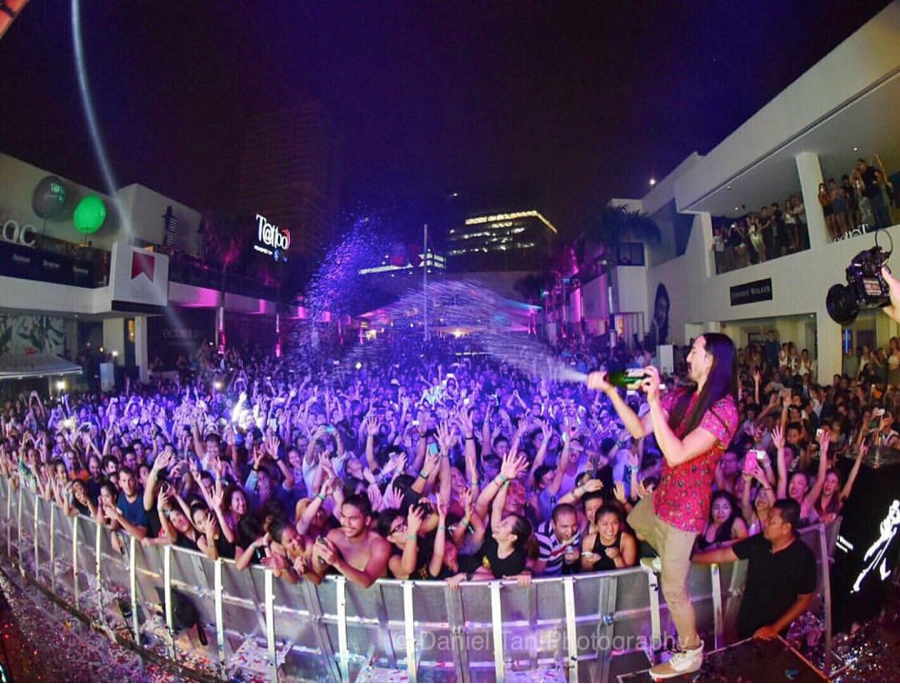 Fireworks ended the crazy night with a bang, and the audience shared every single moment and experience on their social media accounts, thanks to the free wi-fi powered by event presenter Globe at the venue.

“Steve Aoki is a constant figure in the international music scene and many Filipinos look up to him for his talent and passion for his craft. Globe and Tattoo are happy to be bringing Steve Aoki closer to his fans in the Philippines once again for a music experience that will definitely be one for the books,” said Dan Horan, Senior Advisor for Consumer Business at Globe.

To the whole crowd, it was definitely one for the books! Here’s hoping for his next return for another wonderful music experience for Manila’s partyphiles. 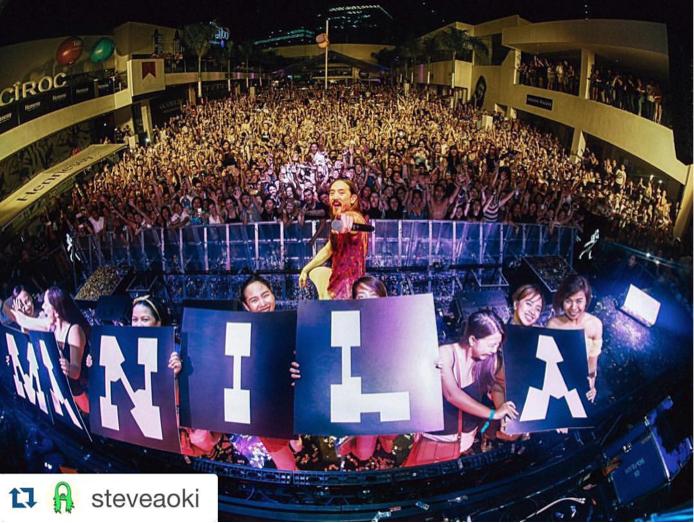