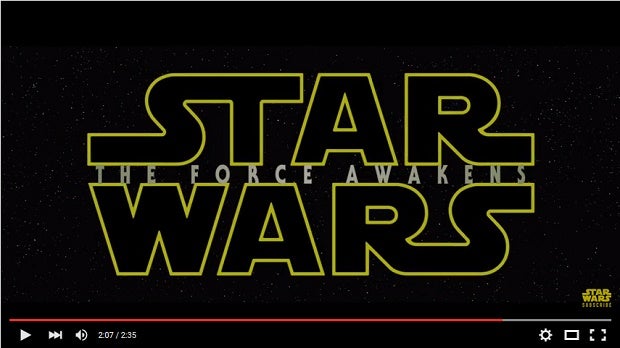 Fandango, the market leader in online ticket sales, said on Tuesday that it had sold eight times as many tickets as it did for “The Hunger Games,” the previous record holder for first day tickets sales.

“This is an extraordinary time for the industry, which experienced unprecedented ticketing demand last night for ‘Star Wars: The Force Awakens,'” Fandango said in a statement, without providing numbers. “The enthusiasm for this year’s most anticipated movie is out of this world, and we expect it to continue all the way to its debut on December 18.”

It said that movie theatres were continually adding more shows as fans rush to secure seats for opening night.

Demand was so overwhelming on Monday evening, when the tickets went on sale, that several online ticketing services crashed.

Some tickets were already showing up Tuesday on eBay, with one pair of VIP tickets offered for $10,000.

By midday Tuesday, the footage had been viewed more than 14 million times.

Walt Disney Company bought the rights to the saga created by George Lucas when it purchased Lucasfilm three years ago for $4 billion.

Disney soon announced plans for a new trilogy in the series, with acclaimed Hollywood director J.J. Abrams being entrusted with “The Force Awakens.” Other standalone films are also planned—”Rogue One” is due in December 2016.

The company has launched a carefully orchestrated mega-marketing campaign for “The Force Awakens.

Analysts expect merchandise sales to reach up to $5 billion this year, with everything from light sabers to action figures and even pet gear on offer.

Super fans of the saga will also be able to book tickets for marathon viewing of the first six instalments in the series before Episode VII.

The entertainment site Deadline has predicted that the movie could rake in a record-setting $615 million when it opens during the busy Christmas season.