Children of the ‘Apocalypse,’ all grown up | Inquirer Entertainment
Close
menu
search

Children of the ‘Apocalypse,’ all grown up 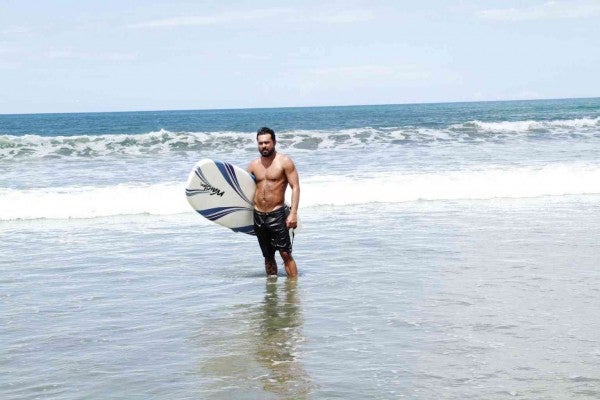 SID LUCERO improved as a surfer during filming.

The director hijacked the scriptwriter’s story.

That, in a nutshell, sums up the creative process, the method in the madness, of filmmaking duo Monster Jimenez and Mario Cornejo.

Cornejo explains that they take turns in the director’s chair and their latest film, “Apocalypse Child,” is his time as captain of the filmmaking ship.

And he steered the boat straight to the beaches of Baler—or as he would put it, he hijacked it to Aurora.

Graduates of the first Cinemalaya in 2005 (“Big Time”), they teamed up again for the equally acclaimed documentary “Kano” in 2010.

It takes them roughly five years to make films and this latest one came just in time for this year’s edition of the Quezon City International Film Festival, which will also screen Francis Ford Coppola’s “Apocalypse Now” and the docu based on the film’s chaotic shoot in the Philippines, “Hearts of Darkness” (Oct. 23, 26 and 30).

What led you to the story?

We were looking to do a different story at first, about a barkada of four middle-aged women who attend the beach funeral of a friend. Then we heard about the legend of how Philippine surfing began, and that changed everything. I hijacked Monster’s story.

The legend goes that when Coppola’s “Apocalypse Now” shot the surfing scenes in Baler, Aurora, they left a surfboard floating in the sea. A fisherman then sold it to some local boys who took turns learning how to surf, eventually becoming the first local surf champs.

So we came up with an idea… what if “Apocalypse Now” left more than just a surfboard, but some children as well? They were here for many months after all. And what if one of those children has been told his father is actually Coppola?

It was a long route getting to this story, but finally I think we found the one we needed to tell.

Why is it important to tell this story? 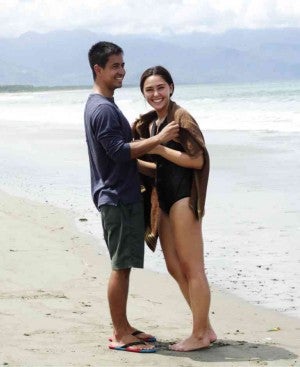 LOVERS in paradise: The director encouraged RK Bagatsing and Gwen Zamora to make their own choices during the shoot.

I definitely wanted to tell a story about getting older. But I think what became clear was that we wanted to talk about becoming an adult, which is more than just growing up. It’s looking back at the stories that define you, and realizing they’re just stories, and those stories can change if you want them to.

When you’re younger, you’re defined by your roots, by the stories you’ve always been told about yourself. Who are your parents? Where are you from? Maybe you’re the smart one or the pretty one. Or maybe the crazy one. You are the stories that people tell about you.

And then after a while, you become the story you tell about yourself. You define yourself by what you’ve done. What’s your role in the barkada?

What’s the worst thing you’ve ever done? Is that who you are?

I wanted to explore these myths that we have in our minds that define our world, the stories we use to make sense of the world, and how they shape everything we see, and how they can hold us back.

What do you find fascinating about the surfing culture?

Surfing is a myth as well. It’s a story that has magic, and the story is bigger than the thing itself. What is surfing? It’s standing up on a floating piece of wood or styrofoam as water pushes you. That’s what it is, but that’s not what we feel about it, what we see. It’s the magic of that story in our heads that transforms it into something bigger, into a lifestyle and philosophy. And that story is more true than the facts.

What were the challenges of the shoot?

We had the usual challenges of independent films, a tight schedule and limited resources. But more than that, our biggest challenge was finding the story every minute we worked on the film.

We’d shoot a scene and look for the truth in the moment, deleting lines and scenes as we saw fit. I told everyone that the script I’d worked on for years was just a blueprint. It’s sort of improvisation, though not really.

My actors are wonderful and they made this film their own. I asked a lot from them. The way I saw the film was, I’d build this world and mood. We’d make them a reality to live in, then I’d let them go into this world and let them live in it and I’d film what happens. I’d only stop them if I felt they were breaking the rules of the world, going away from the reality we’d built. Otherwise, their choices were their own.

That’s a tall order to ask from actors, but they were amazing at it. I can’t believe how good their performances were.

Side note: I tried to write this film with only six speaking parts, which is crazy, almost like a play. I sort of succeeded, though you hear the people around them sometimes. It made everything very intense, very focused.

Sid learned how to surf for this film, and he ended up a pretty good surfer. I will not call him an expert, but he’s definitely no longer a beginner.

Why is it important for you to join fests like QCinema?

QCinema has an amazing deal for filmmakers. They give you P1 million to start up your production and they hardly ask for any rights in return, so you own your film. You can get producers and investors to join in. 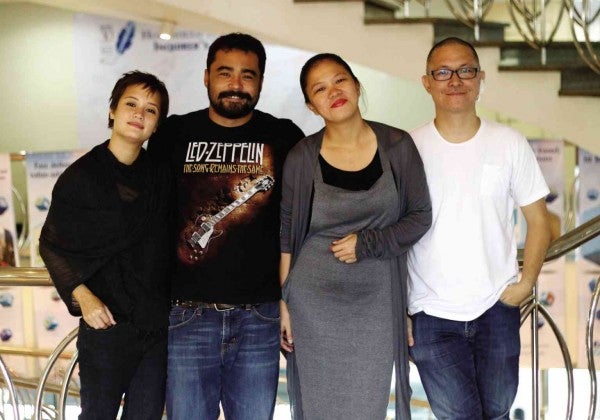 Because of the structure of this festival, we were able to attract amazing people to fund our film. In our case, it was two first-time producers who finally ended up funding our movie. The entries would not be able to attract these kinds of quality investors if the deal with QCinema was unfair to them.

What is the role that film fests play, in terms of audience building, based on your experience as a participant in the first Cinemalaya?

I will always have a special place in my heart for Cinemalaya. It’s my favorite festival, and it was really special. Just being there is exciting, and I think audiences feel the energy.

The Philippines makes amazing films, and we do so every single year. People who used to complain that we didn’t have any just weren’t looking hard enough. Independent films didn’t start with Cinemalaya in 2005, but festivals like Cinemalaya gave people a venue to find these films more easily.

These festivals made things easier for audiences to find films and for filmmakers to show their works. Because of them, I truly think both audience and filmmakers have less excuses for watching and producing good work.

What are your plans for the film?

Submit it to festivals, try to get some sales, and earn our producers’ money back somehow so that their faith will be rewarded. But primarily, help our film find its audience.

What are your other projects?

We have a new documentary in the works with Monster directing again. We’ve been taking turns, so now the ball is in her court again. But aside from that, I want to do a series about a kidnapping, a thriller about a sleepwalker, and a crime comedy about a jueteng lord’s household help who turns on him and tries to rob him. We’ve been working on that last one for nine years. It’s called “Osang’s Eleven.”

A decade after your directorial debut and the first Cinemalaya, why do you persist in making films?

Directing is what I do. I’ve been incredibly lucky to make a living these last years just directing. Movies now and then, a little television, mainly commercials. I was directing way before people paid me to do it. There’s really nothing better in life than walking on set and working with people trying to make something good. After 10 years it’s still a thrill to be doing it, and I’ll be doing it until someone stops me… physically.