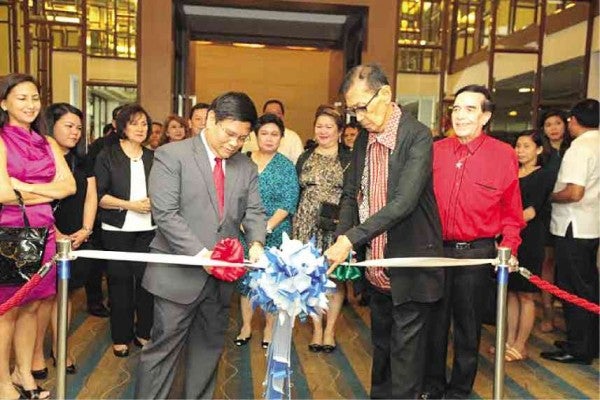 The Movie and Television Review and Classification Board (MTRCB) recently held at the Luxent Hotel its anniversary celebration, honoring three decades of empowering the Filipino family.

“The pearl represents the men and women of the MTRCB, particularly those colleagues in government who prefer to quietly toil day in and day out to make sure that a culture of ‘Matalinong Panonood’ becomes a reality,” said board Chair Eugenio “Toto” Villareal.

The 30th anniversary program was hosted by board members Jackie Aquino-Gavino and Mario Hernando, with entertainment provided by cast members of the Filipino musical “Rak of Aegis” and the Sabado Boys, whose members include Jimmy Bondoc, Paolo Santos and Myke Salomon.

In his message, the chair shared that “for a humble agency like the MTRCB, there can be no more effective yet simple way to celebrate this anniversary than by chronicling for posterity the board’s history since its creation.”

Launched that evening was the 176-page commemorative book, “Empowering the Filipino Family,” which was created under the supervision of executive editor and board member Alfred “Krip” Yuson.

Among those who extended their support to the board were government officials, TV network executives, media practitioners, as well as former chairs and current staff members of the agency.