Hallyu star Park Shin-hye is one of the most sought-after actresses in the industry, taking on memorable roles on both the small and silver screens.

The 25-year-old has starred in many hit TV dramas, including “Stairway to Heaven” — when she was 13 years old — “You’re Beautiful,” “The Heirs” and most recently, “Pinocchio.”

In all the previous roles, Park not only proved her acting prowess, peppered with her natural charm, but also showed strong love chemistry with coactors, establishing herself as the go-to-actress for rom-com series.

Who were some of her recent on-screen romantic? Scroll down the list to see who you think is the best pair.

The on-screen couple Park and Lee starred in the hit SBS drama “Pinocchio” as reporters for major broadcasters. In July, local news reported that the two are in a romantic relationship since the end of the drama, but both denied the rumor and said they are just close friends. 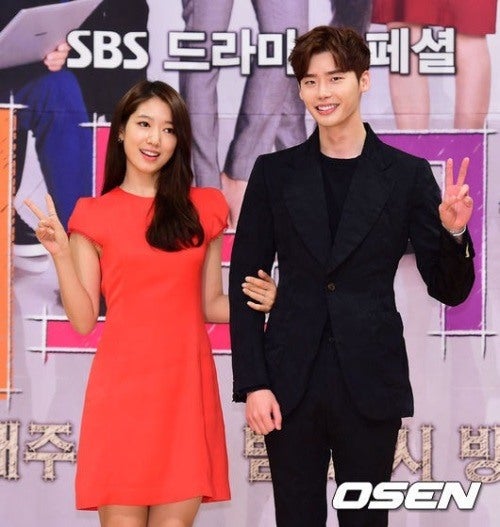 In the SBS drama “The Heirs” in 2013, actor Lee Min-ho played a heir to a multibillion conglomerate, opposite Park, who lives by multiple part-time jobs and struggles to make ends meet. In this Cinderella story, Lee falls head-over-heels in love with Park, despite opposition from his family. Though Lee is dating Suzy of Miss A in real life, “The Heirs” couple looked lovely together in the drama. 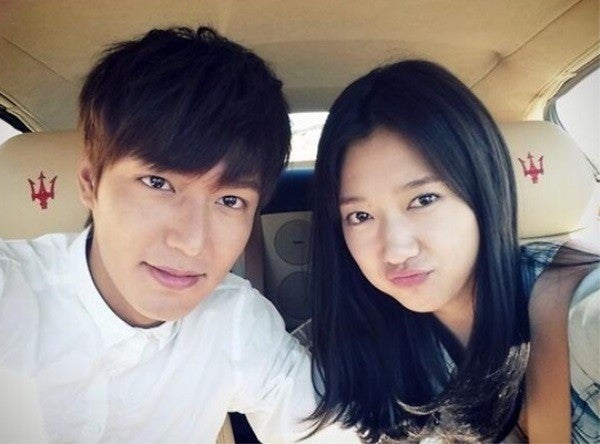 In “The Heirs,” Park was entangled in a love triangle between two heartthrobs, Lee Min-ho and Kim Woo-bin. Kim tried hard in his own way to woo Park’s heart, but she didn’t give him a chance. Kim, who is in a relationship with Shin Min-ah, said Park is a good costar to act with. 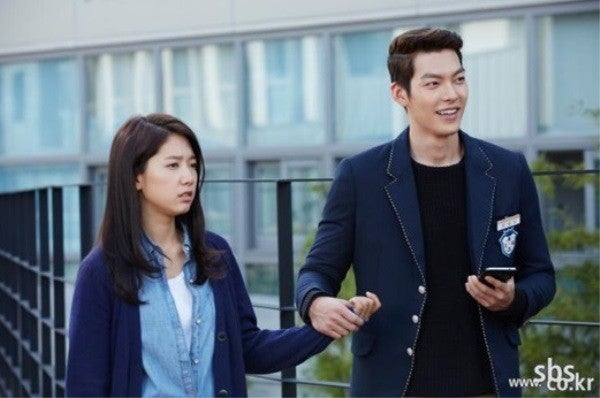 Scene from “The Heirs” (SBS)

Back in 2009, Park starred in “You’re Beautiful” with hallyu star Jang Keun-suk. Park, who cross-dressed as her twin brother in the drama, falls in love with Jang, who played a popular K-pop idol. 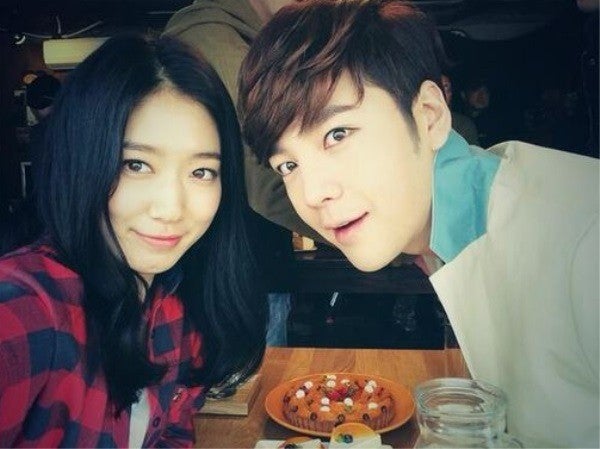 Park starred opposite CNBLUE member Jung Yong-hwa in two drama series. Jung played a guy friend who hides his feelings for Park in “You’re Beautiful.” Two years, later, the two became an on-screen couple in romantic drama series “Heartstrings.” Though they have acted as lovers on the screen, Park and Jung have never seriously been at the center of dating rumors. 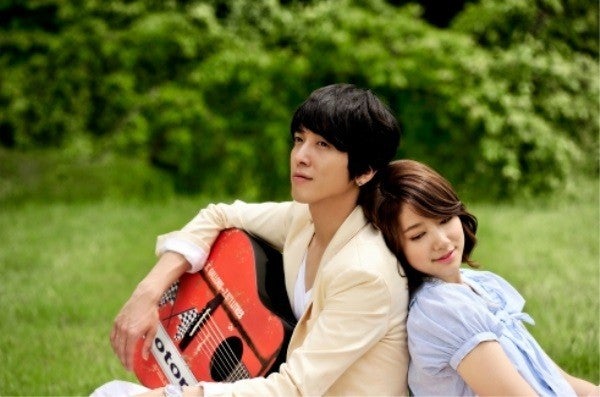 Jung and Park in “Heartstring” (MBC)