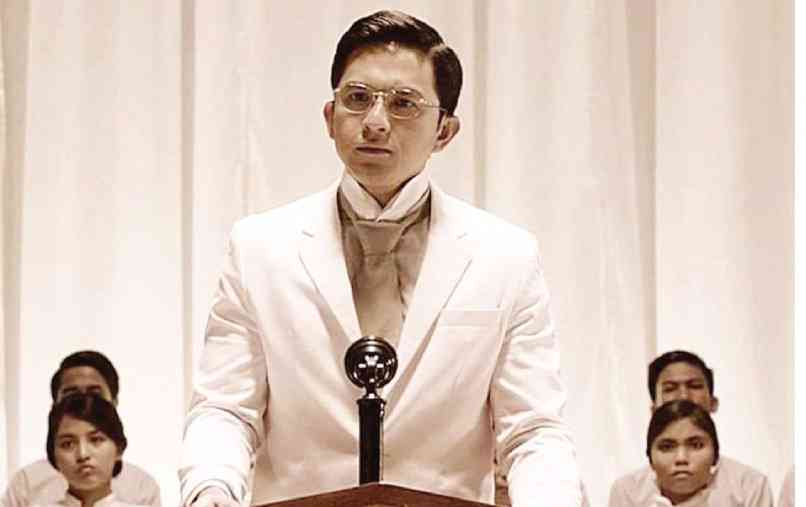 The above-mentioned titles were previously held by the documentary “Honor Flight” and the fantasy-adventure film “The Chronicles of Narnia: Prince Caspian,” respectively.

The former’s screening, held in 2012 at Miller Park in Milwaukee, Wisconsin, United States, attracted 28,442 viewers; the latter, meanwhile, assembled an audience of 10,000 at 02 Arena in London for its United Kingdom premiere in 2008.

Lead actress Bela Padilla, who plays Ka Honorata, the wife of Iglesia ni Cristo’s (INC) first executive minister, Felix Manalo, recalled that entering the venue was an “overwhelming” experience for her, and said that she was happy to be part of such a “historic” occasion.

“When my name was announced…I heard the people cheering. In that moment, I was so scared! But then I saw that they were smiling and were genuinely glad to see us,” Bela said in a text message sent to the Inquirer.   “I remember thinking, ‘So this is what 43,622 (excluding me and costar Dennis Trillo) happy people sound like,’” Bela related.

For INC spokesperson Edwil Zaballa, breaking box-office records was never the intent of the film, which reportedly cost P150 million, and required the services of around 100 actors and 7,000 bit players.

“We embarked on this project because we wanted to tell the story of Ka Felix Manalo…We want to have something that would help members of the church, especially the younger ones and non-Filipinos, to know more about the man,” he told the Inquirer in an interview at a press conference.

“Everything else is secondary to that goal. We’re really not after hitting this or that mark in terms of gross,” said Zaballa, who pointed out that INC currently has followers in all six inhabitable continents.

Meanwhile, on talks that INC will use “Felix Manalo” as a tool to recruit more members, Zaballa said that while the film may pique the interest of nonmembers, it’s unlikely that it will prompt them to change religious beliefs just like that.

“Watching a two-and-a-half hour film isn’t enough to share the truth of the Bible,” he said. “You have to really learn the doctrines that we uphold. And for that to happen, you need to attend Bible studies and worship services.”

That being said, Zaballa hopes that the movie sparks interest among people to “know INC better.”

Will INC members be required to watch the film?

Zaballa said INC members need no convincing. “It’s the other way around, actually. People have been expressing their interest to see it; many are already clamoring for tickets,” he related.