The wanderings of a Japanese indie in Tondo 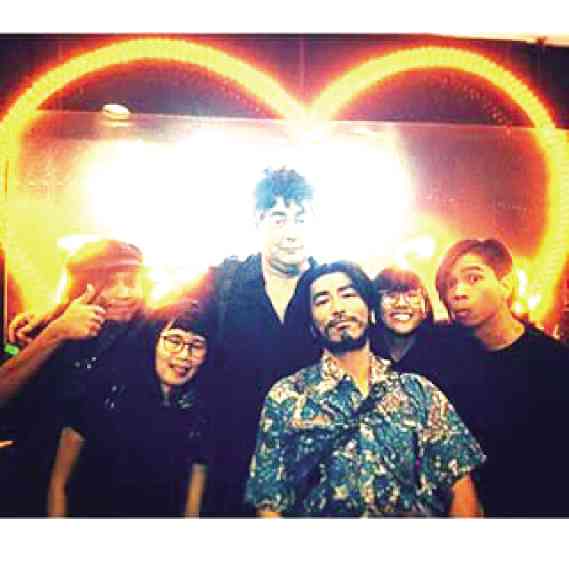 Last month, “Blanka,” a full-length feature film about a Filipino street child and her traveling companion, a blind old man with a blue guitar, premiered at the Venice International Film Festival.

It was one of three offerings from the Venice Biennale College Cinema, which were chosen out of over 400 entries from all over the world. (Next stops for “Blanka” are the Busan and Tokyo film fests this month after which it may come to Manila.)

Interestingly, the film was written and directed, not by a Filipino, but by the self-taught independent Japanese filmmaker Kohki Hasei. Its producer is Italian: Flaminio Zadra of Luce Cinecitta. The main actors were actual street people from around Metro Manila, except for the eponymous lead, Cydel Gabutero, a YouTube singing sensation in her own right.

Hasei is no “poverty pornographer.” He calls “Blanka” a fantasy. It has a gentle luminosity that belies its grim subject. The little girl heroine makes four times the minimum wage singing kundiman in an Ermita dive. Her relationship with her accompanist Peter, the blind beggar with the blue guitar, is mutually chaste and selfless.

Hasei’s “Blanka” anachronistically draws more upon the innocence of such classic cinema as Charlie Chaplin’s “City Lights” than the harsh favela realities of Fernando Meirelles’ “City of God.”

Hasei’s first short film about the Filipino poor, “Godog,” won the grand prize at the 2009 Kustendorf Film Festival in Serbia. This lyrical 17-minute paean to the children of Smokey Mountain, for which he was the director, editor, cinematographer and producer, so impressed the Kustendorf film fest founder Emir Kusturica that he invited Hasei to stay on as artist in residence.

Hasei lived for the next two years in Kusturica’s country house in Drvengrad or in his hotel in Jamaica, making films and traveling around Europe. Kusturica himself has won the Palme d’Or at Cannes twice and directed or produced internationally acclaimed feature films, such as “Arizona Dream” with Johnny Depp. While in Serbia, Hasei converted to Eastern Orthodox Christianity and was christened Stefan with Kusturica and his wife as his godparents.

Apart from “Godog” and “Blanka,” Hasei made other shorts in Manila: “Luha sa Disyerto” and “Showreel.” His first documentary “W/O” won the 2001 Seoul Net Digital Express Prize and was in the Austrian Biennale and the New York Moma and Rotterdam Film Festivals.

Although he has lived and worked in at least 25 countries, Manila has remained a constant for the last 10 years of his wanderings. He usually comes around Christmas, to celebrate with the now-grownup stars of “Godog.”

What most tourists from developed countries would take for Manila’s alarming anarchy and disorder, Hasei finds exhilarating and life-affirming, compared to the affluent sterility of Japanese cities and most of the first world.

Hasei heard Manila calling to him 12 years ago when he saw photos of Tondo street gangs by another Japanese photographer.

On his first time here, Hasei stayed at a P350/night pension, sharing the bathroom with strangers and eating in a carinderia. A gastrointestinal infection left him weak, dehydrated and literally in tears. After two days, hunger forced him out of his sick bed.

The young boy who sold him cigarettes, asked why he was so pale and haggard. Through mime, Hasei got him to understand what he’d been through. The little cigarette vendor turned out to be an unlikely Good Samaritan, buying him an energy drink and an antidiarrheal tablet.

Hasei was deeply moved by this kindness from one who had so little in life. His experiences over the past decade in Manila’s urban blighted communities have shown him that such kindness was more common than rare.

There is no irony or careless condescension when Hasei repeatedly refers to Filipinos as “a great people.”

“The children of Manila’s slums have given me more strength, inspiration and hope than anything else in my life,” he declared.

He goes alone and unafraid, hanging onto the estribo of jeeps and tricycles, into the Baseco shipyards and the labyrinthine depths of the North Cemetery. Although laden with his video and still cameras, and various other gadgets, he has never been robbed or molested, seemingly protected by a Candide-like innocence and his goodwill to all men.

He has become such a familiar face in these neighborhoods where many Filipinos fear to tread, that they also call him “Direk.” When casting for “Blanka,” he delighted in acts of random kindness and would occasionally invite small groups of children he and his assistant Shindy Bardeles chanced upon on the streets, to Jollibee.

Shindy said he was very careful when casting to always have her with him when he approached families about having their children appear in “Blanka.” He wanted to disabuse them from the start of any suspicion that he might be a tourist pedophile.

Once, Hasei was stopped by cops, while walking around Ermita. They asked to see his papers and darkly hinted at Immigration violations. He invited them to his hotel so they could go through his documents as much as they pleased.

In response to their veiled threats and hints for a payoff, he replied with imperturbable calm that he did not understand what they meant. They blinked first, and left him alone in peace after it was clear he was not going to give in.

Although his English is much better than his rudimentary Filipino, Hasei enthusiastically bids his Filipino friends goodbye with a hearty “Ing-gat!” Buying Marlboros at the corner sari-sari store remains an ordeal, because of his typical Japanese difficulty with rolling R’s and lilting L’s.

Read Next
United by their love for electronic dance music
EDITORS' PICK
House energy committee chair Arroyo bats for cheap electricity
‘FPJ’s Ang Probinsyano’ officially ends after nearly 7 years
Powered by style, innovation and passion
A laptop that maximizes your WiFi so you can maximize your productivity
Red-tagged green activist recalls imprisonment
Authors unbowed after gov’t ‘purge’ of books
MOST READ
Arjo Atayde reveals proposal to Maine Mendoza was ‘more than a year’ in the making
‘FPJ’s Ang Probinsyano’ officially ends after nearly 7 years
Man, girlfriend found dead in Leyte river
Police hunt down farmer for slay of soldier in Samar
Don't miss out on the latest news and information.