United by their love for electronic dance music | Inquirer Entertainment

United by their love for electronic dance music 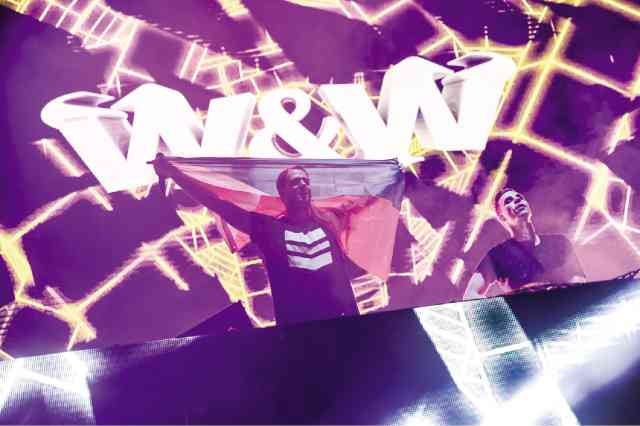 Last Sept. 26, the Mall of Asia Concert Grounds was drowned in laser lights and the night sky was painted with fireworks and confetti.

The grounds shook from the vibrations of the enormous bass speakers and the simultaneous jumping and stomping of electronic dance music (EDM) fans in the “Road to Ultra Philippines” music festival.

The ravers, equipped with their beaded Kandi masks, diffraction glasses, glow-in-the-dark shoelaces, and finger lights, were all united by one thing—dance music.

The outdoor festival had its worldwide leg in the Philippines for the first time and it indulged its fans with fresh and invigorating sets from international DJs Mija, A-Trak, Fedde Le Grande, Zeds Dead, Vicetone, W&W and headliner Skrillex.

Not even the heavy downpour could drive the ravers away. Deeper into the night, more people came pouring in as the biggest name of the EDM industry was about to play.

The sound of howling sirens competed with the crowd’s roar as the main act of the evening was being welcomed. And when Skrillex’s logo appeared on the screen, the screams grew louder than the music from the speakers. 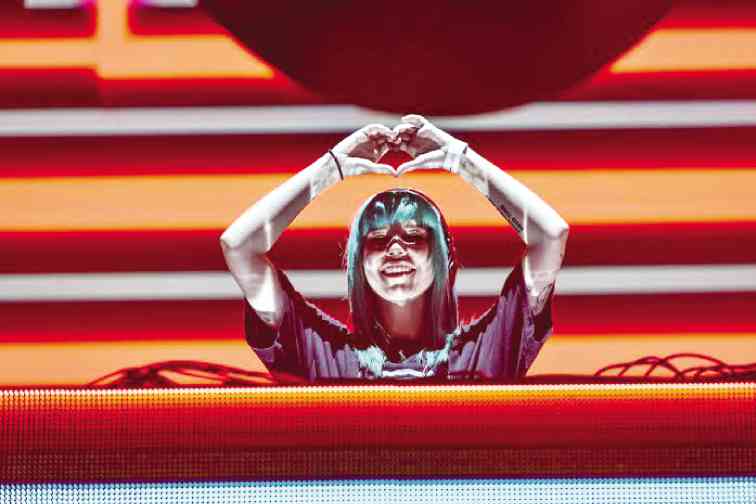 MIJA, a fresh name in the house music scene, was first to take over the stage after local EDM artists opened the Ultra Music Festival.

Images of flames engulfed the whole stage until a silhouette with an iconic asymmetrical haircut was revealed. And as soon as the lights hit his figure, Skrillex began his most-awaited set with “Red Lips.”

He quickly shuffled the track to the beat of “Take Ü There”—one of his recently released tracks with Diplo—and then slowed down the song into a solo piano arrangement before he dabbed the track with booming beats.

His set was unexpectedly genre-jumbling, a perfect balance of balladic moments and fist-pumping big hooks and basses. The current face of EDM played his psychedelic, glitch-beat hits like “Bangarang,” “D-D-D-Drop Tha Bass,” and “All Is Fair in Love and Brostep.”

Festival-goers sang along with Skrillex’s remixes of “Yogi,” “Turn Down For What,” “7/11,” and “Why You Always Lyin’,” with clips of the songs’ music videos shown with comic edits and saturated colors.

“Your energy means a lot to me,” the six-time Grammy Award winner told the still pumped-up crowd at four in the morning before he asked them to raise the country flags they brought and hold their lit cell phones in the air.

He then told everyone to grab a partner and slow dance to the mashup of “Cinema” and “Get Free,” setting a relaxed mood as he neared the end of his set. Fellow DJ Mija was onstage with him, waving the popular Skrillex “Alienation” flag, as he stood on the turntable and danced to the beat. 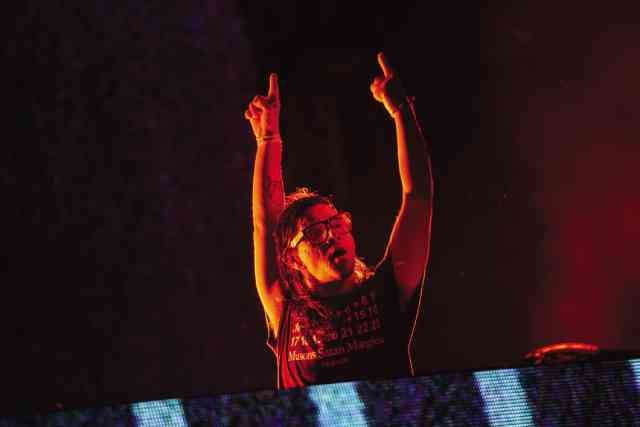 LOS ANGELES DJ Skrillex didn’t disappoint fans as his set was the most psychedelic and ground-shaking act.

Peace was disrupted with destructive noises that signaled the final track of the night, before the crowd bellowed the lyrics of “Where Are Ü Now” to end the night.

The performers didn’t bring surprise guests with them—as they would in the Ultra Miami festival—but maybe the biggest and brightest EDM artists will visit during the repeat of the dance festival next year.