What does actor James Reid have to say about the AlDub tandem singing his song?

It seemed James appreciates that AlDub, one of the country’s hit tandem, is endearing Filipinos through one of his songs.

Since the AlDub couple has become phenomenal in the country, netizens have been comparing them to JaDine (the James and Nadine loveteam) and even pitting them against each other. 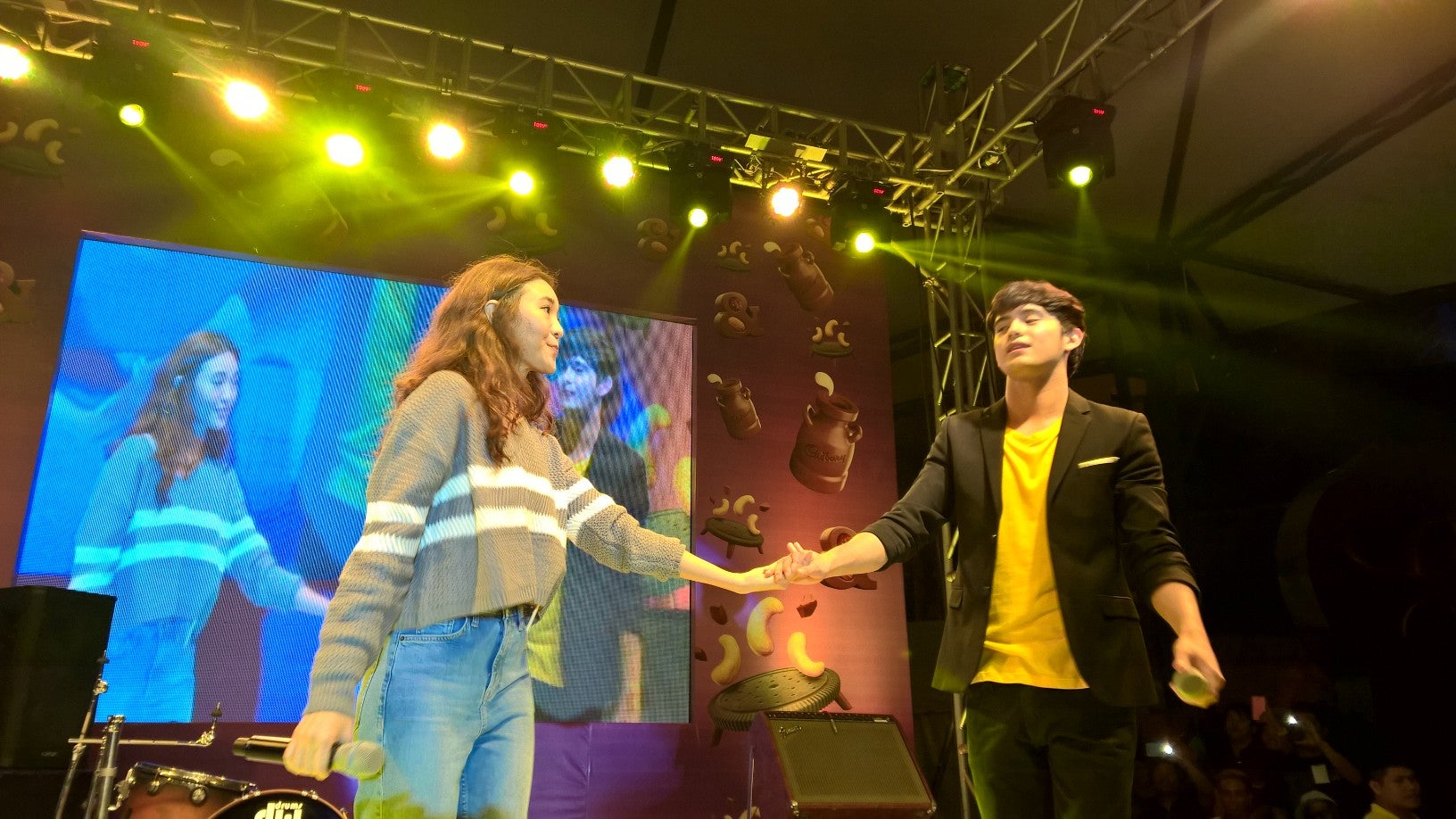 James, meanwhile, admitted that he has no qualms baring his flesh on ABS-CBN’s primetime series “On the Wings of Love.”

“I’ve always been comfortable with my body,” he said.

But James is getting shy now that he finds it hard to pump up his muscles. “(I’m) so busy all the time. I don’t have time for gym. I can’t work out.”

James recently made his fans go crazy when he was seen exposing his lean body and flexing his muscles, together with his co-star Albie Casiño, in one episode of the series.

Would there be other sexy and topless scenes fans must watch out for?

“There are still some,” James said. JE