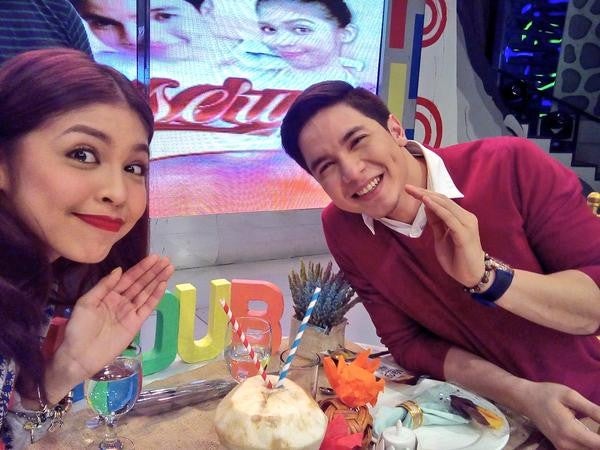 According to a report by CBCP News, the award will be given to the hit love team of Alden Richards and Maine “Yaya Dub” Mendoza, as well as to Wally Bayola who plays the role of “Lola Nidora” and the noontime show’s producer TAPE Productions for promoting Catholic values on courtship, modesty and respect for elders, among other good traits.

Mon Bandril, a part of the awards organizing committee, said that the show conveys an “inspiring message” to Filipinos.

“This is the kind [of show] that we don’t see on TV anymore,” Bandril was quoted as saying.

The Catholic Social Media Awards was established by lay youth group Youth Pinoy and the Areopagus Communications, Inc., and it recognizes personalities and groups in the entertainment industry that are promoting Christian values.

Meanwhile, CBCP President and Lingayen-Dagupan Archbishop Soc Villegas clarified that the CBCP is not involved in the conferment of the award.

“Some news agencies and social media sites have erroneously given the information that the Catholic Bishops’ Conference of the Philippines is granting a recognition and award to the entertainers in the ALDUB Kalye Serye. It is not so. Neither the Permanent Council of the Catholic Bishops’ Conference of the Philippines nor its arm the Episcopal Commission for Social Communications is involved in this award bestowal,” Villegas said in a statement.

Mendoza and Bayola will receive the award on the second day of the summit on October 11. AJH/IDL