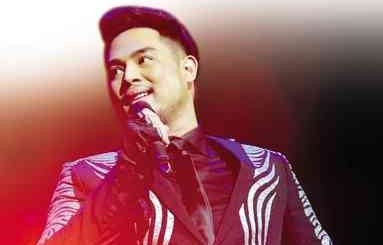 THE SINGER says he doesn’t want to shortchange his fans.

Not one to be complacent, Jed Madela is always keen on experimenting with his music. In his previous album, “All Original,” the balladeer tried tempering his much-vaunted belting prowess to achieve an easy-listening vibe, and to make the featured songs more “singable.”

But, as it turned out, it’s still the blistering high notes that his listeners crave. And what better way to show off those than in a collection of torch songs.

In his new album, “Iconic” (Star Music), Jed stretches his vocal range in tackling hits made famous by pop divas.

“My fans have missed my belting. So when my music producer Jonathan Manalo and I were brainstorming for an album concept, the thought of doing iconic songs by iconic female artists came into consideration,” Jed told the Inquirer in an interview prior to taking the stage in a promotional mall show.

The 14-track album include Mariah Carey’s “Love Takes Time,” Celine Dion’s “That’s the Way It Is,” Whitney Houston’s “Didn’t We Almost Have It All” and Barbra Streisand’s “Evergreen.” He likewise toyed with chunky electronic beats in his brooding rendition of Christina Aguilera’s “Beautiful.”

“Everyone knows these songs, so it was a huge challenge for me. And you can’t lower the songs’ key too much, because they will lose their ‘wow factor’ and the fans will surely notice,” the 35-year-old singer said, adding that his voice gave out after recording “Didn’t We Almost Have It All.”

“The song was so emotionally and physically draining,” Jed pointed out.

Performing such vocally demanding pieces live is an even taller task. And the perfectionist that he is, Jed makes sure not to dodge difficult passages or climaxes. “Singing these songs in a row can be strenuous. But then again, I don’t want to shortchange my fans; I don’t want to give anything less,” he said.

Aside from the album—which Jed intends to promote in the coming world tour of his “All Requests” concert—the singer said he would be closely involved in fielding the Philippines’ delegates to next year’s World Championships of Performing Arts in California, United States.

The country recently failed to replicate last year’s feat of winning the “grand champion performer of the world” title in both the senior and junior divisions. But this, Jed said, made him all the more determined to help the country take back the crown.

“I’ll be more hands-on this time around. The auditions have already started, and I’ll help in selecting and training contestants,” related the singer, who was inducted to the international talent contest’s hall of fame in 2013.

Still, Jed said he thought that this year’s aspirants performed well, and that the country remains highly regarded by other teams. “I always tell our singers that more than the competition, they should also relish the experience, which they can learn from.”