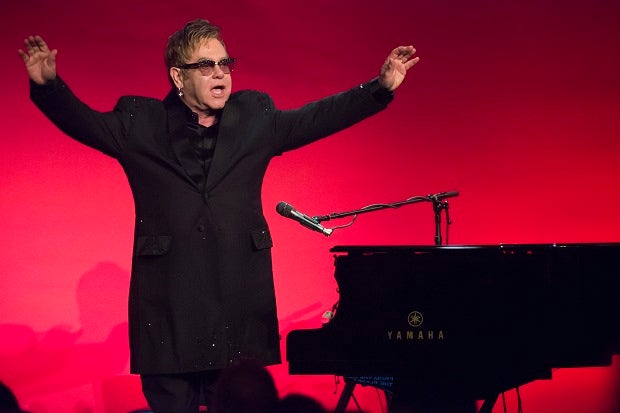 Vladimir Krasnov—who goes under the nickname Vovan—said he called up the pop star pretending to be Putin after the singer said he wanted to meet the Kremlin strongman to discuss gay rights.

“He was very happy and said that the call had made his day and that it was a miracle that it had taken place,” Krasnov told AFP.

Krasnov—whose previous victims have included Belarussian leader Alexander Lukashenko—said he spoke in Russian while a fellow prankster translated his words into English pretending to be Putin’s press spokesman and that the conversation would be broadcast on a Russian chat show later Wednesday.

Elton John on Monday posted a picture of Putin on Instagram and thanked the Russian leader for “reaching out and speaking via telephone with me today.”

Kremlin spokesman Dmitry Peskov, however, denied that Putin had made contact with the “Rocket Man” singer and later suggested the tricksters apologise to Elton John for the prank.

“He is quite a respected and well-liked performer here. It probably was not a very good thing to trick him like this,” Peskov was quoted as saying by Russian news agencies.

The 68-year-old music star said in an interview over the weekend that he would like to discuss Russia’s attitude to gay rights with Putin.

“I’d say, come on. Gay people are not the problem here,” the singer told BBC television.

In 2013, Putin signed off on a hugely controversial law banning the promotion or display of homosexuality in front of minors.

Elton John, who has two adopted children with his husband, the Canadian filmmaker David Furnish, said he hoped to use his influence to promote tolerance.