Gangsters get their cut at Toronto film festival 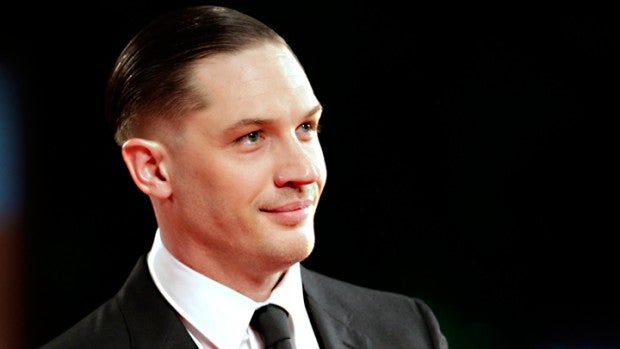 In this Sept. 2, 2013 file photo, actor Tom Hardy poses for photographers on the red carpet for the film Locke at the 70th edition of the Venice Film Festival held from Aug. 28 through Sept. 7, in Venice, Italy. Hardy will play Elton John in a biopic titled “Rocketman.” Focus Features announced Hardy’s casting as the iconic piano man on Wednesday, Oct. 23, 2013. AP FILE PHOTO

TORONTO, Canada—Tom Hardy is not cut out for a life of crime. But the star of “Legend,” one of many mob movies headlining the Toronto film festival, says he can’t help being drawn to gangster tales.

The British actor gives a masterful double performance in “Legend” as Reggie and Ronnie Kray—twin brothers who ruled London’s underworld at the height of the swinging 60s.

The pair were Britain’s most infamous gangsters, crushing rivals and embarrassing police in the East End of London as they assaulted, robbed and murdered with impunity.

As nightclub owners, the Krays gained celebrity status as they rubbed shoulders with politicians, socialites and showbiz types from Judy Garland to Frank Sinatra.

Trying to explain the allure of bad guys on screen, Hardy (“Black Hawk Down,” “Mad Max: Fury Road”) told a press conference in Toronto that it’s all about breaking free from the pressures of society.

It’s liberating, he said, to think “I’m going to change the world around me to better suit my needs as opposed to change myself to better fit into society.”

The notion, he said, is “quite compelling.”

“I think all of us would like to walk into those shoes for a day… just say no to any request and do exactly what I want, and regardless of the consequences.”

The film by writer-director Brian Helgeland, who won an Oscar for his “L.A. Confidential” screenplay, is one of several crime-themed offerings at the festival this year along with Scott Cooper’s “Black Mass,” starring Johnny Depp.

Others include “Beeba Boys” by Deepa Mehta, loosely based on crime lord “Bindy” Singh Johal and the Punjabi gangs operating on Canada’s Pacific Coast in the 1990s, and “Black” about a girl who falls in love with a boy in a rival gang.

In “Legend,” Hardy plays the distinct personalities of each sibling, one smooth and ruthless, the other an impulsive sociopath always spoiling for a fight. He was originally cast as one of them but pressed for both roles and got them.

“I like to watch characters who are rebellious, or will do what they want to do or are anarchic or nihilistic or a bit crazy or off the wall because it’s something I’d love to do in real life,” Hardy said.

So long as it remains fiction, and “safe in a theater.”

“But watching it feeds the fantasy.”

Tipped as an Oscar contender for his portrayal of Boston crime boss Jimmy “Whitey” Bulger in “Black Mass,” Depp took a far more provocative line when talking about violence on and off screen.

“Had the guy continued, (Bulger) would have probably blown his brains out right there. So would I,” he dead-panned.

In another scene that drew both laughs and gasps from Toronto audiences, Bulger instructs his son to only hit other kids when nobody is looking if he does not want to get in trouble at school.

“You’re assuming that that wouldn’t be the advice I’d give to my kids? Wrong,” Depp said. “I didn’t find that advice at all strange.”

During his own childhood, he said, when faced with “some little horror at the school who was needling me,” his mother’s advice was: “The next time anybody puts their hands on you, pick up a brick and lay them out.”

“I’ve taken that advice ever since,” he said.