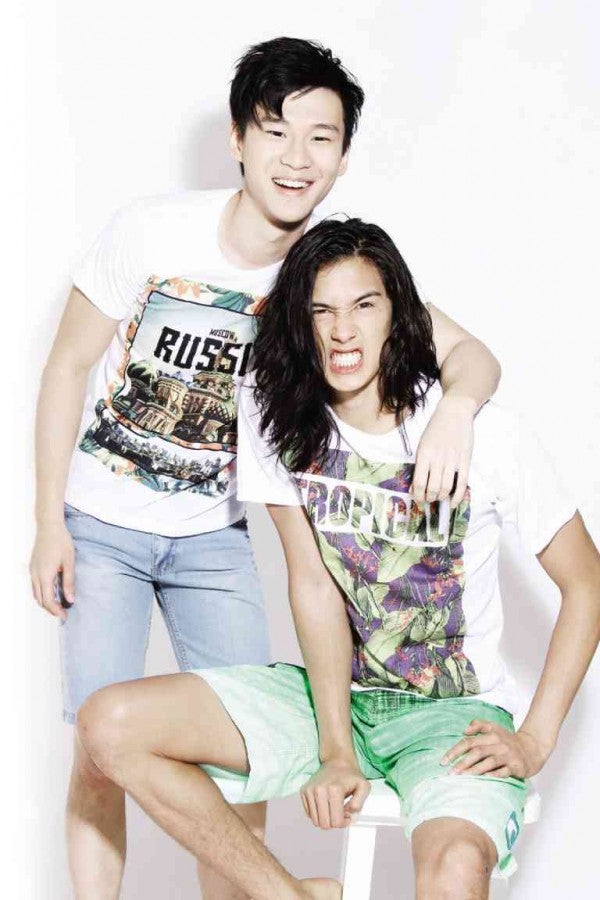 Cute Personality put his inquisitiveness to good use in wooing Perky Lass.

CP connived with PL’s Constant Chaperone and found out the gal’s favorite flowers and snacks. PL was impressed by CP’s tenaciousness.

Perhaps CP got the inside info because PL is interested as well?

After all, PL didn’t stop CC from being CP’s source.

No wonder Charming Idol often looks worn out and haggard.

CI has been losing sleep not only because of work; constant partying has taken its toll on him, too.

CI can be a mean drunk, says a mole.

CI’s handlers, however, made sure that the guy’s image would remain pristine and wholesome—in spite of his drinking problem.

This Hunky Celeb has a different kind of addiction.

HC can’t stop himself from chasing girls. Before hitting it big, HC had a fling with Lovely Lass who lived next door.

Alas, LL was underage then.

HC can be charged with statutory rape if he doesn’t mend his randy ways, pronto.

Erstwhile Heartthrob was spotted in the audience of a show that featured hot, handsome hunks.

EH tried to hide behind celebrity-friends, but an eagle-eyed spy saw him nevertheless.

EH, who used to make ladies swoon, now does the swooning himself. Seems EH, who was married once upon a time, is now ready to bolt out of the closet.

Two young fans, accompanied by their mom, approached Popular Star for a souvenir photo in a restaurant.

PS threw a hissy fit, making it clear that the snapshot seekers were being intrusive. Embarrassed, the kids’ mom apologized and retreated back to their table.

Perhaps fearing a cyber backlash, PS suddenly had a change of heart. PS claimed it was just a joke. Har-har.

James Reid made it as one of the nominees in the 2015 MTV EMA best Southeast Asia act award, along with Faizal Tahir (Malaysia), NOAH (Indonesia), Slot Machine (Thailand), Son Tung M-TP (Vietnam), and The Sam Willows (Singapore).

There is one spot left, for the wildcard nominee—which fans can nominate via Twitter. Voting is open until tomorrow, 5:59 p.m. Fans can tweet and vote by using #MTVEMA and the acts’ specific hashtag.

Nadine Lustre is one of the wildcard aspirants, along with Afgan (Indonesia), Akim & The Majistret (Malaysia), Gentle Bones (Singapore), and Thaitanium (Thailand).

Wildcard winners and nominees in all 2015 MTV EMA categories will be announced on Sept. 15 at 8 p.m.

The newest housemates of “Pinoy Big Brother 737” are SM Youth endorsers as well.

“We’re proud of and excited for Richard and Tommy,” says Marielle Ardiente, the clothing company’s assistant vice president for marketing. “The brand has always been about making statements with one’s individuality.”

Here’s the official statement from TV5 on a major change in its entertainment division:

“TV5 will continue to benefit from Galvante’s broadcast experience as her company will be the line producer of such shows as ‘Happy Truck ng Bayan’ and ‘Wattpad Presents.’

“Galvante, on the other hand, is looking forward to providing content not only to TV5 but to other platforms and channels as well.”