Delightful reminder of a time gone by 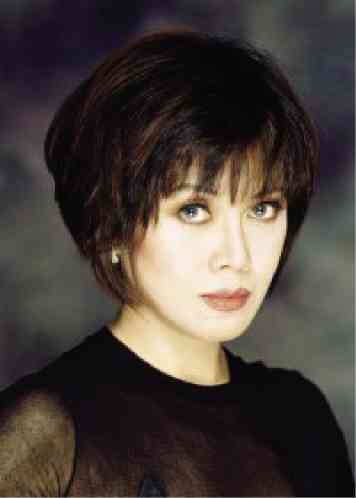 Susan Palad, televiewer: “It’s a pleasure watching reruns of ‘Palibhasa Lalake’ on Jeepney TV, where the zany Joey Marquez and rambunctious Cynthia Patag reign supreme. It becomes deliriously hilarious when Tita Minerva, played by the fabulous Gloria Romero, spouts words of wisdom, either from experience—or occasional bouts with the bottle!

“‘Palibhasa Lalake’ is still viewable, even after 30 years. It reminds us of a time when tambays or kanto boys innocently lingered at sari-sari stores or basketball courts, and watched the world go by in miniskirts and tight-fitting blouses, with gasps and whistles!

“The sitcom was funny and sometimes suggestive, but not blatantly offensive.”

Eireen Margaret Ngan, housewife: “To Tina Paner: I totally admire your Alice character in ‘Healing Hearts’—a good and kind friend. However, you made me sad when you messed up the lyrics of ‘On My Own’ and didn’t sing ‘Don’t Stop Believing’ well in your recent showdown with Sweet Plantado on ‘Bulaga Pa More, Musical Pa More.’”

Jean D. Flores, office employee: “It’s heartening to know that after being away from the big screen, Claudine Barretto is finally making a movie comeback in Chito Rono’s film adaptation of Julie Yap-Daza’s book ‘Etiquette for Mistresses.’ She’s shed some unwanted pounds—so, welcome back, Claudine!”

Ted Saavedra, student: “I was getting my hair cut in a barber shop when my attention was called by a shouting match involving actresses in a scene in ‘MariMar.’ It went on so long that I thought one actress must be shouting to a deaf coactress! Actors, shout ‘judiciously’—please!”

Joy Sedilllo, retired teacher: “I’ve learned that a remake of ‘Angela Markado,’ previously headlined by Hilda Koronel and directed by Lino Brocka, is in the offing, to be directed by Carlo J. Caparas. I hope that the film will be Caparas’ best. Otherwise, the old version would have been best served if were digitally remastered, instead.”