Best of the best | Inquirer Entertainment

Best of the best 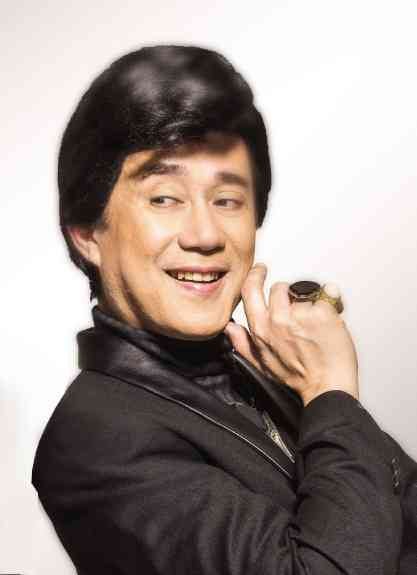 We’re glad that we recently accepted a friend’s invitation to catch the “La Cage Aux Folles” musical at RCBC Plaza, because it gave us the opportunity to savor some truly felt and choice portrayals. Everyone involved in the gorgeously, gleefully, gloriously gay show did his utmost best, but the standouts were Audie Gemora, Noel Rayos and Rafa Siguion-Reyna.

We’re happy to share that we performed with Audie in his very first musical for Rep, “A Chorus Line.” Even then, he already had “the package”—he looked good, loved performing, and was a stand-out singer-actor-dancer. True enough, in subsequent years, Audie’s theater career continued to rise!

We also cherish the fact that one of our most challenging characterizations was in the title role of a play about Pope Pius XII, “The Deputy” in which Audie played our character’s prime antagonist. It was “fun” going mano-a-mano “against” him in our contentious scenes together, and we have no doubt that he’s headed for even greater successes as actor, director, producer and theater impresario.

His performance in the lead, cross-dressing role of Albin in “La Cage” is bound to end up among his most celebrated portrayals. Audie goes way beyond his character’s cross-dressing proclivities and vivifies—her heart and soul!

We would have wanted him to be “more French,” and felt that his portrayal was too American and in fact an actual or unintended tribute to—Ethel Merman! —But, it was memorable and great, just the same.

Other actors could also have played this plethora of gaga-goony types, but not with Rayos’ breathtaking sense of “crazy” inventiveness—and keen instinct for when enough was really too much!

Finally, Rafa Siguion-Reyna “shocked” viewers with his “extreme” theatrical daring by playing the cross-dressing Mercedes with utter commitment and abandon, even if he isn’t to the gender born. We first cited Rafa for his spot-on performance in a celebrity ballroom dancing tilt on TV, where he did exceptionally well, while most other competing “stars” and starlets just went through the motions.

But, he does even better in “La Cage,” which has been followed quickly by “Singin’ in the Rain,” the Asian tour of which he’s also joined.

Up next for Rafa on the musical-theater stage? He would make a sensational Bernardo in “West Side Story,” and Shakespeare’s Romeo (in a mod musical reinvention?) would be another natural casting choice, as well.

People who believe in Rafa’s promise as a total performer should actualize these and other possibilities—soonest!