Comedy Cebu presents a powerhouse of comedians this September 13! 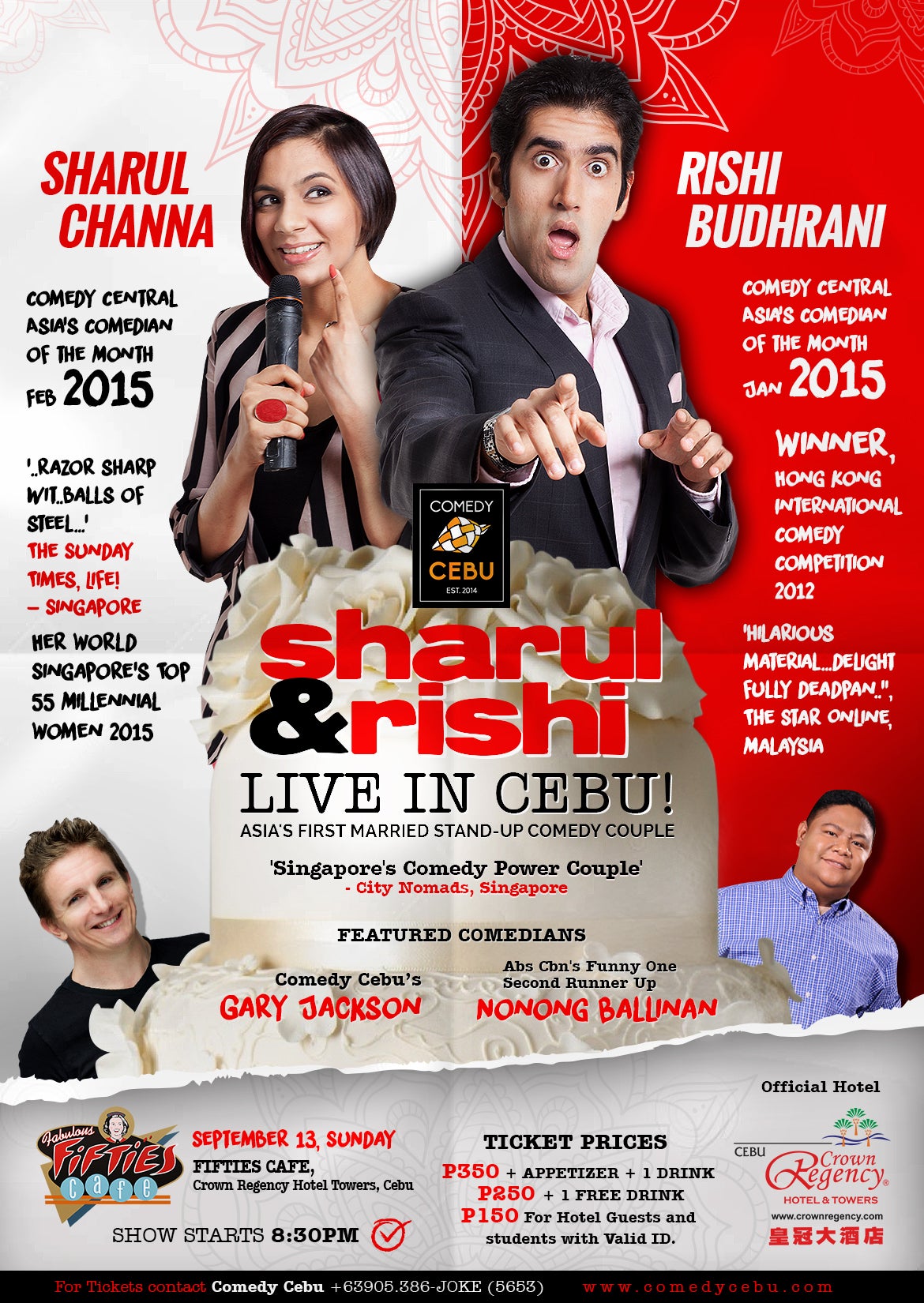 The observational comedy group has been providing Cebu world-class comedy entertainment with its experienced performers in the art of stand-up comedy since January this year, with performers using humor based on life experiences, social trends, human observation- a fresh and equally enjoyable alternative to the insult/drag/gay comedy scene which is hugely popular in other Filipino comedy clubs and shows.

RISHI and SHARUL, LIVE in CEBU!

The show will also include Comedy Cebu founder and international stand-up comedian GARY JACKSON, and Comedy Manila’s NONONG BALLINAN, who also notably won 2nd-runner up in ABS-CBN Showtime’s The Funny One last month. Comedy Manila founder GB LABRADOR, who is also a comedy writer for ABS-CBN, is going to be back in Cebu City to host the show on Comedy Cebu stage once again.

These talented and hilarious comedians of Comedy Cebu will be performing at LAUGHING GAS #4 International Stand-Up Comedy Show which will be staged at the Fifties Cafe, 21st flr. Crown Regency-Club Ultima, Fuente Tower 2, Osmena Blvd., Cebu City, on September 13th 2015, Sunday, 8:30PM. The event will be open to both hotel guests and outsiders.

LAUGHING GAS #5’s tickets are already available for reservation at 350php (appetizer + drink included) and 250php per ticket (includes 1 free drink). Students and Crown Regency Hotel’s checked-in guests may avail discounted tickets at 150php only by presenting their school ID and proof of stay, respectively. Tickets will also be available at the door on the night of the event.

More updates and other show announcements are posted on Comedy Cebu’s official Facebook page http://www.facebook.com/ComedyCebu and their official website comedycebu.com.