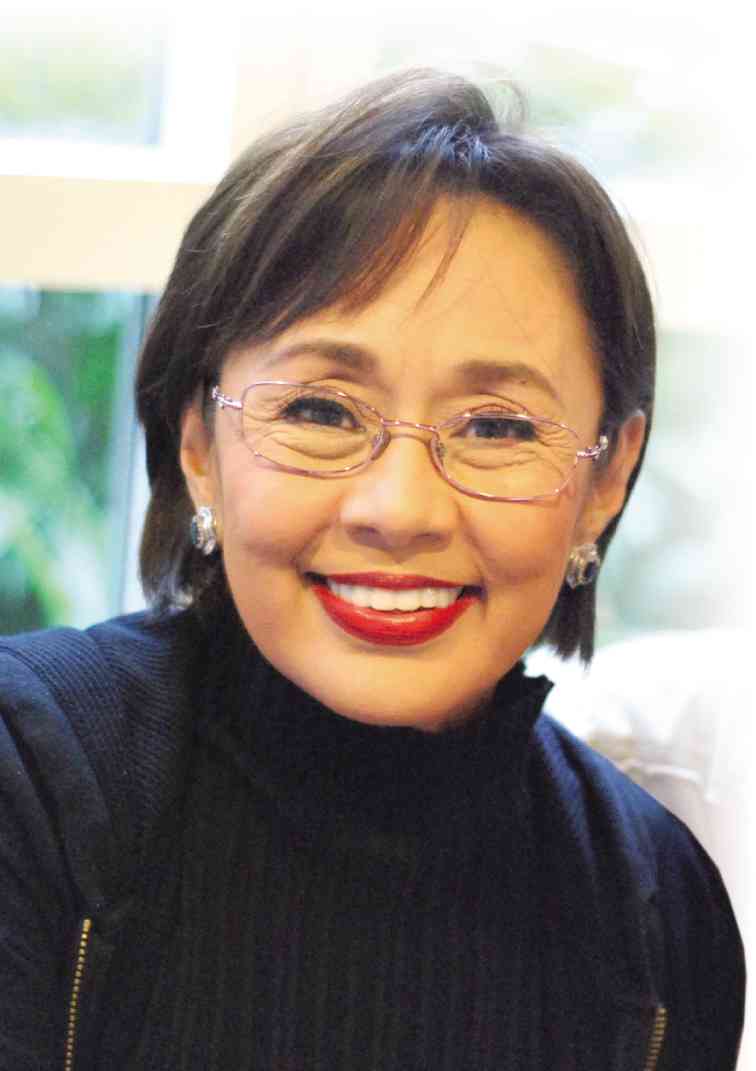 It is always such a delight to hear from Ate Vi (Vilma Santos-Recto). For a celebrity of her stature, I am amazed at how she finds time to reply to my text messages, complete with sweet emoticons. Her messages are never “generic.” There’s always a personal touch, which feels like a warm hug amid a hectic day. She has been asking me to visit her on the set of her new movie with Angel Locsin and Xian Lim. I am looking forward to doing so.

I checked on her lately. Allow me to share with you a portion of her message to me via SMS:

“I am 45 percent done with my shoot for my upcoming movie. I only get to shoot on weekends because my work in Batangas is still my priority. We still don’t have a final title. Working title is ‘Vilma/Angel/Xian movie’ (Haha). We are well-guided by our director, Joyce Bernal. My role is not easy because the character I portray is a filthy rich real estate magnate. I even have my own stylist in the film. I think we have something new to offer to our movie viewers. I am happy that I got an award from the DILG (Department of the Interior and Local Government)—the Seal of Good Governance for Batangas. And I’m proud to say it’s not only because of me as the governor but because we have teamwork in Batangas. It’s tiring but fulfilling to shoot [a film] and be a governor at the same time.”

Whether or not the Star for All Seasons runs for higher office, she will always have the vote of confidence of every Pinoy cinephile.

A gay friend sent me three intriguing photos of an Über-popular Heartthrob (UH) with his alleged Gay Benefactor (GB) when he was still a nobody. Talk about “throwback” pictures which I’m sure the UH would rather forget.

The GB is said to be a male pageant organizer. Rumor has it that GB pulled strings, that’s why UH won two titles in his home province in 2009 and 2010. They are quite chummy in the photos but I would rather not put malice to it. They could just be close friends. Or maybe it was just a photo-op that is now being blown out of proportion as a desperate attempt of GB to be in the limelight. I am not surprised why controversial shots of UH (before fame beckoned) are now circulating. That’s the price all stars have to pay for the life they choose.

I teased Brian Poe about his surprise appearance at the press conference of Jasmine Curtis-Smith whom he gave a bouquet of roses to. I asked him about the story behind the story.

His reply via SMS: “There isn’t much behind-the-scenes story. We literally just met last Thursday because a common friend wanted to set us up. I’ve always found her cute and wanted to meet her but we don’t…[move in] the same circles so I didn’t really think I’d be able to meet her in person.”

After his thwarted romance with “Pinoy Big Brother” winner Myrtle Sarrosa, could Jasmine be the new “app-Poe” of Brian’s eyes?

Ilonggos are my kind of people; that’s why I am fond of singer-actor Young JV. He is not into doing covers. The cool Iloilo artist likes to keep his creative juices flowing, that’s why he composes most of his songs. He recently scored a hit song with “Ale,” off his latest album called “YJV.” The five-track package distributed by Star Music is one lean but mean album, with just five songs—but each strong enough to be single material. Two other tracks feature KZ Tandingan (“Mismo Baby”) and Karylle (“Hurts so Bad”). His album is set for repackaging after his collaboration with Vice Ganda in “PasaDiyos,” which will be in the special edition release.

“Exciting, that’s how I feel about my third album. You’ll find a fusion of EDM (Electronic Dance Music) and R&B,” YJV beams. “It’s an explosion of heavy, melodic and uplifting synths that can only come from my heart.”

At the moment, he is busy doing mall and campus tours to promote “YJV.” He was nominated for Best R&B Recording for his song, “Hangout Lang” in the recent Awit Awards.

On the acting front, the youngest son of retired Col. Red Kapunan of Edsa 1 fame is currently focused on his bit in the “Nathaniel” TV series.

The sweet Ilonggo never fails to share his blessings with others.

He founded the Lahing Bayani Foundation, while also serving as ambassador for HERO Foundation, All Lights Village and PhilYEN.

He celebrated his birthday at the AFP (Armed Forces of the Philippines) grounds with some recipients of his cause-oriented activities.

Ah, to be young and selfless!

ABS-CBN Corp. took home seven trophies at the 2nd Spark Awards for Media Excellence, including the gold award for best media solution-integrated media category for the “Pope, Thank You sa Malasakit: A Message From a Grateful Nation” campaign.

“Isang Bayan Para Kay Pacman” was named the silver awardee for both best campaign by a media owner and best media solution-integrated media.

Bronze trophies were given to “Book of Thanks” in the best media solution-social media, as well as the “Love is On” campaign in the best use of branded content by a media owner category.