Vandolph to run for councilor in Parañaque under LP 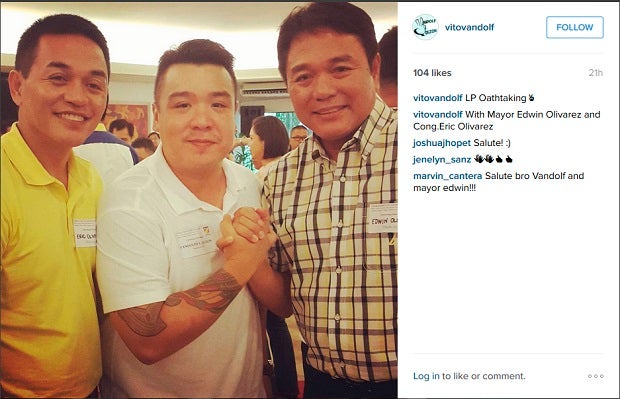 Actor Vandolph Quizon on Monday announced that he will run for councilor in Parañaque City under the ruling Liberal Party (LP) in the upcoming 2016 elections.

Quizon took to Instagram to share a photo of him with Paranaque City Mayor Edwin Olivarez and Rep. Eric Olivarez during the oath taking of new LP members at the party’s Balay headquarters in Cubao, Quezon City.