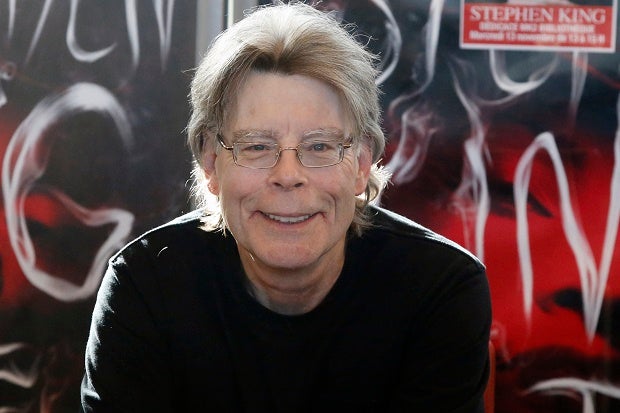 In this Nov. 13, 2013 file photo, author Stephen King poses for the cameras, during a promotional tour for his latest novel, ‘Doctor Sleep’, a sequel to ‘The Shining’, in Paris. King is one of several artists who will receive the National Medal of Arts from President Barack Obama at a White House ceremony. The president and first lady Michelle Obama will present the award Sept. 10, 2015 to King and 11 others. AP FILE PHOTO

WASHINGTON — Actress Sally Field and author Stephen King are among the luminaries set to receive a National Medal of Arts or a National Humanities Medal from President Barack Obama.

Obama will bestow the honors on 18 people and three institutions during a White House ceremony on Thursday.

Field, of Los Angeles, is receiving an arts medal for showing dignity, empathy and fearlessness in performances that have touched audiences worldwide, as well as for showing those same qualities in her off-screen advocacy for women, gay rights and public health.

King, of Bangor, Maine, is also receiving an arts medal for combining storytelling with analysis of human nature, and for thrilling readers through decades of work.

Alice Waters, chef-owner of the organic restaurant Chez Panisse in Berkeley, California, is receiving a National Humanities Medal for her work as a champion of a holistic approach to eating and health.

The remaining recipients are: