Hype-heavy drama is all flash, not enough substance 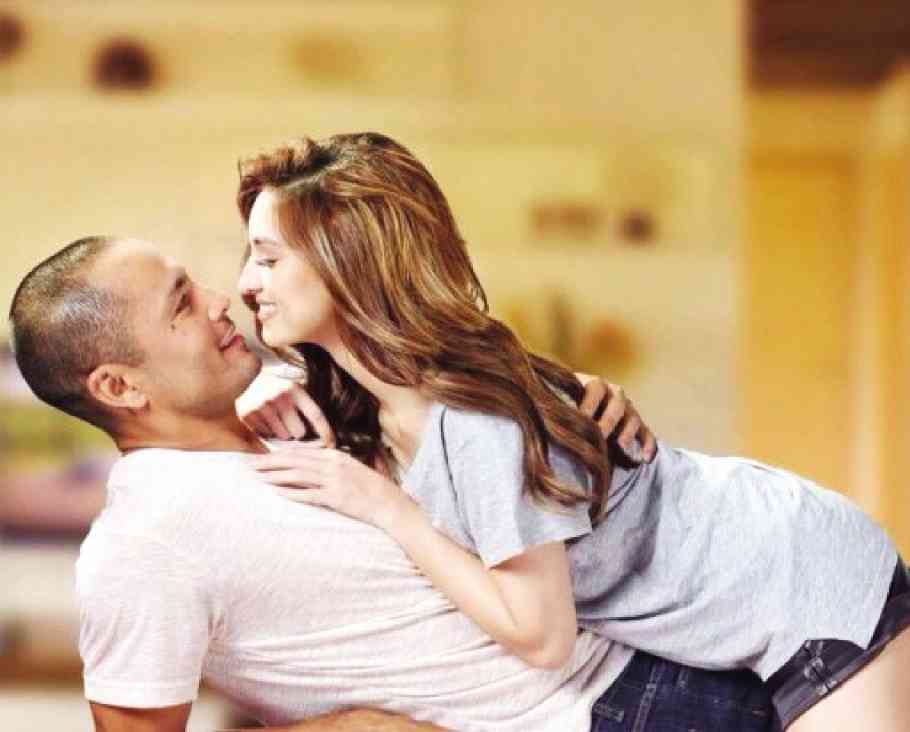 RAMSAY AND GARCIA. Square pegs in round holes.

DESPITE its vaunted A-graded cinematic merits and convenient disclaimers defending its winkingly derogatory sequences, Gino Santos’ “Ex with Benefits”—about Adam Castrences (Derek Ramsay) and Arkisha Aragon (Coleen Garcia), ex-lovers who cross paths 10 years after they break up—has turned out to be as frustratingly offensive as it is thematically vacuous.

This glossy, hype-heavy drama with a quick pace and a “Fifty Shades” smolder, about go-getting med reps and the sex-starved physicians who endorse the pharmaceutical products they peddle, makes fictional mountains out of molehills—and, despite its occasionally bemusing comedic antics and campy tricks, it’s far from amusing.

Thematically, the movie puts square pegs in round holes. True, we’re attracted to dark themes that bravely veer away from mainstream’s superfluous contrivances—but, only when they’re grounded in reality.

But, with Meg Imperial’s hair-flipping, cardboard characterization (of a manipulative med rep, natch) and the production’s crude lines like, “Hindi s’ya utak-doktor kaya wala s’yang sense of urgency to save lives,” who needs fiction and fantasy?

With its blithe disregard for accuracy and misplaced boldness to amp up the drama, the film tries to “exorcise” its perceived sins of commission in a single scene where a character is made to intone, “But, not all doctors are like that.”

This predator-and-prey misrepresentation of the otherwise noble healthcare industry gives the movie its gritty edge—but, at the same time, it’s irresponsible.

Like Adam and Arki, many of the film’s characters are morally corruptible—they conveniently forget about principles to get ahead in life: Most everyone is opportunistic, surreptitiously lecherous, spiteful and scratch-my-itch promiscuous, including the medical-school dean (Menggie Cobarrubias) and pharmaceutical bigwig (Carmi Martin) who urges her ward to think “progressively”: “Huwag utak-doktor, dapat utak-med rep!” —Seriously?

The movie even wraps up its storytelling with a potentially inappropriate situation between a student and her professor!

Adam says he’s a man who stands up for what is right—so, to make up for the insensitive and self-serving missteps of his wayward youth, he tells his desperate ex to “convince me further,” instead of winning her back the old-fashioned way—and she all too easily acquiesces!

Arki’s moral ambiguity is just as confounding: She takes offense when older specialists hit on her, but doesn’t give much thought to indecent proposals when the doctors involved are younger and more attractive.

Derek has chiseled features and washboard abs that are a snug fit for the sexually attractive doctor he portrays—but, he’s thespically compromised by his inability to convey a wide range of emotions. He has two expressions—he smiles and smolders, which aren’t bad if all you want is someone “pretty” to look at, not empathize with.

For her part, Coleen is as effective here as she was in Santos’ gratingly nihilistic suicide drama, “#Y”—proof that an actress can be good even in projects that don’t serve her potent dramatic skills well.

A true screen find, the lovely actress sparkles onscreen and manages to make her character sympathetic, even when her decisions are as deplorable as the film itself. Now that’s no easy feat!