Kylie Padilla steps out of her famous father’s shadow 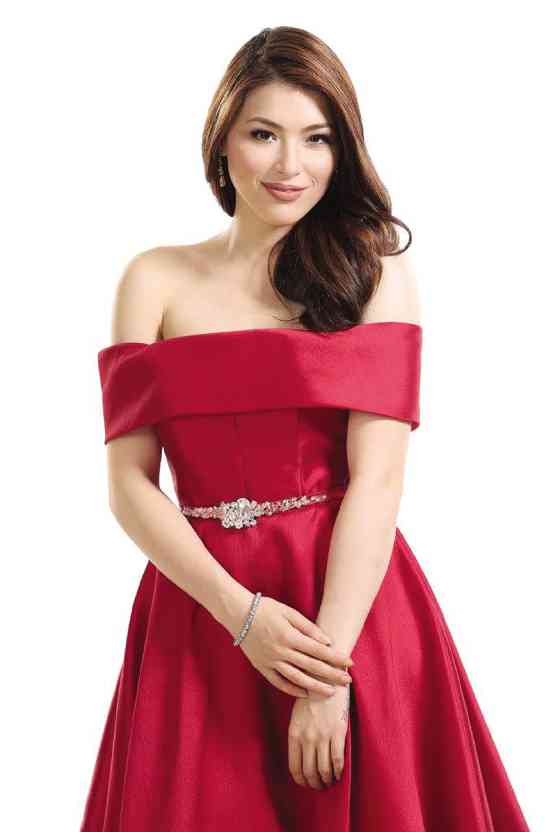 PADILLA. Expresses herself feelingly through music.

However, it wasn’t so hard to forget about the actress’ famous kin when we finally met her in the flesh in Davao. Her spotless alabaster skin and exquisite beauty notwithstanding, we were quickly drawn to Kylie’s radiant personality as she gamely answered queries about sensitive issues—from Mariel’s miscarriage to her much-speculated-about breakup with Aljur Abrenica.

We talked about those issues fleetingly, but there were more upbeat things to discuss —like, we were only too glad to compliment Kylie about her eight-track debut album, “Seasons,” five of which are self-penned. (She also paints, by the way.) When we said we wanted to sing “Sulat” for her, she started serenading us with it! —What a treat!

Music allows Kylie to move beyond steering a middle course between caution and artistic boldness. She muses, “Making the album brought me so much pleasure and fulfillment. My favorite part in the whole process was writing the songs—because that’s when a songwriter is in total control of her material. I didn’t write them to become a recording star.”

“The emotions behind the tracks make the album more special, because they aren’t fabricated. I express myself well through music—and, inspired by personal experiences, tunes like ‘Lonely Without You’ and ‘Gitara’ come from the heart.”

Are the love songs about Aljur? “Well, he was my first boyfriend. Unfortunately, what we had didn’t work out,” she said cryptically. “The breakup was painful, because it happened while I was abroad—I couldn’t ‘fix’ it properly from there. He broke up with me (mimes holding a phone) over something that wasn’t true.”

Does her next boyfriend have to be Muslim? She quips, “Not necessarily—but, that wasn’t the problem. If I ever get into another relationship, I want him to understand that I sometimes need time for myself. I also want someone who can make me laugh.”

Is there pressure to do well because of who her father is? “Yes and no. I’ve acted in some projects with my dad (‘Sa Ngalan ng Ama, Ina at Mga Anak,’ ‘Joaquin Bordado’), and we work well together. Unlike Celine, my character in ‘Buena Familia,’ I have a rebellious streak. I’m a daddy’s girl. He once told me never to take the sexy route to stardom because, while it’s quicker, what will I do after that?”

There’s a lot of “drama” in her family. “I know, right? Hindi na namin kailangang umarte!” she answers with a hearty laugh. How are her relationships with cousin Daniel and Aunt BB? She replies, “DJ and I like the same songs, and share a similar outlook on life. As for Tita BB, it was only awkward in the beginning, because I didn’t know how to address her.”

How about Mariel—and how is she dealing with the miscarriage? “Tita Mariel and I are OK—but, may hiya pa rin ako. They’re getting through it. I give them their own space, because I don’t want them to think na nakikialam ako.”

If she were granted the power to give special gifts to three people, what would they be and for whom? “I want to put my hug in a box and send it to my younger sister, Zhen-Zhen, to remind her that I’ll always be there for her. Then, I want to give Tita Mariel the baby she wants. The last gift is for me—something that would take my fears away, so that I can show the world who I am—and what else I’m capable of doing!”