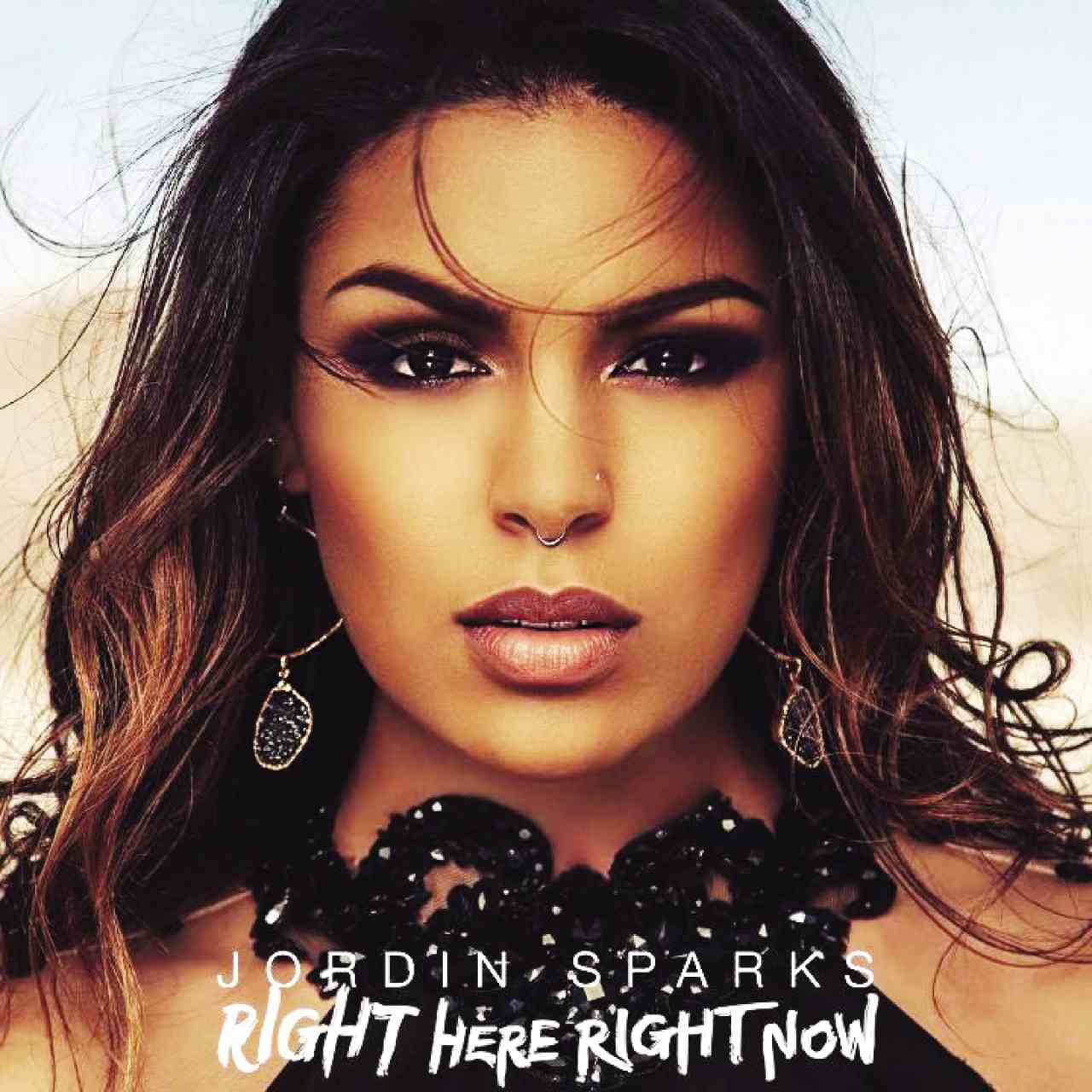 JORDIN SPARKS finally finds the sound that is snug-fit for her prodigiously evocative singing style. In her third album, “Right Here, Right Now,” the former American Idol sends up Janet Jackson’s slinky slow jams with tracks like “Work from Home” (featuring B.o.B), the seductive, head-tone-rendered “Silhouette,” “They Don’t Give” and “100 Years,” made more significant by its moody vocal smother and sensual cooing.

Sparks also pays flattering homage to Mariah Carey’s Mimi incarnation and mirthful musical musings via the ambient sound-garnished “Left… Right?,” about love on the rocks, and the playful “Boyz in the Hood,” about how bad boys attract good girls. In ironic contrast, she gives another bad boy the big brush-off in “It Ain’t You.”

While the album’s themes aren’t always cohesive, the incongruous musical harmony Jordin creates gives her pop-refined sound a fresh spin. Now 25 years old, the singing champ is bolder, self-assured, more mature and less guarded as she sings about no-strings fun (“1000”), taking the next step (the hip-hop-laced title track), and the other woman in her man’s life (“Double Tap,” with 2 Chainz).

Sparks soars even higher in the belting ballad, “Tell Him That I Love Him” (addressed to her ex-boyfriend’s current squeeze), “11:11” (about loving from a distance), the earnestly sung “Unhappy” (about “the blind leading the blind” in a failed romance) and “Casual Love,” her fizzy, reggae-tinged duet with Shaggy.

The collection gets off to a slow start on the Billboard 200 this week—it bows at No. 161. All the same, we hope it’ll grow “longer legs” and expect enthusiastic word-of-mouth to keep “Right Here, Right Now” afloat. —It is, after all, Jordin’s best album to date!

Jason Dy’s pipes aren’t as prodigious as Sparks—but, the Season 2 champ of “The Voice of the Philippines” is just as driven. But, while the songs in his self-titled debut album, “Jason Dy,” are sleek and competently rendered, its “safe” and easygoing repertoire doesn’t quite live up to expectations.

Top tracks: The sublime “Milagro,” about twists of romantic fate, is notable for its tongue-twisting appeal and clever melodic progression, while “Walang Iwanan” is book-ended by “Seasons of Love”-evoking flourishes.

The songs are generally too mannered and “edgeless” for someone who supposedly bested a long list of power belters and seasoned performers on ABS-CBN’s popular talent search. The lead single, “Caught In That Feeling,” has its charms—but, like Dy, it is, for the most part, safe, predictable and disposable.

Read Next
Kylie Padilla steps out of her famous father’s shadow
EDITORS' PICK
The Best Tech Gifts For The 2022 Holidays
Is it safe to talk politics again at family gatherings? ‘The Reconciliation Dinner’ shows us what that’s like
EDITORIAL: To a bike-friendly future
House energy committee chair Arroyo bats for cheap electricity
vivo’s coming to town to grant wishes with more holiday promos
Pagasa: Warm, sunny Sunday in most parts of PH
MOST READ
LOOK: Vhong Navarro transferred to BJMP detention facility in Taguig
The Elephant Man in the Senate
Posh village as ‘shabu’ haven
LOOK: Zanjoe Marudo bonds with Ria Atayde, her family
Don't miss out on the latest news and information.