Portrait of Lamberto V. Avellana as an Atenean 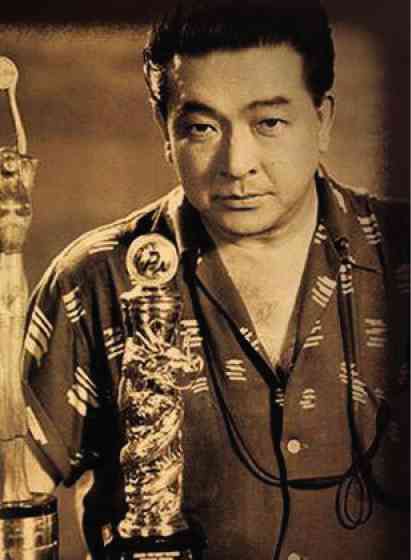 FILM BUFFS should make it a point to take advantage of the Ateneo de Manila’s centennial tribute to National Artist for Film Bert Avellana by way of its month-long celebration, “Lamberto V. Avellana @ Portrait of the Artist as an Atenean,” organized by the Ateneo Interdisciplinary Studies Department.

Avellana’s films will be screened, his career’s highlights will be discussed, and a monograph will be launched.

Avellana is fully deserving of the month-long focus, because he made so many exceptional movies that brought honors to the country in international and regional festivals.

In addition, as film, radio, TV and theater director, he mentored many grateful talents, including this writer, not just sharing his vast knowledge of art and craft, but also “infecting” us with his passion for them.

I can still remember when, as a young film buff, we first watched Avellana masterworks like “Anak Dalita,” “Badjao” and “Kundiman ng Lahi,” and thrilled to his dramatic sensitivity and insights. In particular, “Anak Dalita” made an intense visual impact on me, because it was filmed in the actual ruins of a church that had been destroyed by bombs during World War II, just a few years before!

Also indelibly fixed in memory is the moving shot in Avellana’s “Badjao” in which a newborn babe is lifted up in the air by his proud father as an offering to the raging sea surrounding them.

Avellana developed his eye and heart for such telling filmic moments at the Ateneo, where he was mentored in dramatics by the late, great Fr. Leo Irwin, SJ.

He made his first film, “Sakay,” in 1939 and followed up with more than 70 other productions that vivified his realistic and contemporary view of life.

But, some of his movies also harked back to the seminal influence of the past. It was his insightful appreciation of the key link between “then” and “now” that distinguished some of his masterworks.

Further underscoring this telling insight was his decision to put up Documentary Inc., which came up with some award-winning, non-dramatic productions that helped viewers learn lessons from the past—to better inform the present.

More personally, I owe Bert and Daisy Avellana a lot because they not only mentored and directed me but taught me—not just about the arts, but also about life itself, by way of their “parental” concern.

I still remember with a wry smile the time when they warned me about a notorious “predator” in the theater world—who, they gravely inferred from his actuations, was interested in more than just my “promising” talent!

Also not to be forgotten is this “sweet-sour” anecdote: To support Bert’s film, “A Portrait of an Artist as Filipino,” I made it a point to show up on its opening day, and found Bert more or less alone at the theater lobby.

He called out to me with “exciting” news: If “Portrait” made money, he said, his next film would be “Rigodon”—and he wanted me to play the lead!

—Alas, when we went inside the theater to watch “Portrait,” there were only a few people present—the film lost money— “Rigodon” was never filmed— and I never became an Avellana film star.

—A bummer, right? Nah—at least Bert thought of me—and I have my very own unique Bert Avellana anecdote to share!