Actor is thankful to Albayanos for ‘AlDub’ support
By: Michael B. Jaucian - Correspondent
Inquirer Southern Luzon / 12:46 AM September 04, 2015 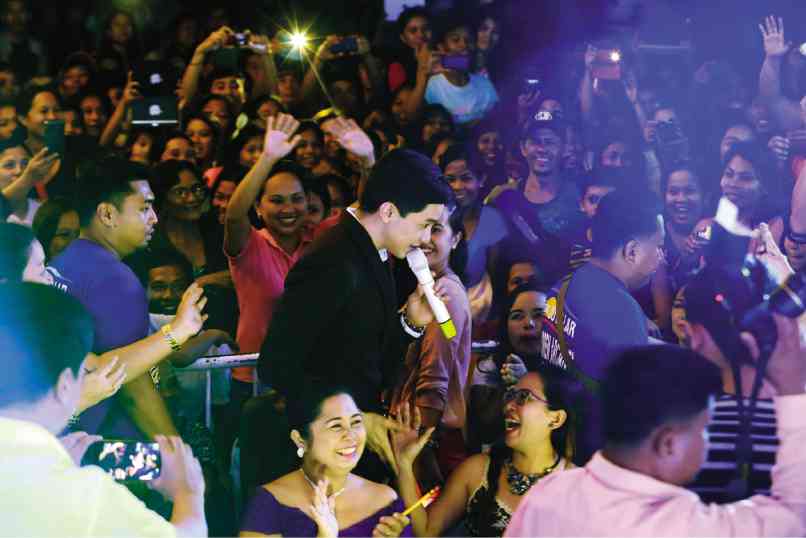 JOVELLAR, Albay—Only half of the phenomenal “AlDub” TV tandem was present, but it was enough to send the province into a frenzy.

Fans, mostly young women, greeted actor Alden Richards with shrieks just as he landed at the Legazpi City airport on Aug. 26. The shrieks continued until he reached this town.

Streamers were on hand and mobile phone cameras were ready to snap pictures of Richards with fans who mobbed him everywhere he went.

Richards is the other half of the “AlDub” romantic pair on the daily noontime show “Eat Bulaga” that has sent ratings of the show soaring and social media burning with countless tweets and Facebook posts.

Richards went to Albay to buy pili nut candies, one of the challenges given him by the elderly aunt of Yaya Dub, Lola Nidora, played by actor Wally Bayola. This was intended to prove to Lola Nidora that Richards was worth Yaya Dub’s love.

Richards was also in Albay to host Mutya ng Jovellar, one of the highlights of this town’s Quipia Festival held from Aug. 21 to 29.

“Quipia” was the former name of the municipality reportedly coined after a mythical beautiful maiden named “Pia” who lived in the river that runs through the town (also called Quipia). 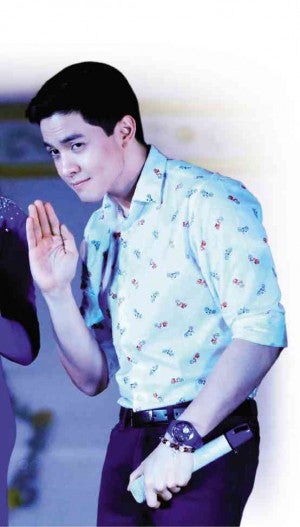 ALDEN Richards drove fans even wilder with the “pabebe wave.”

Richards said he was overwhelmed by the very warm welcome of his fans in Jovellar town, a fourth class municipality south of Albay province.

With the crowd yelling and screaming “I Love You Alden!” the kalyeserye heartthrob was very thankful to the Albayanos for supporting the AlDub loveteam.

“This is my first time to be here… I was very surprised by the people’s reception,” he said.

Some of those who watched the beauty contest came all the way from Legazpi City—about 37 kilometers from this town—just to see Richards.

“Without the fans’ support, it (AlDub) would never be successful here in the Philippines and abroad as well,” the actor added.

What made the crowd more excited was when Richards serenaded the candidates of the pageant, who were in their evening gowns.

The crowd screamed as Richards sang “Akin Ka na Lang” by Itchyworms, while giving each of the candidate a red rose.

When he was about to step off the stage, fans became even wilder as Richards did the famous “pabebe wave” and personally approached and shook hands with them.

He even allowed fans to take selfie shots with him.

As Yaya Dub’s partner, Richards assured kalyeserye viewers that he would do everything and accept all the challenges in order to get Lola Nidora’s approval and personally meet Yaya Dub.

Richards said he would always go back to Albay because he loves the food, especially laing, and the people are very accommodating and loving.

On noontime of Thursday, viewers of the kalyeserye saw Lola Nidora receiving the pili nut candies Richards brought from Albay, while Albayanos who were able to interact and see him in person the previous day were still on cloud nine.