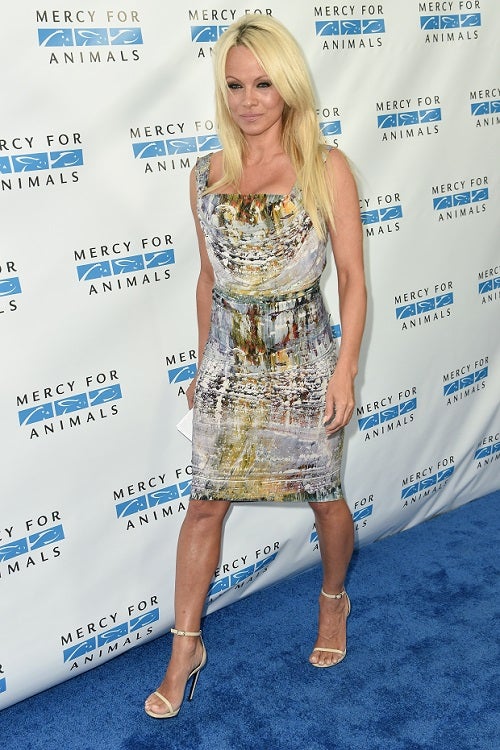 MOSCOW, Russia—Actress Pamela Anderson urged Russia Thursday to join her fight to save whales and seals as she auctioned off a red float used in filming the hit 1990s show Baywatch.

The 48-year-old Canadian-born actress flew to the Pacific port of Vladivostok to attend an international economic forum at the invitation of environment minister Sergei Donskoi.

Anderson attended a charity auction to raise money to protect endangered species and sold off a bright red float used in Baywatch filming for 3 million rubles ($45,000) to a businessman, Interfax news agency reported.

Russian television showed Anderson jogging on the spot on stage in a slinky red dress while wearing the float strapped across her chest.

State TASS news agency said that “getting out of the car before the auction the actress was embarrassed by a tricky incident: her scarlet dress ripped on the chest and she tried in every way to avoid curious glances.”

Wearing a black minidress, she earlier visited an exhibition of wildlife photography and strolled in the city with the minister.

“I know there’s powerful leaders in Russia that can make a difference,” she said in televised comments.

“Climate change is an urgent issue and I want to come here and speak to people that are brave enough to make big changes.”

Anderson said she raised the issue of whales held in captivity and Russia’s import of fur from seals hunted commercially in Canada.

“I want to do something significant, which really can change something, together with Russia,” Anderson said, quoted by the state news agency RIA Novosti in comments translated into Russian.

“Starting with fur seals: I know that products made of fur seals go to Russia,” she said.

The actress known came to Russia after writing to President Vladimir Putin asking him to support her environmental causes, particularly her fight against whale hunting.