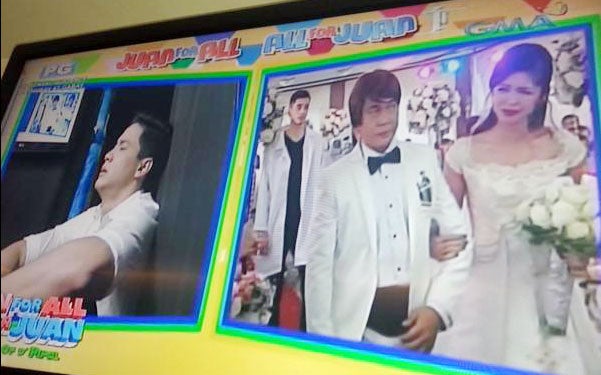 Cable television provider SkyCable, a subsidiary of ABS-CBN Corp., described as “malicious” and “without basis” the allegation by GMA 7 of signal loss during the airing of its noontime show “Eat Bulaga.”

“The complaint of GMA 7 with the National Telecommunications Commission (NTC) last Aug. 25, 2015, regarding shortchanging of our SkyCable subscribers via irresponsible acts, is a malicious accusation and is without basis,” SkyCable said in a statement on Friday.

“If there were service interruptions that inconvenienced some of our subscribers, these were isolated and would have affected other channels, not only GMA 7,” it added.

GMA 7 has asked NTC to act on the matter for subscribers who are supposedly “being short-changed through the irresponsible acts of their service provider.”

The network said it collated tweets from netizens in Metro Manila, Bacolod, and Iloilo dating from July 19 to Aug. 21 claiming that the network’s signal before, during or after “Eat Bulaga” was being “sabotaged” by SkyCable.

Among the segments of the noontime show is the “kalyeserye” featuring the “AlDub” love team of actors Alden Richards and Maine Mendoza, known as “Yaya Dub.”

SkyCable said it was willing to cooperate with NTC for any investigation.

The service provider has assured its customers and stakeholders that it will “take all necessary measures to give you the best service you deserve and continue working round-the-clock to minimize and immediately resolve any service interruptions in the future.” RC